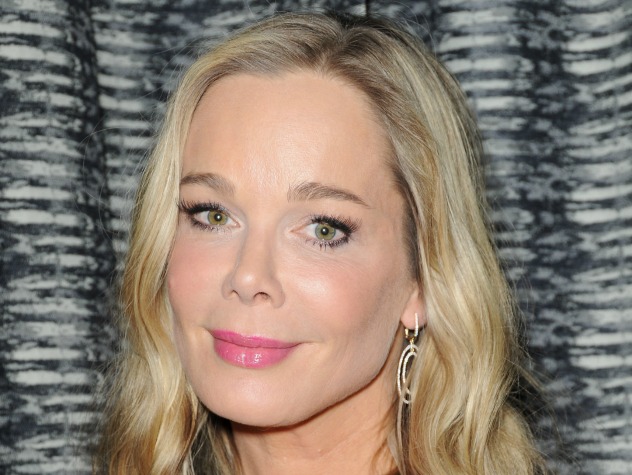 * Gave her son up for adoption when she was a teenager.
* Made a splash posing nude for a European magazine – pictures that later made it into US publications.
* Published nude photos of Bill Spencer as revenge.
* Tried and failed to make a relationship with Thorne Forrester – twice!
* Lived for a while in San Francisco.
* Matchmaker Sister – hooked Katie up with Rocco a nd Brooke up with Ridge.
* Witnessed Stephanie push Jackie off a balcony during a fight and ratted Stephanie out to Nick.
* Had an accidental hand in Brooke losing her kids by mistakenly leaving them alone when she should have been babysitting.
* Tried to get revenge on Stephanie by marrying Thorne, but was ditched at the altar after little sister Katie told Thorne about Donna’s plan.
* Moved on from Thorne to his father Eric.
* Leaned on Owen Knight while Eric was in a coma, but remained committed to her husband.
* Blackmailed by Pam into filing for divorce from Eric.

Who's played Donna Logan Forrester over the years?

A young Donna spent much of her energy trying to look after her little sister Katie. Katie had low self-esteem and flawed looks, but this didn't stop Donna from convincing Rocco Carner to date her. At the time, Donna was involved with Mark, but soon opened her eyes to the fact that he was not for her. After ending the relationship, she went on to work as a model for Tommy Boyland. As work went on, Boyland sent her to an agent named Nick Preston who convinced her to pose for a European magazine in the nude. When Bill Spencer caught a glimpse of the photos, he decided to publish them in an American magazine. Outraged, Donna teamed up with Nick and Rocco to get revenge on Bill. They hatched a plan to get photos of a nude Bill for one of Nick's magazines. Later, Donna came clean about this plot and tried to get Bill to transfer her father to LA. This failed, as did her hasty relationship with Thorne Forrester.

Donna left the city, rarely returning until 2006. On Donna's return, she began meddling in Brooke's marriage to Nick and encouraging her to reunite with Ridge. Brooke would not budge and Donna announced her intentions of pursuing Ridge, which were granted a blessing from Brooke. When her pursuit was on the verge of its goal, however, Brooke's marriage to Nick collapsed and she went running to her former lover. Broken over losing love when it had come so close to her, she sided with Nick after she witnessed Stephanie's attack on Jackie. With her as a witness, Nick and Jackie took over Forrester Creations while Donna became the company's new spokesmodel. Since then, she has been a useful ally to Jackie in manipulating the love lives of the young Forrester's in a bid to maintain the power balance.

One night, Donna, who was babysitting Brooke's children, left them alone when she mistakenly thought Brooke had come home. This error prompted Stephanie to call Child Protective Services to have Brooke's children taken away. For revenge, Donna sought out the romantic interest of Stephanie's son, Thorne, and wooed him into marriage plans.

On Donna & Thorne's wedding day, however, Donna's sister Katie overheard Donna tell Jackie that she didn't love Thorne and it was all a revenge plot. Katie told Thorne the truth and he called off the wedding at the altar.

Since, Donna has found some comfort and romance in Thorne's father (Stephanie's husband), Eric Forrester. They wed, much to Eric's family's dismay. Shortly after the wedding, the son Donna gave up for adoption came to town. While they were forming a close bond, Donna kept him a secret from Eric.

Donna got Marcus a job at Forrester, which raised the suspicions of Eric’s children who had it out for Donna. They looked into Marcus’ past and after finding Marcus’ birth certificate, they discovered that Marcus was in fact Donna’s son. Much to everyone’s shock, Eric took the news in stride and welcomed Marcus into the family.

All was well in Donna and Eric’s relationship until Pam secretly poisoned Eric because he chose Donna over Stephanie. This led to Eric having a heart attack and lapsing into a coma. With Eric in a coma, Donna was appointed control of Forrester Creations via Eric’s directive. Ridge didn’t agree with this so he led the charge in trying to take control of the company himself. He and Donna engaged in a bitter battle, which Donna eventually won.

During Eric’s coma, Owen Knight (the man who led Marcus to finding Donna) became Donna’s confidant and source of comfort. Owen confessed he was in love with her, but Donna remained committed to Eric. However, the longer Eric remained in a coma, the weaker Donna got and almost slept with Owen, which Stephanie witnessed. Donna stopped things before they went too far, but that didn’t stop Stephanie from ostracizing Donna from Eric’s life once he woke from his coma. Stephanie brought Eric home and blocked Donna’s attempts at seeing him. When Eric finally was able to get up and around, he saw Donna and Owen kissing and assumed she had cheated on him while he was incapacitated.

Donna tried to reconcile with Eric, but he wouldn’t hear of it. While he leaned on Stephanie for support, Donna was being blackmailed by Pam who threatened to hurt Donna’s family and Eric if she didn’t keep her distance from Eric. Donna caved to Pam’s demands, fearing for her loved ones’ safety, even when Eric decided he wanted Donna back. Stephanie eventually found out Pam was behind Donna ending her marriage to Eric and she and Eric set a trap for Pam. Once Pam was caught, Eric had a decision to make regarding the women in his life. Both Donna and Stephanie wanted to be with him, but Eric wasn’t ready to make a decision, so he decreed that the three of them would all live together in the same house.

Donna eventually won out and she and Eric fully reconciled. Their marriage was tested again when Bill Spencer came to town and tried to seduce her in his attempt to bring down Eric. She didn't give in and helped her husband fight the enemy. Unfortunately, Bill succeeded in taking over Forrester Creations.