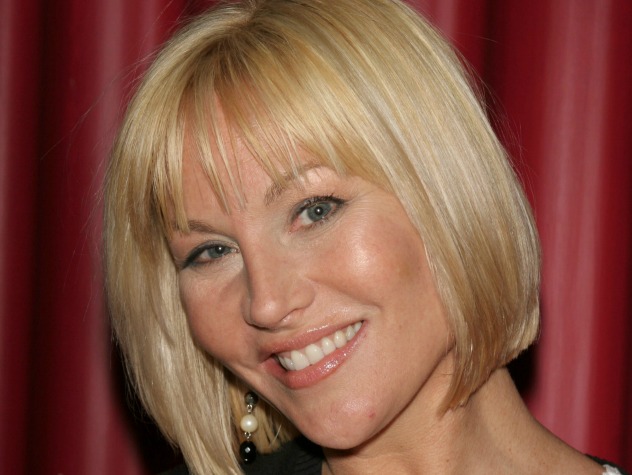 * Stole designs from Forrester Creations for Spectra Fashions.
* Died on July 18, 2006 from massive head trauma after an accident.
* Darla Dinkle (maiden name).
* 'Einstein' (nickname given to her by Sally Spectra).

Who's played Darla Einstein Forrester over the years?

Darla had a difficult path through life. Bounced between foster homes as a child, she's always clung to the possibility of finally having a lasting relationship. She served as Sally Spectra's eager assistant and had several failed relationships, with Clarke Garrison and Bill Spencer, before ending up with Thorne Forrester one fateful night which left her pregnant.

Although she initially planned an abortion, Thorne convinced her to keep the child and asked her to let him raise it with Macy. She declined his offer and, after Macy had split up with Thorne and died in an accident, she and the child's father began an ideal relationship. Soon, they were married, but the post-nuptial bliss was not to last. Coming in continual contact with Forrester meant dealing with Ridge and Brooke. Ridge's adversarial position to Thorne had her on edge and a few innocent mistakes were enough to set him off against her. The maltreatment reached the point that she almost left town in tears, only to be dissuaded by Thorne with a promise to love her no matter what.

Things did not let up for them at Forrester Creations though and Thorne eventually gave his parents an ultimatum: They had to choose between he and his brother. Both Darla and Brooke fought hard to convince Stephanie and Eric to choose their husbands, but, in the end, they sided with perennial favorite Ridge. Infuriated, Throne quit the company and, with Darla's support, he became president of Spectra Fashions. Together they fought against the Forrester family, both in business and in private.

Later, after a costly battle with Forrester Creations, Sally decided that it was time to shut the doors of Spectra. This decision was largely prompted by her failing health, a fact which Darla soon discovered. Because Sally had always been what was closest to a family for Darla, she invited her to live with her and Thorne when she retired. Over the next year, Darla kept a low profile until, one night, she got a frantic call from Phoebe after her car had broken down. When she rushed out to help her, she was accidentally run down by Taylor as she sped down the road to aid her daughter. Taylor tried desperately to revive her old friend before she was rushed to the hospital in critical condition. Soon after, she died with Thorne and Sally at her bedside.