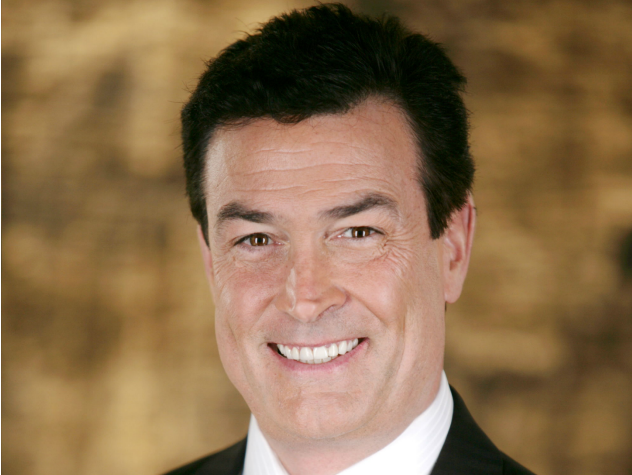 Who's played Clarke Garrison over the years?

Stephanie hired the highly ambitious Clarke to seduce her daughter Kristen, whom she felt was growing too close to Eric. Although he was rejected, he wasn't about to let his opportunity to get into Forrester Creations go by and decided to seduce Stephanie instead. She resisted long enough for Kristen to actually come to change her mind and began a relationship with him. In the course of their liaison, she began passing his designs on as her own. When Eric found out, Clarke was delighted that he was forced to hire him, since so much of his work was part of the collection already.

His relationship with Eric was still circumspect. Ridge and the other Forrester's doubted his faithfulness to Kristen, and for good reason since he was having it off with Eric's assistant, Margo Linley. She ended up blackmailing him for child support after she became pregnant and had to go to his former boss, Sally Spectra, for help. She only agreed to help him if she could use some of his designs as her own. All of this plotting was futile however, because Kristen discovered the truth about Clarke and forgave him. Nonetheless, he continued to work for Sally under a false name.

His relationship with Kristen began to fail and Margo tried to break up his marriage with the help of Mick Savage. Mick and Kristen soon left town together, leaving Clarke behind, desperate and unemployed. While he weighed the possibility of a relationship with Margo and their son, he entered into an arrangement with Sally. She would give him half of Spectra if he married her, a deal she later tried to back out of. By planting stories of their engagement in the press, he forced her hand and they were wed, though not without a pre-nuptial agreement. In no time, he was having an affair with Julie Delorean, but tried to break it off with her. An angry Julie wrote a book exposing him and threatened to publish it. Teaming up with Bill, they sent it to Sally and she dumped Clarke after he demanded that she abort their child. They soon reconciled as he helped her through her pregnancy and she brought him back into the company.

He was unhappy in the marriage however, and feigned impotence, plotting to leave Sally after he received his half of Spectra on their second anniversary. When Sally discovered this, she set him up with an affair, thus making the agreement void. With Kristen's brief return to his life, Sally got what she needed and dumped him just as Kristen soon would. He left LA in shame.

Years lated, in 1996, Spectra neared bankruptcy. In a bid to save the company, Clarke was brought back, only to face the resentment of his son CJ, whom he had abandoned. Clarke did his best to reconcile with his son, although this too included lying. He also went back to Spectra as an agent of rival company Unicorn Fashions. At the last minute, he couldn't go through with the corporate sabotage he was expected to commit and this led Unicorn to kidnap his son. Under a great threat to his life, Clarke managed to rescue his son and prove his love for him. He also began a relationship with Michael Lai, but this relationship was destroyed by rival designer Grant Chambers. Clarke would get his revenge however when he learned that Grant's marriage to Brooke was invalid. Through blackmail, he managed to get himself hired back at Forrester, but soon left when his son convinced him to return to Spectra.

In time, Clarke developed an infatuation for the devious Morgan DeWitt. Discovering her secret pregnancy by Ridge, he began to blackmail his old enemy, a choice which brought Morgan's wrath upon him. She sent a python into his office while he was sleeping and was almost killed. Escaping with a brief paralysis, he began to pursue Kristen once again when she returned to town. She rejected him. Someone else came back into his life however, his son Mark, now a practicing doctor. The two began a lengthy reconciliation and Clarke found himself arbitrating for both his sons when they became involved with Bridget Forrester. Since then, Nick brought him back to Forrester as its head designer.