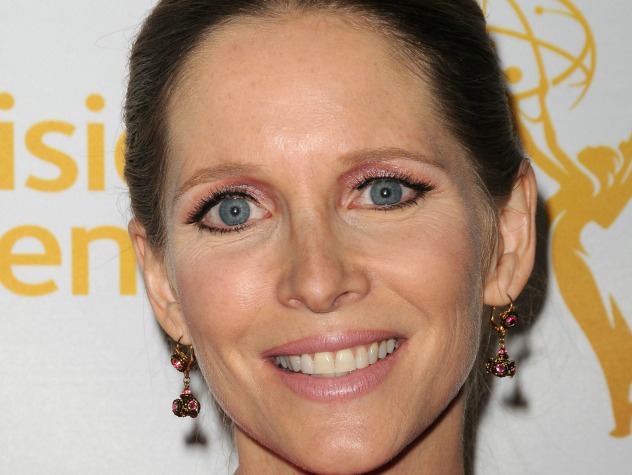 * Divorced.
* Was date-raped by Derek Stuart.
* Kidnapped and sexually harassed by Michael Baldwin.
* Played detective with Paul Williams on more than a few occasions.
* She and Paul were rundown by a car driven by Phyllis Romalotti.
* Testified for Michael Baldwin at his parole hearing.
* Once engaged to Michael Baldwin.
* Was left for dead by Paul's wife Isabella.
* Assisted the DA in prosecuting Victor Newman for commercial bribery.
* Represented Daniel Romalotti in Cassie Newman's vehicular manslaughter case.

Who's played Christine Blair over the years?

Christine Blair arrived in Genoa City in 1983 working as a model for Jabot's teen line. Known to her friends and family as Cricket, she had quite an emotional time when it came to relationships. Although she was once engaged to Phillip Chancellor, they never made it down the aisle after Chris found him in bed with her best friend Nina.

Christine went on to be date raped by Derek Stuart who chose suicide over jail time, then had a real eye-opener when her law mentor, Michael Baldwin, sexually harassed her, stalked her and ended up kidnapping and almost rapping her! In the end, Paul Williams came to her rescue and Michael was sent to prison for years.

Although Christine married her longtime love Danny Romalotti, their married ended after Danny had an affair with Phyllis Summers. Throughout her career, Chris went on assignments with detective Paul Williams and the two ended up getting married, after Cris and Paul found themselves victims of a hit-and-run accident with Phyllis behind the wheel! No one was hurt and Phyllis was never found out.

Some of Christine's most memorable law cases were working with the Newman's to gain custody of Sharon's daughter Cassie, being a go-between for the Abbott's, the Newman's, the Chancellor's, defending Daniel Romalotti in a vehicular manslaughter case and working briefly as the Assistant District Attorney. Amazingly, Christine even believed in Michael Baldwin enough to go in front of the parole board and convince them that he was a changed man! In turn, Michael was released from prison and ended up being Christine's law partner!

While Christine had thought she'd found the love of her life in Paul Williams, their marriage was filled with a lot of heartache. There came a time when Paul wanted children, but Chris wanted her career. After her first big case, while partnered up with Michael, took her to Hong Kong, Paul fell into the arms of his new client Isabella. Months later, Chris returned home and found Paul in bed with Isabella and filed for divorce and took a new case in Australia. Isabella later became pregnant and Paul married her. It wasn't until after Paul and Isabella's son was born that Chris returned to GC and realized that she was still in love with Paul! Chris and Paul had a heavily passionate one-night stand where at one point Chris had thought he'd crossed the line and raped her. However, they soon had another fling, but Chris decided, in the end, to marry Michael Baldwin, which never worked out either. However, enraged with jealousy over Christine and Paul's relationship, Isabella tried to fake her death as a way to cover up a plot to murder Chris, but Paul rescued Chris in time and had his crazed wife sent to a mental hospital. Although Chris and Paul gave their relationship another try, she ended up back in the arms of Danny Romalotti and helped his son Daniel adjust to life in Genoa City.

Christine's next best case came in 2005 when she was hired to defend Daniel Romalotti in his vehicular manslaughter case. Although Chris worked diligently to prove Daniel's innocence, Nick Newman ended up coming forward with evidence that cleared Daniel. Since then, we haven't seen Chris in GC, but know that if her legal skills are needed, she'll be back to defend in full force!