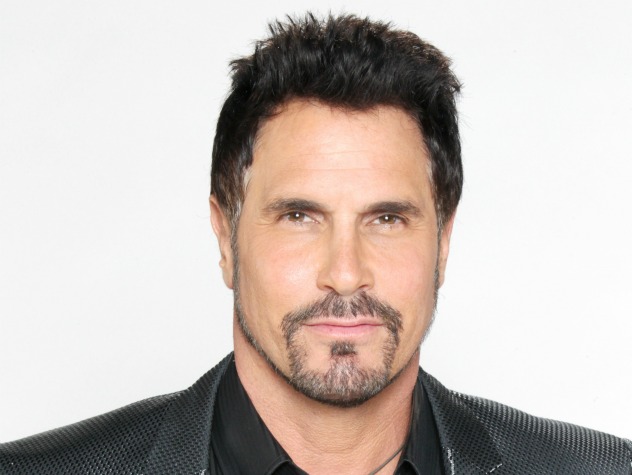 Bill Spencer, Jr. (as played by Don Diamont on The Bold and the Beautiful)

* Estranged son and heir to Bill Spencer, Sr.
* Came to Los Angeles to take over the west coast office after his father died.
* Bill teamed up with Stephanie to produce a webcast.
* Successfully took over Forrester Creations.
* Married to Katie Logan
* Father of Liam Cooper/William Spencer III.

Who's played Bill Spencer, Jr. over the years?

Estranged son and heir to Bill Spencer, Sr. He came to Los Angeles to take over the west coast office after his father died. Bill teamed up with Stephanie to produce a webcast where Stephanie talked about fashion and ripped on the Logans and Forrester Creations.

Bill tried to seduce Donna in his attempt to bring Eric down, but she remained faithful to her husband. He then struck up a flirtation with Katie after he helped her out upon finding her drunk in a bar.

Bill managed his takeover of Forrester and named Katie CEO. The two fell in love and married, but Steffy set her sites on Bill in hopes of getting Forrester Creations back for her family. He succumbed to a few kisses with Steffy which endangered his marriage.

Today, Bill is CEO of Spencer Publications and has just introduced his son and heir to the business world. Liam Cooper came to town looking for his father, and a DNA test proved it was Bill. Bill warmed to the idea of being a dad with Katie's help, and has installed Liam (William Spencer III) at Spencer Publications. After Amber came forward saying she is pregnant with Bill's grandchild, he deemed her a threat to his son and plotted to kill her. Katie found out and went to stay at Brooke's. While Bill lobbied for her to come home, Steffy put on the pressure for him to be with her instead. During a rescue mission in Fiji, Bill told Steffy he loves her. Just as Bill was ready to leave Katie for Steffy, Katie suffered a near-fatal heart attack that reminded Bill why he loved her. They reconciled, and Bill wound up supporting Steffy in her quest to net his son, Liam. He helped Steffy keep Hope away from Liam in Aspen, so that they could be married.

Bill continued to meddle in Liam's relationships, even bringing Deacon Sharpe to Italy to try and stop Liam's wedding to Hope. When the wedding ultimately went ahead, he claimed to accept Hope. Back in the states, Bill learned the union wasn't legal, and was soon back to his campaigning for Liam to stay away from Hope and open up his eyes to Steffy. On the homefront, Bill went crazy with fear when Katie announced she was pregnant, as there was substantial risk to her own health, but eventually calmed down and became a proud expectant pop.

Unfortunately, the reveal that he had sprung Deacon from jail to come between Hope and Liam in Italy, led to Katie going into premature labor. Bill coached her through the delivery and she nearly died on the table. Bill then had to cope with her distrust of him after returning home with their new son, Will. Katie went into a depression and took off, leaving Bill searching for her, and managing with the newborn with Brooke's help.

During their time without Katie, Bill and Brooke bonded, flirted, and finally kissed when he supported her through Stephanie's death.

Bill and Katie reunited when she beat her post-partum depression. Bill faced Hope after his deception in Italy came out and since Caroline was responsible for telling Hope, they argued. When Bill pulled away from Caroline she fell over his railing and ended up hospitalized. Bill debated with Katie over whether his drinking was a problem when it came to light he'd had a few before the incident with Caroline.

Bill recently learned that Liam and Steffy are having a baby and was thrilled that a new generation of Spencers was on the way.

Bill encouraged Brooke to resurrect her Brooke’s Bedroom lingerie line for Forrester and helped her orchestrate a fashion show during one of Thomas’ presentations. Taylor saw the two of them celebrate and encouraged Katie to break it up. She did, and when Bill tried to have sex with Katie later she refused. He got drunk and got behind the wheel of his car, but crashed when he swerved to avoid hitting Brooke. She hid his car and lied to Katie about why he was sleeping over.

When Katie found Bill in Brooke’s bed she removed her wedding ring. She left and Bill and Brooke had sex for the first time. After, the hospital called to tell them Katie had suffered a heart attack and had been admitted. Bill felt bad, but still wanted to be with Brooke – until Katie woke up, apologized and asked for her ring back. They agreed to keep their affair a one-time thing, and a secret.

Bill helped Liam through his grief when Steffy lost the baby in a motorcycle accident, urging him to not take his anger out on his wife. He also helped Caroline dig up information about Maya and manipulated the situation to get pictures of Maya with her criminal ex, but he backed off when Rick asked him to.

Meanwhile, Brooke found out she was pregnant with Bill’s baby. When she went to Bill and Katie to confess, she fainted. She later told Bill she miscarried his baby and they mourned together. Their grief escalated when Taylor exposed their affair at Katie’s birthday party. Katie threw Bill out.

Bill moved in with Liam while trying to woo Katie, but she moved forward with the divorce anyway. She got the house and one percent of Spencer Publications. His sister Karen was majority shareholder however, and she made Katie CEO, who then threw Bill out.

Through Hope’s manipulations, Bill ran into Quinn Fuller, a flame from his past who bore him a son he was unaware of, Wyatt. Wyatt was initially furious with Bill, but the two soon bonded.

Katie considered taking Bill back, but tested him first. She invited him to babysit numerous times with Brooke, secretly watching them interact on hidden camera. She saw nothing between them and was going to take Bill back. But he found the cameras first, left Katie for good, and boarded his private jet to Monte Carlo to find Brooke. He professed his love to her and when they returned to LA he moved in with Brooke.

Wyatt was unhappy with Bill abandoning his family, but Bill was able to get close with him again after Brooke encouraged it. Bill asked Brooke to marry him as soon as the divorce was final and she agreed.

After a scary mountain climbing trip in Aspen, Bill told Brooke he wanted to put his family with Katie back together. When they returned to LA, he reunited with Katie. He slept with her and was able to get her to sign papers giving him joint custody of Will and control of Spencer. But it was all a trick to get everything he wanted, but when he went to Brooke, she denied him and retrieved the documents for her sister.

Bill refused to give up on Brooke, even when Ridge returned to town.