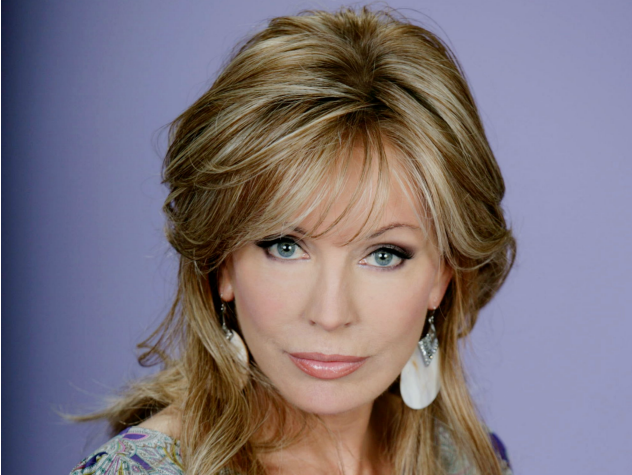 Lesley-Anne Down currently portrays Jacqueline Payne on The Bold and the Beautiful. She was born and raised in London, England. By the age of 10, she was modeling and acting in commercials. At the age of 15, she had already completed four films and was voted Britain’s Most Beautiful Teenager.

Lesley-Anne starred as Georgina Worsley in the British series Upstairs, Downstairs from 1973-1975. She later starred in numerous feature films that include, The Pink Panther Strikes Again, The Betsey, A Little Night Music, The Great Train Robbery, Rough Cut, Sphinx and Hanover Street (opposite Harrison Ford). Down also appeared in several television movies /miniseries. These include The Hunchback of Notre Dame, Indiscreet, Arch of Triumph, Days of Pompeii and North and South (as well as its two sequels).

She appeared in six episodes of the smash hit prime time television series Dallas as Stephanie Rogers. Prior to joining The Bold and the Beautiful in March 2003, Down portrayed Olivia Richards on Sunset Beach and Lady Sheraton on Days of Our Lives. In addition, she has stage credits in Hamlet and the musical version of Great Expectations.

Lesley-Anne and her husband, Don E. FauntLeRoy met while filming North and South. They reside in Malibu, California, with their son George-Edward (1988). Down has another son Jack (1982, from previous marriage to film director William Friedkin). She is also a Stepmother to FauntLeRoy’s two daughters, Season and Juliana. She is an animal lover and a collector of Victorian children’s books.

Golden Globe Award Nomination, Best Performance by an Actress in a Supporting Role in a Series, Mini-Series or Motion Picture Made for TV for North and South (1986)

Tokyo Olympics Full TV & Streaming Schedule: How To Watch Everything On NBC & Peacock, Including Two Days Of Track & Field – Update