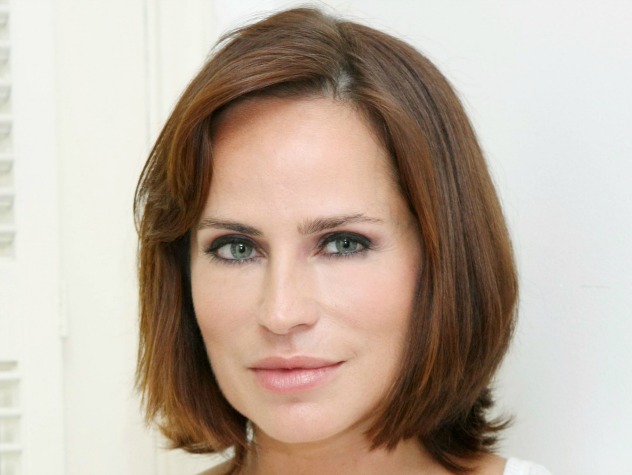 Crystal Chappell (Danielle Spencer on The Bold and the Beautiful)

A native of Silver Spring, Maryland, Chappell studied computer science at Coast Carolina College. Switching gears to journalism, she also attended the University of South Carolina. While on a break from her studies, Chappell won the lead in the University of Maryland's production of Beauty and the Beast, a role which required her to enroll in the university's acting program. While in the program, Chappell was cast in a production of Spring's Awakening, which made it to the finals of the National College Theatre Festival where Chappell performed at The Kennedy Center.

Upon graduation, Chappell moved to New York City to pursue an acting career. Inspired by the book Sanford Meisner on Acting, Chappell wrote the author and famed thespian, who later invited her to join a group of students at his home in the West Indies for intensive theatrical training.

Crystal Chappell made her debut on Guiding Light in 1999 playing the role of the very ambitious Olivia Spencer. A 2002 Daytime Emmy Award-winner for Outstanding Supporting Actress, Crystal was nominated again for the same award in 2005. Chappell is known to daytime audiences for her portrayal of Dr. Carly Manning on Days of Our Lives and Maggie Carpenter on One Life to Live.

In addition to her daytime television roles, Chappell guest-starred on Walker, Texas Ranger, Pensacola, Wings of Gold, Burke's Law and Diagnosis Murder. Chappell resided in New Jersey with her husband, actor Michael Sabatino, and their sons Jacob Walker and Dylan. She moved to Los Angeles to reprise her role as Carly, on DOOL, and later, "The Bold and the Beautiful."