Quite a few people are hard to kill on The Young & The Restless when you think about it. Mrs. Katherine Chancellor (Jeanne Cooper) just came back from the dead as it was discovered Marge Cotroke, Katherine’s double, really died instead (Chancellor wasn’t sure as she had amnesia); Sheila Carter (Kimberlin Brown) never seems to die but lives on another day to have plastic surgeries and make more attempts on Lauren’s (Tracey Bregman) life -although supposedly she is truly and really dead now (sure she is); Phillip Chancellor III as we’ve discussed just came back after being dead for nearly 25 years; John Abbott (who was played by Jerry Douglas) is genuinely dead but still on the show several times a year as a ghost. The Young And The Restless might win an award for the most storylines mixed up with the reemergence of people who were suppose to be dead.

However, no soap character has suffered more "deaths" than Days of Our Lives Stefano DiMera (Joseph Mascolo). Without a doubt this guy is the king of the zombies – his alias is "The Phoenix". This guy has died by stroke, heart attack, brain tumor, drowning, fire, gunshot, plane crash, car crash, car submerging in icy waters or erupting into a fireball – many of these examples he died by more than once and some of them happened in combination – meaning he was both blown up and drowned on a few occasions. He has also faked his own death a few times. Why not? Stefano (as seen in the header photo, back from the dead in 2007) has been supposedly killed off possibly over a dozen times; it has to be a record – even for soap operas. There are also about a dozen people around him who’d like to kill him now. It’s lucky he lives in a soap opera city where you can’t die.

Stefano DiMera amongst many other lucky-to-be-alive soap characters proves my contention that you can’t really be killed in the soap world. You are never truly "dead", not ever - not really really undeniably dead. Even if the writers want you gone and cleverly write you off; you could easily be reborn after an aggressive fan-based Facebook campaign. It could always have been a bad dream or something. It’s probably been long enough since Bobby Ewing (Patrick Duffy, Stephen Logan, The Bold and the Beautiful) showered in Dallas to pull that one out again. 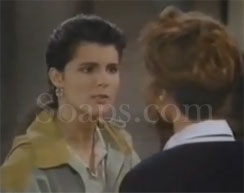 When are you dead in a soap opera? I mean dead dead really truly dead dead for sure dead. Not coming back ever dead. Is it even possible? People have been burned alive, drowned, stomped on, crashed in cars and planes and trains, dropped from cliffs into active volcanoes and they still came back to life. Some people in the real world stumble and fall and die in minor freak accidents but people on soap operas can be eaten by wild lions and somehow manage to be back two years later. When I hear someone died on a soap opera I never believe it. Almost always they are back within a month or two… usually a tad different from their former selves. It works nicely as a plot device since death usually has a “life changing” impact on a person.

These “thought to be dead” people are “changed” because generally when you come back from the dead you have also had amnesia and led a foreign life for awhile before you came back to your senses or you were found by family or friends. If you didn’t have amnesia and instead faked your death then you usually come across like a jerk. When you’ve staged your death and then reveal that you are still alive, a lot of people get upset; mainly your parents and your wife and kids. If your wife has remarried she might be extra upset. On The Young and The Restless Phillip Chancellor III (Thom Bierdz) staged his own death because he said he didn’t want to deal with the stress anymore of hiding his homosexuality. So he faked his death for 25 years and when he revealed he was really alive… a lot of people weren’t very happy. They were happy he wasn’t dead but now that he wasn’t they wanted to kill him for keeping it a secret for so long. But they can’t kill him because (as we are discussing) it is pretty much impossible to kill a soap opera character.

How would you do it if you were a writer and wanted to make absolutely certain the character you are killing stays dead? Gunshot to the head? Pretty sure – no; even in real life a lot of people survive a gunshot to the head. By fire? Nope. Several people have escaped fires, gotten amnesia and then reappeared later on that year or sometime during the next year. Crash in a plane or a car or being run down by a train? Most likely all done and survived by someone somewhere. I’d have to say the most convinced I’ve ever been is when Y&R’s Brad Carlton (Don Diamont) was found under the ice, very dead from drowning after saving Noah (Kevin Schmidt). Jack (Peter Bergman) later referred to him as the “Bradsicle”. Brad seemed really dead. I don’t think he’s coming back.

Besides, he’s on a new soap now. It’s not a “for sure” sign but a solid sign your favorite soap character is truly dead (or at the very least not coming back) when they show up on another soap on another network. Sure, they can recast the role but in general when the actor shows up on another soap; that does seem to mean your character is truly dead or that vacation they are taking is going to be a really long one. Sometimes the fate of your character can be easily deduced by reading what is going on with the actor. Days of Our Lives’ Joe Mascolo (Stefano DiMera) is the exception to this rule. It was looking pretty rough for Victor Newman (Eric Braeden) last fall but one renegotiation later for the actor and Victor’s right at the front of plotting and terrorizing again; or possibly being terrorized now by his dead son. Who is not actually dead either, even though he was stabbed, beaten and set on fire…

All My Children, General Hospital and One Life to Live Video Promo! 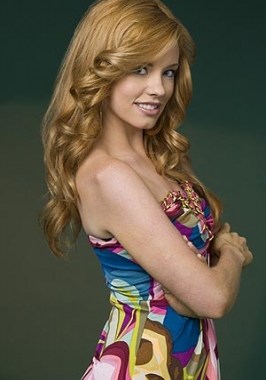