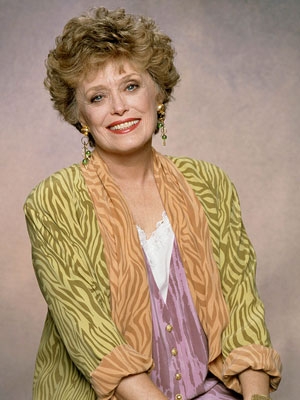 A woman who provided many laughs…

Soaps.com regrets to report that former soap opera actress Rue McClanahan has passed away at the age of 76 as a result of a stroke.

Though she was most recognized for her role as Blanche Devereaux on “The Golden Girls” Rue also appeared in the former soap opera “Another World” as Caroline Johnson from 1970 to 1971. Throughout the years she appeared on a variety of Primetime hits and films and starred with some of the most popular actors of the entertainment industry.

We want to send our deepest condolences to Rue’s family and friends. She brought us years of laughter and left us with many fond memories.