SOAPnet To Go Off The Air 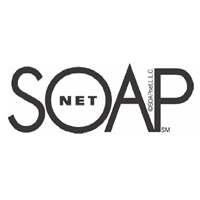 Coming to an end…

Please contact your current provider to find out if your area/viewing will be affected and when.

TV Guide is reporting that SOAPnet will officially be replaced by Disney Junior on March 23 in most cable and satellite homes. Those areas where SOAPnet remains will soon go dark as well when Disney finishes finalizing deals for Disney Junior.

Deadline is reporting that over the last few weeks Disney Junior is having issues with some of its cable contracts, which has resulted in its January 2012 launch to replace SOAPnet to be pushed forward to Spring 2012. This in turn would mean that SOAPnet and Disney Junior would run simultaneously and be brought into homes in different areas. This move could go on for years and could cost the network to have even more money issues.

Soaps.com will keep readers posted on any new developments surrounding this launch.

Disney/ABC Television Group has just announced that the popular soap opera channel SOAPnet will be replace with a 24-hour network for pre-schoolers, Disney Junior, in January 2012.

Although fans will have 18-months to still enjoy the soap channel the network will continue to bring the three ABC soaps All My Children, General Hospital and One Life to Live into the homes of millions, as well as still offer full-episodes on their website.

Disney co-chair Anne Sweeney stated, “The launch of Disney Junior in the U.S. is the next step in our global preschool strategy, which began 10 years ago with the premiere of our first dedicated preschool channel in the UK. The decision to ultimately transition SOAPnet to accomplish this was not arrived at lightly. SOAPnet was created in 2000 to give Daytime viewers the ability to watch time-shifted soaps, before multiplatform viewing and DVRs were part of our vocabulary. But today, as technology and our businesses evolve, it makes more sense to align this distribution with a preschool channel that builds on the core strengths of our company.”

Soaps.com wishes everyone involved the very best in their future. As always, if your busy schedule prevents you from viewing your favorite ABC soaps feel free to stay up-to-date through our Daily Updates.