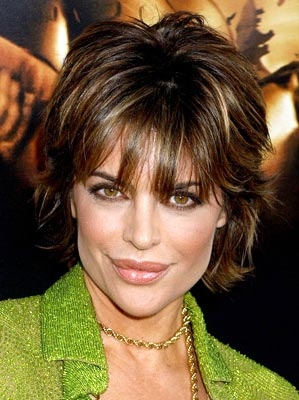 Here’s a shocker for all you Daytime Emmy fans! Lisa Rinna is going to replace Joan and Melissa Rivers as TV Guide Channel’s red-carpet hostesses.
Rinna recently started working for TV Guide Channel and will be hosting five red carpet pre-shows and headlining five fashion recaps annually! For those of you who aren’t aware, Lisa once portrayed daytime’s ‘Billie Reed’ in NBC’s Days of Our Lives. Lisa also danced in “Dancing With The Stars 2”, played hostess to ‘Soap Talk’ for SOAPnet and is also scored a nomination for ‘Best Talk Show Host’ in this year’s Daytime Emmys!

If you haven’t had the chance to read it, here’s the list of nominees for the. 2007 Daytime Emmy Awards in Hollywood. Details are within! Soaps.com will be covering the awards directly from Hollywood in June, so stick around for the pre-Emmy notifications and pre-Emmy party discussion!

Don’t forget to vote on Soaps.com’s Sudzies Awards in our message boards! Check it out here!

Good luck with your nomination, and new job, Lisa!