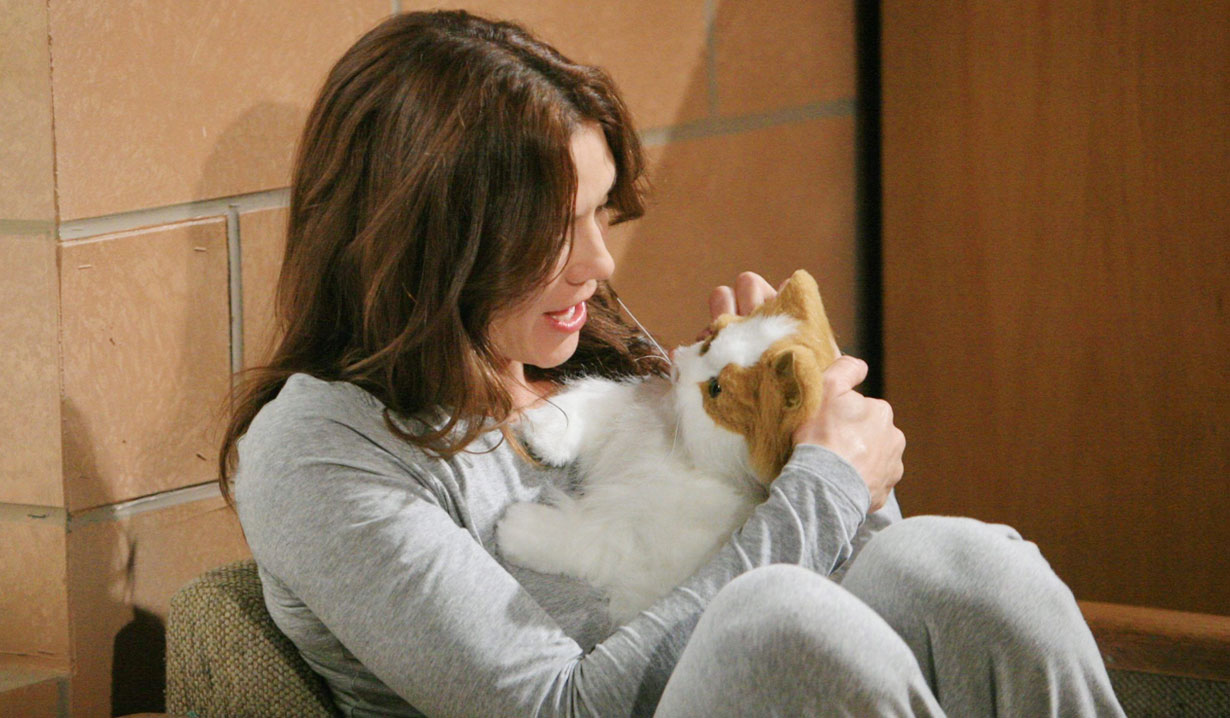 In a perfect world we wouldn’t have to do laundry or wash dishes and of course, we’d all be rich.

Soap operas are not like your average sitcoms, reality TV shows, HBO specials, movies or real-life, even though we can argue that most shows are soapy. That’s why they can be so much fun to so many. From time to time, though, we do notice a few oddities that make us grin or shake our head. Read our top ten oddities, as discussed by the Soaps.com writers.

10. Share and share alike.
Nearly everyone is related to everyone else or has shared the same lovers. It’s creepy. “Bold and the Beautiful” wrote an incestuous relationship when Uncle Rick and Steffy got together. It was true love when cousins Jonathan and Tammy got together on “Guiding Light” and “Days of our Lives'” adopted Uncle Max wasn’t creepy at all. In fact, he was considered one of the hottest guys on the show, however, he had a relationship with his niece Stephanie then shacked up with another niece, Chelsea.

9. No pets in daytime.
No one has a sustained relationship with their pets. Pets are rarely mentioned but when a character has one, it’s rarely seen, unless it fits into a storyline. “The Young and the Restless'” Victor Newman’s dog, Zapato, was seen probably the most of all pets in soap operas and the poor thing died after poisoned by crazy Patty Williams, who calmed herself from her inner demons while stroking her cat the infamous “Kitty.”

8. Their lives are mundane free.
They’re chore free, in fact. Not that we want to see them washing dishes, using the bathroom, vacuuming the floor or mowing the lawn, but their houses are always immaculate, except for the odd time you see somebody folding laundry. In an episode of “Bold and the Beautiful,” zany Pam found Donna’s leopard print thong while folding Eric’s laundry. After putting Ciara down for a nap a few years ago, Hope folded laundry while discussing Chelsea’s virginity on “Days of our Lives.” In one episode of “General Hospital,” Robin was folding laundry as Patrick left for work and on “Young and the Restless,” a shirtless Michael was seen folding laundry one day when Lauren arrived home. Other than that, their houses are immaculate.

7. Nobody works. They’re all rich.
Even the ones who seem to be on welfare. “DOOL’s” Sami Brady, anybody? Even those who have jobs seem to spend their days visiting their enemies rather than working. They’re all dressed to the nines and nobody wears anything twice, yet when do they find time or money to shop for all of these great items? We’ll get into this more in a minute.

6. Lack of remodeling done.
While we can understand that it costs money to update the sets, as it does to do any household update of our own, we really wish some of the main backdrops of Llanview, for example, would get a little overhaul once in a while. Places like the Buchanan mansion living room, Dorian’s mansion, the dreary Angels Square Hotel and especially Viki’s bedroom wallpaper – we’ve been seeing that rose pattern for decades.

5. Temporality.
There’s no clear or consistent sense of temporality. In one given episode a character can be seen rushing to work, to a hotel to give her daughter money, back to work and then back to the hotel at least three times that day in the span of an hour. Do they all live in extremely small towns? One character gets off the phone from home – with another – and shows up on their doorstep in the next scene.

4. Rip off.
It appears as though they keep ripping off ideas from old movies. “As the World Turns” has taken a page out of the 1996 movie “Mary Reilly” and the 1990 Patrick Swayze and Demi Moore romance “Ghost” most recently when Brad died and returned a ghost. “Guiding Light” and “Days of our Lives” have both used “Gone With The Wind” storylines and at Christmas, both “Guiding Light” and “The Young and the Restless” have riffed on “A Christmas Carol,” “Phantom of the Opera” and “James Bond,” to name just a few. But then what movie or television show hasn’t?

More: Soap characters who are hooked on marriages

3. Great wardrobe.
They’re always wearing something new. “All My Children’s” Erica immediately comes to mind. Never do you see a repeated outfit. The wash cycle for an average person is a week. Outfits shouldn’t start reappearing until a week after they’ve already been seen, but not in soaps. They have no washing. The shows with the larger budgets have their characters wearing the latest fashions, while the low budget shows are wearing K-Mart, but at least you never see the same blouse twice. Even if it is from K-Mart.

2. “I did it for the children.”
They claim to do everything for their children but often their reasons are selfish. Kate Roberts DiMera from “Days of our Lives” does anything for her kids, including trying to murder her daughter-in-law when she strayed outside the relationship. Dorian Lord from “One Life to Live” always makes it a point to remind anyone in the same room that everything she does is for her children. She recently told Charlie that as mayor, she’d give him the key to the city if only he’d kill Mitch. This of course was a way for her to fill the void of Jared being gone and continue to protect her Cramer girls.

1. They’re doomed to more trials and tribulations than hundreds of people in reality.
One character in any given show can have at least 10 horrible things happened to them that a person may never have happen in their lifetime. Multiple arrests, rape, torture, murder, baby switches and multiple marriages, they die, they come back to life… We’ve all lost count how many times “The Bold and the Beautiful” has Ridge flitting between Brooke and Taylor like a bee pollinating two beautiful flowers. Sami Brady (“Days of our Lives”) has been raped, has drugged and raped a man, she had amnesia, faked amnesia, been on death row, been in a police safe house twice, lost a baby, had a baby kidnapped not once but twice, has been married several times, even marrying her enemy in order to end a vendetta, she changed her appearance to a male as part of a revenge plot, and oh so much more drama. And she’s only, what, thirty? On “As the World Turns,” Lisa Miller Hughes Eldridge Shea Colman McColl Mitchell Grimaldi has been married at least seven times. “B&B” and “Y&R’s” Sheila Carter has done it all and even made up a few. She has switched a baby at birth, killed repeatedly, escaped from jails, psychiatric hospitals, poisoned people, kidnapped people and had plastic surgery to look like her arch-nemesis’ best friend in order to take her down… really. Need we go on? 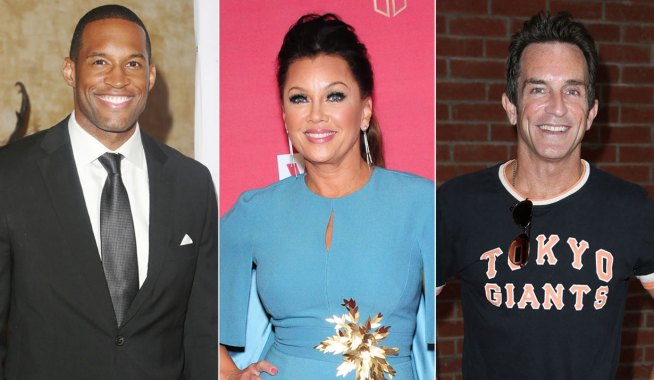 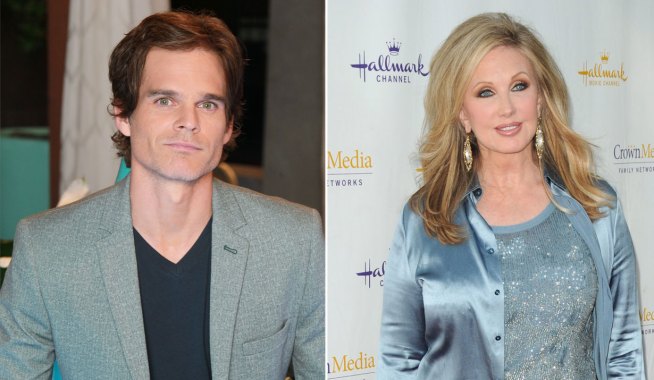