Sometimes once is not enough. On General Hospital, Felicia Jones (Kristina Wagner) actually had Amnesia twice. One of those times thinking she was another person, Phoebe, who was a carnival worker. On the same soap, Jason Morgan (Steve Burton) might be one of the few people with a ‘realistic’ form of Amnesia. In 1995, Jason was in a car accident and suffered head trauma. When he woke up he had no recollection of who he was and found he despised the Quartermaines, except for his sister, Emily (Amber Tamblyn) and Lila Quartermaine (Anna Lee), his grandmother. Jason never fully recovered his memory and had neurological damage that is present to this day in the form of muted emotions. Although, possibly from a surgery he needed after having horrible headaches, Jason started showing some emotions and at times now is actually lighthearted. I like to believe this is due to his friendship with Damien Spinelli (Bradford Anderson).

How about when Days of Our Lives villainess, Samantha Brady (Alison Sweeny), tried to keep Austin (Patrick Muldoon) and Carrie (Christie Clark) apart by faking her Amnesia after her memory returned from an accident? She probably would’ve been better off with Amnesia after all she’s been through and done to people. Not only did her husband run her down with a car to give her Amnesia – accidentally- he’s also in love with her sister. Not that this was news to her. If anyone needed a new Amnesia created life, it was Sami (Alison Sweeny). Or how about when a soap opera character will get pieces of their forgotten memories back tidbit by tidbit? Such is the case with Michael Corinthos (Drew Garrett) from General Hospital. It was bad enough that he pulled a Rip Van Winkle for a year but it had to quite a shock for him when he woke up as a 17 year old boy when he’d been just 10 the year before?!? (They SORAS’ed him!) Even worse, his lost memories are about Claudia’s (Sarah Brown) guilt confessions for placing a hit on his dad (her husband) where he was accidentally shot instead, sending him into a coma. I guess it all worked out. He bludgeoned her to death with a bat to save his mom and his born-that-day baby sister, who wouldn’t have been born in the first place without Claudia’s help. At least Taylor Hayes (Hunter Tylo) from The Bold and the Beautiful ended up married to a Prince (Kabir Bedi) while she suffered from her Amnesia. Another case of where the character might have been better off with the Amnesia. That way she wouldn’t have to return, after being presumed dead, to get back into that twenty-five year old love triangle with Ridge (Ronn Moss) and Brooke (Katherine Kelly Lang). I wish I had Amnesia on that one.

That certainly is a lot to stomach, even for soap opera viewers who suspend a lot of reality for the sake of these storylines. It isn’t so much that Amnesia, itself, in its various forms does not occur. After all, The National Health Institute estimates that 1 in 4 persons will suffer from some form of Amnesia or memory disassociation disorder. It is that Amnesia rarely and possibly never takes the form so commonly used on television, especially in Daytime soap operas. It’s ok though, because Amnesia is a wonderful tool in soaps. It can save your favorite character. One who has perhaps drifted too far to the dark side or done something unforgivable. It is a chance at redemption. It certainly isn’t the most overused storyline though. The ability to come back from the dead tops it by a mile! 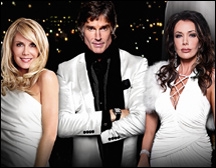 Amnesia storylines in soap operas are about as common as extramarital affairs. Amnesia, the soap opera variety at least, is basically a fairytale, a device employed by television writers, to take artistic license with Amnesia to change a plotline or create a twist where a villain can actually become a hero. Stories about real Amnesia wouldn’t be nearly as interesting. I would think everyone knows TV Amnesia isn’t real and that this is common knowledge, but I make this mistake with people quite a bit. Sort of like when I’m surprised that people don’t know that the way to restore an old yucky cookie is to stick it in the microwave for about 15 seconds. What? You didn’t know that?

Even rarer than soap opera Amnesia is when a person with Amnesia actually gets their memory back after a long period of time after receiving a second blow to the head. That trauma could simply result in death. I remember a “Gilligan’s Island” episode where Gilligan had Amnesia and the Skipper spent the rest of the show trying to whack him in the head so he could have his ‘little buddy’ back. Eventually, a coconut dropped accidentally, striking Gilligan on the skull and restoring his memory. This just doesn’t happen in reality.

Real Amnesia generally occurs due to toxins, including alcohol and can also occur when there is trauma to the head when alcohol is not present. Besides the actual Amnesia there are usually other psychological or physical effects, which can be permanent. Amnesia can occur due to psychological abuse and these memories may be restored via therapy or after the passage of time. Many people who are in serious accidents have no memory of the accident as well as the moments, sometimes days or even years, leading up to the event. These examples describe Retrograde Amnesia, which is the inability to remember some things in the past. Many Amnesia suffers have Anterograde Amnesia, the ability to remember new events. Those people will be unable to recall those new events ever because the main issue is that no memory is stored, thus cannot be recalled.

Soap operas love the use of Amnesia as a plot device, where the victim is more or less normal and can function normally but has no idea who they are or may believe they are someone else. Amnesia in Daytime television can even run in families. On The Young and the Restless, both father and son have had it. Now and then a soap opera character will get pieces of their forgotten memories back tidbit by tidbit. Such is the case with Michael Corinthos (Drew Garrett) from General Hospital. It was bad enough that he pulled a Rip Van Winkle for a year but it had to be shocking to him that he woke up as a 17 year old boy when he’d been just 10 the year before. Even worse, his lost memories are about Claudia’s (Sarah Brown) guilty confessions for placing a hit on his dad (her husband) when he was shot instead, sending him into a coma. I guess it all worked out. He bludgeoned her to death with a bat to save his mom and his born-that-day baby sister, who wouldn’t have been born in the first place without Claudia’s help. Y&R’s Victor Newman (Eric Braeden) as well has his son, Nick (Joshua Morrow) suffered from Amnesia – only to gain their memories back. Nick didn’t remember that his daughter was dead and he was now married to Phyllis (Michelle Stafford) instead of Sharon (Sharon Case) which started a painful continuation of that love triangle that frankly, I can’t bear to watch anymore. Nick’s brother, Adam (Michael Muhney), better hope he gets ‘Newman Amnesia’ because it may be the only way he finds his way back to being a ‘good’ character. Maybe Katherine Chancellor (Jeanne Cooper) is related to the Newman’s too as she had a very long experience with Amnesia, believing she was Marge and finding her current husband (Michael Fairman) during her memory loss period. He’s a nice guy, so I liked how that turned out much more than Nick’s Amnesia. 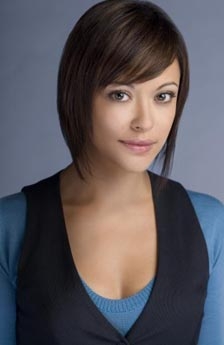