News Roundup: A Mindblowing Hookup, Behind-the-Scenes Revelations and a Thrilling Look Back at 2022 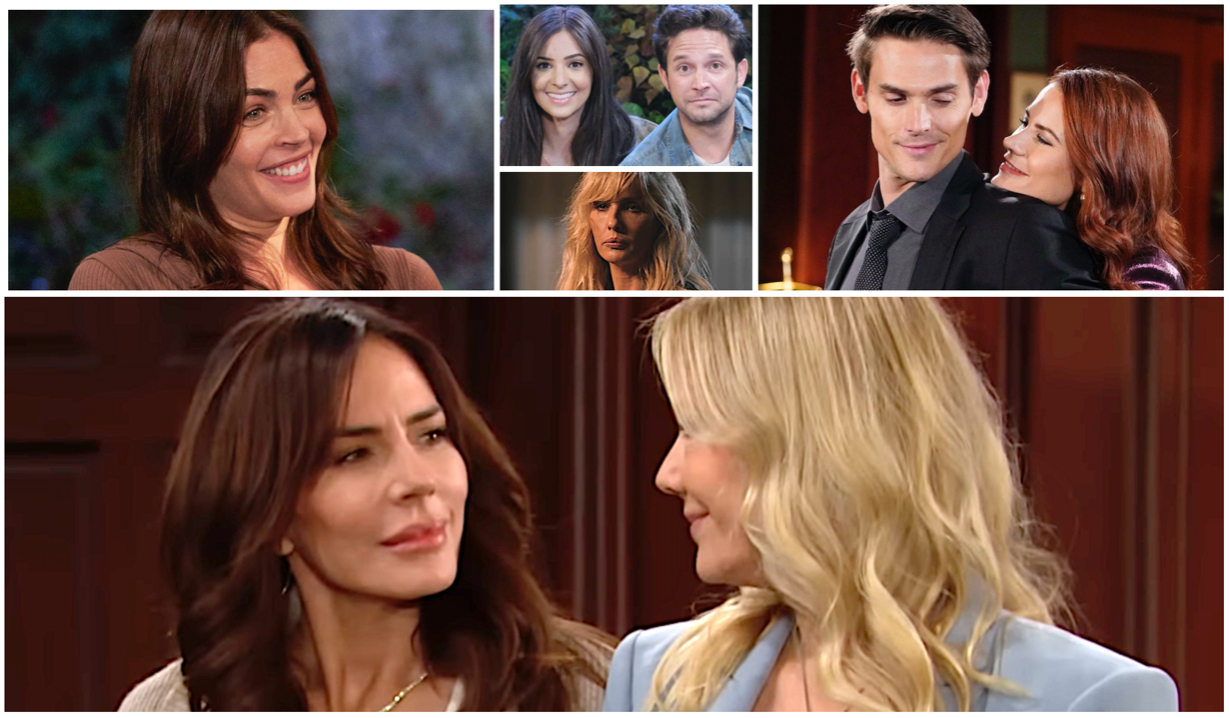 Between exchanging Christmas gifts and getting ready for New Year’s Eve, you probably took your eye off the soaps for a few minutes last week. Well, we’re here to tell you all the stuff you missed — both on screen and off — where Days of Our Lives, Bold & Beautiful, General Hospital and Young & Restless are concerned! From unexpected hookups to real-life revelations, we’ve got it all… including a few primetime tidbits. 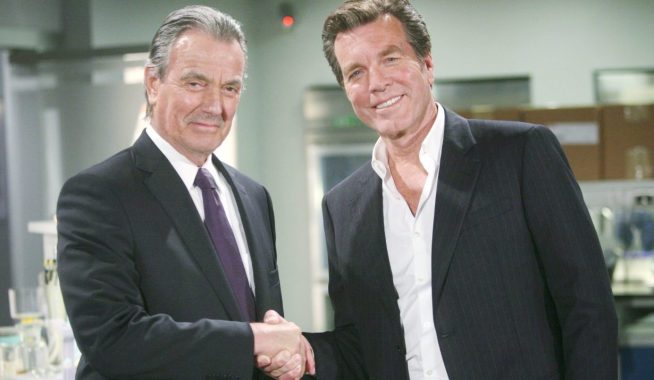 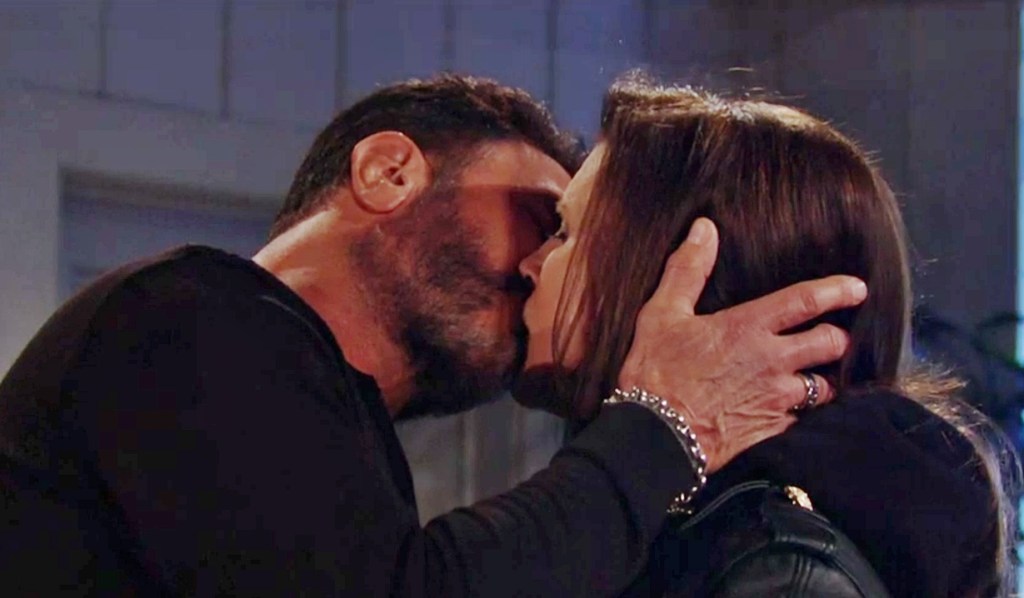 With one stunning reveal, Bold & Beautiful once again left our jaws on the floor — and prompted Don Diamont to speak out on the Bill and Sheila twist we never saw coming!

Obviously, Bill and Sheila’s big secret had everyone talking. But in this week’s column, Richard wonders if things might be different than everyone assumes. Plus, he offers up his favorite — and least favorite — moments of 2022.

What Went Down Last Week: Thomas was fired from Forrester Creations for having framed Brooke for the CPS call. Taylor and Brooke spent some time bonding as friends. Katie and Carter  shared a passionate kiss, and he gifted her with a heart necklace. Speaking of passion, Steffy and Finn were gearing up for a night of it when Sheila busted in wanting to explain herself. Finn strong-armed his mother and vowed she was going to jail, but everything changed when Bill arrived. Steffy and Finn were horrified when Spencer informed them that he and Sheila are an item, and proceeded to blackmail his former lover — if they send Sheila to prison, he’ll do the same to Taylor (for shooting him years ago). 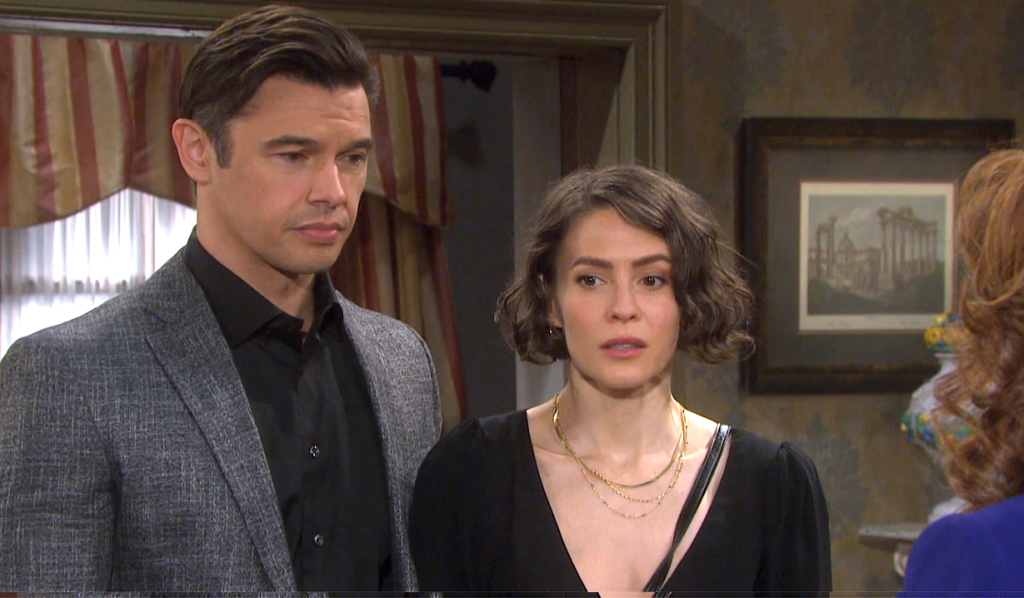 Well, the cat is out of the bag and soon Sarah’s going to tell everyone what Xander did to Bonnie and Susan. At this point, ‘Xarah’ are all but dead in the water… or are they? Things are dire, but there is still one surprising hope for these two!

Lori took over this week’s Days of Our Lives column, and she had a heck of a good week to comment on! Read her thoughts on John Aniston’s final scenes as Victor, Xander’s lies coming to light and that big Gabi shocker!

What Went Down Last Week: John Aniston made his final appearance as Victor Kiriakis when he slung his trademark insults at Leo and Sonny. This was before Will came home to find Leo living with his husband, who refused to kick out his former harasser. Chad interrupted Stephanie and Alex’s romantic Christmas. Feeling for the widower, Alex invited him to stay and play video games with them. A skeptical Sarah confronted Xander about his crimes, and he had no choice but to confess. She declared they were over. Gabi remembered everything about Stefan’s brainwashing just after she said “I do” to Li. Rafe and Jada hauled him and Kristen to the station, but Rafe let them go, hoping to lull them into a false sense of security. As the clock struck midnight on New Year’s Eve, EJ and Nicole kissed, Johnny and Wendy kissed, Kristen discovered Rachel was missing (as part of Brady and Eric’s plan to get the orchid from Kristen), and Gabi burst into Chloe and Stefan’s Miami hotel room to find them naked in bed together. 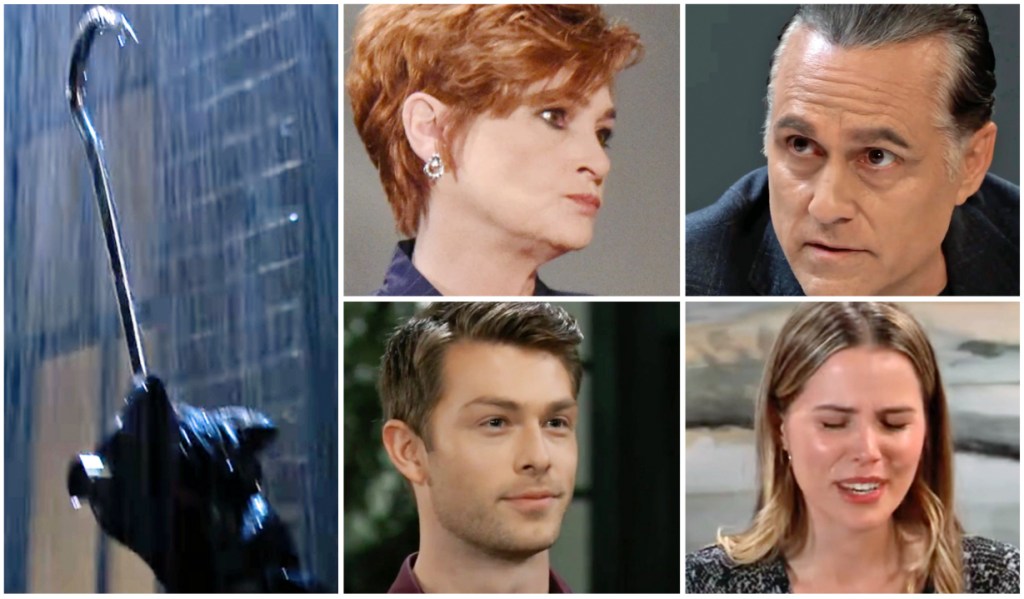 2022 hooked us with a slew of surprising stories, red-hot romances and a serial killer straight out of a horror movie! Relive all the madness in Port Charles as we take a look back over the wild and crazy year.

It’s not unusual for soap parties to be relatively low-key affairs, but as Dustin writes in this week’s column, Britt’s was definitely an exception. Why it was so much fun, plus thoughts on who might be the hook’s next victim!

What Went Down Last Week: Drew located a photo of Josiah, the commune leader in Arizona where Harmony arrived with baby Willow back in the day. He tried to match the old photo with ones in a portfolio of Josiah’s from the area, but Carly managed to locate the right one and swipe the file before Drew could see it. After learning Nikolas claimed to have slept with Liz, a furious Spencer vowed to be a better man than his father and started by apologizing to Ava for everything he’d done. Laura was equally disappointed in her son and begged him to turn away from Victor and his influence. Over in the Netherlands, Anna and Valentin met with Andre Maddox, who provided them with information that Victor has a secret underground base in Paris, which may be where Lucy is. Britt tasked Maxie and Brad to work together planning her New Year’s Eve birthday bash. Before the party, Obrecht learned Britt planned to leave town at the stroke of midnight. Britt told her mother she was going on a vacation around the world. At the party, her friends gifted her with a photographic celebration of her life. As the drag queen hostess counted down to midnight, Britt gave Obrecht a look before slipping out. Spencer and Trina put into motion their plan to lure Esme out at the party, not knowing she was not the hook killer. The hook stalked the party, but it was Joss they went after on the pier. And Esme set fire to her Christmas tree in order to escape, but Nikolas cornered her on the parapet. Esme took her chances and dove over the edge! 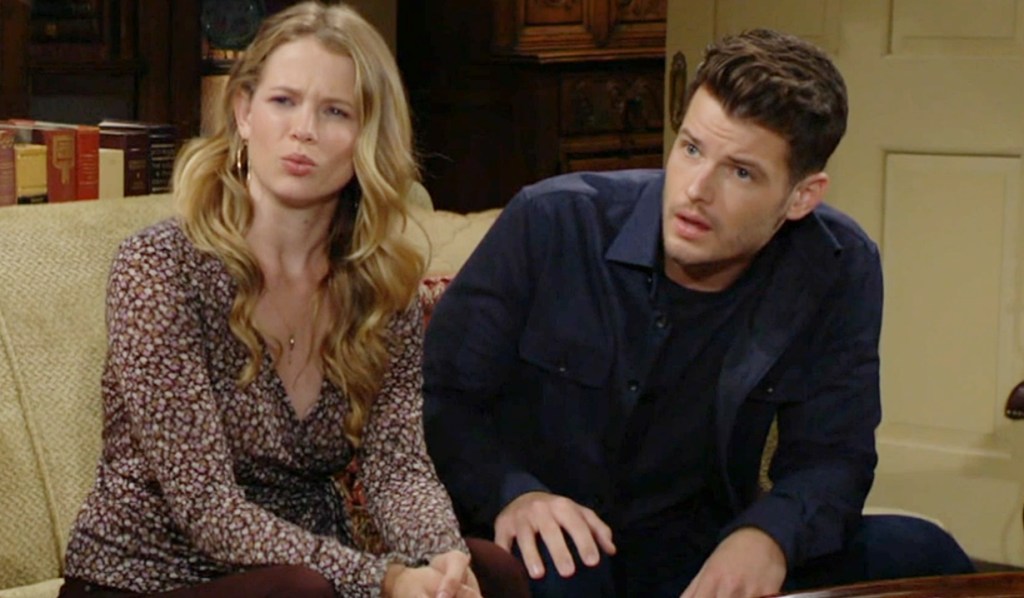 How far is Kyle willing to go to protect the ones he loves? The answer might surprise you! With a mom and a mother-in-law making life difficult, Michael Mealor broke down just how rough things are about to get for “Skyle” in a Soaps.com exclusive!

What exactly is Jeremy Stark up to? Candace fears that he’s suffering from Murky Agenda Syndrome, and hopes things pick up soon. Plus, how will Sally’s baby impact things in 2023? All this and more in this week’s column!

What Went Down This Week: Abby and Elena managed a holiday truce between Nate and Devon. Chance, however, was not ready to make nice with the man who slept with his wife, and continued to open up to Sharon about it. Daniel opened up to his parents about hitting bottom, and amid Phyllis’ falling out with Summer, she accepted her son’s job offer. Diane left the cabin and tried to con Jeremy into believing they could team up again, and Ashley shared a kiss with Tucker before urging Jack to have faith in her. As New Year’s Eve rolled around, Lily put the brakes on her relationship with Billy, Danny partied with Traci, Lauren, and Michael, Jack and Diane kissed, and Nick spent time with Sharon as Sally realized she may be pregnant. 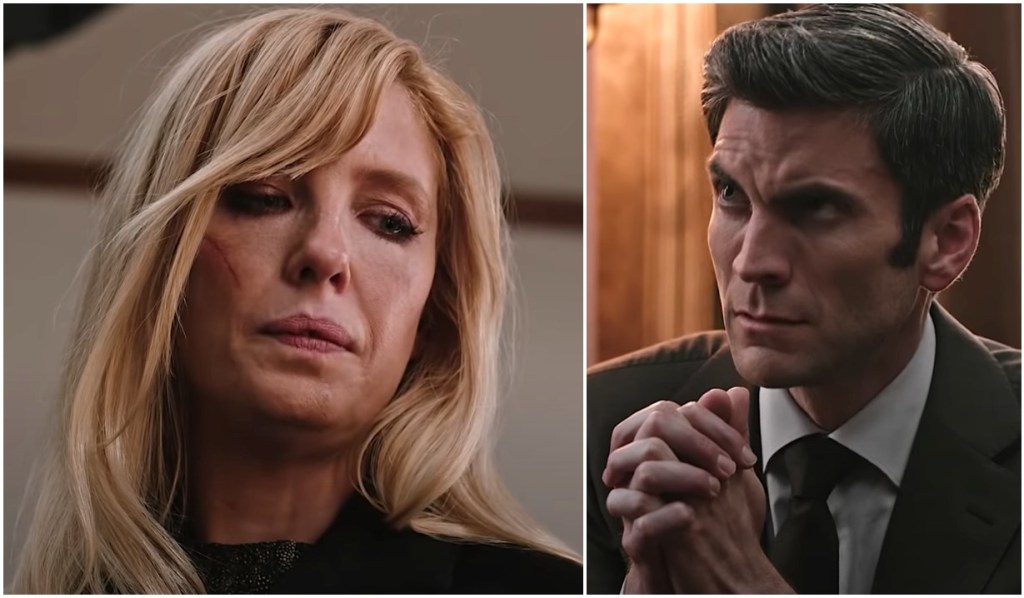 Opinions are like noses: Everyone’s got them, and sometimes, they get picked. Did your favorite couple make our annual Best & Worst list? Only way to find out is by checking out the gallery below! 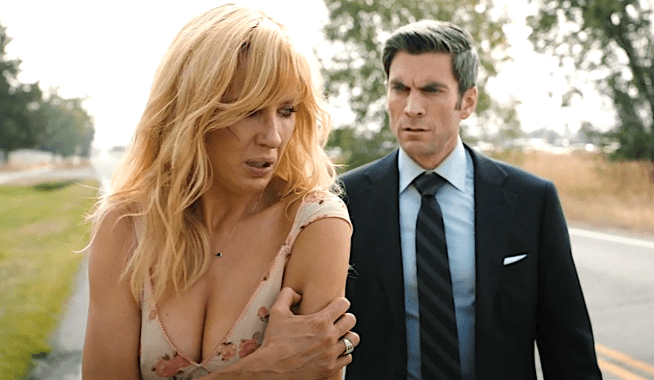 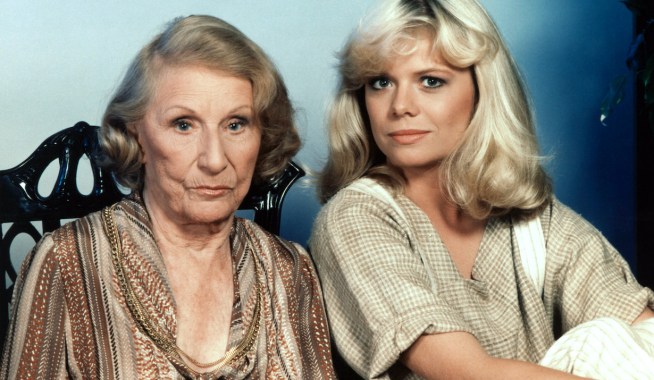