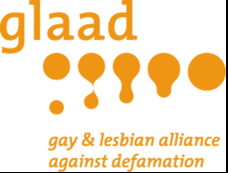 It’s that time of year, time for many Daytime actors to be recognized for various awards! The 21st Annual GLAAD (Gay and Lesbian Alliance Against Defamation) award nominees have just been announced!

The nominees in the category for Outstanding Daily Drama are…
All My Children, As The World Turns, Guiding Light and One Life to Live!

There will be three separate ceremonies held, which go as follows… On March 13, in New York City, New York at the Marriott Marquis, on April 17 in Los Angeles, California at the Hyatt Regency Century Plaza, and on June 5 in San Francisco, California at The Westin St. Francis.

Soaps.com will announce the winner when it’s released, but in the meantime, take a look back at last year’s winner for the 20th Annual GLAAD Media Awards! Who do you want to win? Please tell Soaps.com below!