News Roundup: Paternity Scandals, Primetime Previews and the Truth About Days of Our Lives’ Big Move 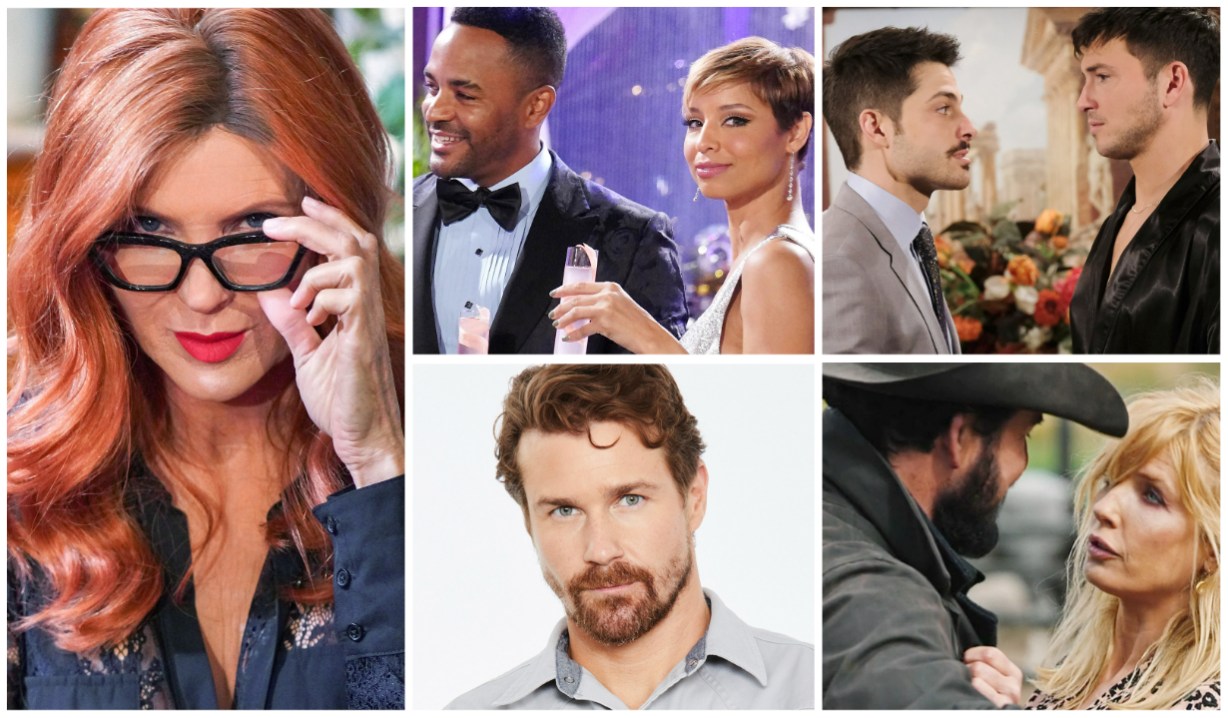 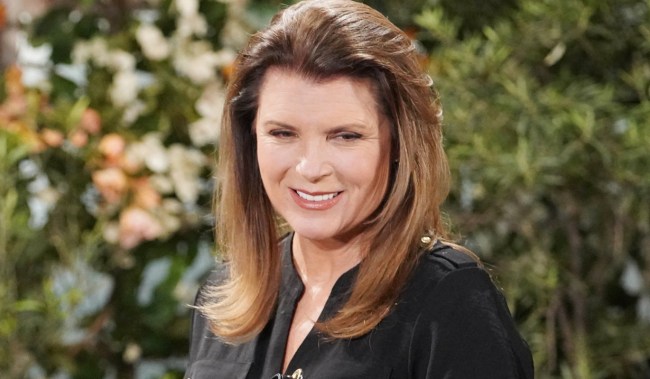 Sheila’s quick return from the dead was no surprise, but it did leave us with a few questions. First off: Where in the world did she get all that money she’s throwing around? And more ominously: Who’s going to be her next victim? Fortunately, we’re pretty sure we figured both of those things out!

In this week’s column, Richard had a whole lot of questions for the folks at Bold & Beautiful. Among them: Are we not supposed to recognize Sheila? Will we ever find out where she got her money? And, of course, why does anyone put up with Ridge and his obnoxious behavior?

What Went Down Last Week: Sheila turned up in Deacon’s room in disguise, had sex with him all night, and later insisted on becoming his “roomie.” She even offered him money! Conflicted, Deacon also had to deal with an irate Ridge, who confronted him about his selfie with Brooke. Deacon ran out on that encounter when he learned Hope was at his apartment — coming face-to-face with Sheila but not, luckily, seeing through her disguise. Brooke squared off with Taylor over Thomas’ plan to move Douglas out of Hope’s cabin and into the Forrester mansion and accused her of using the boy to get Ridge. 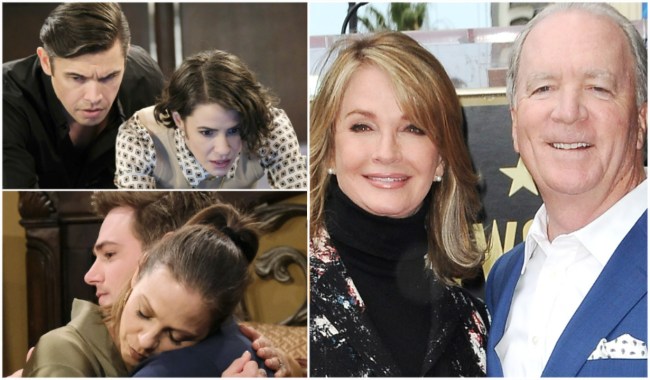 Head honcho Ken Corday finally broke the show’s worrying silence around the soap’s upcoming move to Peacock, and he had plenty to say to the fans! Fans also got a bit of good news when the streaming service announced they’d be dropping the price just in time for the jump!

With the soap about to make the switch over to Peacock, Curtis figured it would be the perfect time to take a look at what’s working and what’s not in this week’s column. From Stefan’s return to Leo’s betrayal of Gwen, there’s a lot to say about Days of Our Lives as it gets ready to embark on its next chapter!

What Went Down Last Week: Stefan woke up and ran to the DiMera mansion where Ava saw him and fainted. Li arrived to sedate Stefan and stash him in the bushes before Gabi saw him. While John and Steve attacked Stephanie’s mystery client, Paulina, Orpheus kidnapped Kayla and Marlena. Stephanie still got the job to run PR for Abe’s political campaign, as well as a job offer from Sonny at Titan and unwanted advances from Alex. Gwen and Leo made nice, but then he threw his gal pal under the bus. Eric and Nicole both had sexy dreams about each other, though he slept with Jada. Kate got a fine and community service for Sami’s kidnapping and reunited with Roman. As they celebrated, someone lurked outside Brady’s Pub. 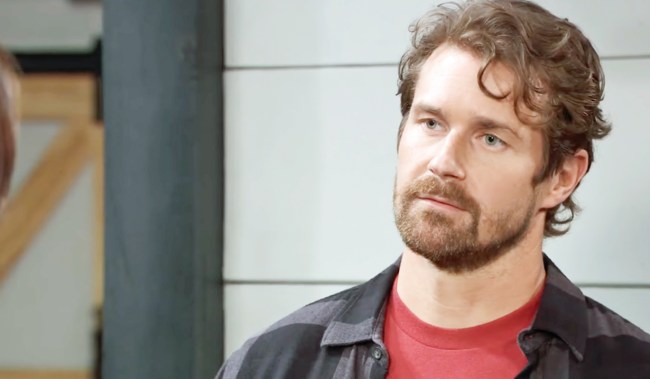 Few things are trickier than trying to figure out paternity in Port Charles, but if our suspicions are right, Cody’s biodad may have been right under our noses this whole time!

Dustin had to confess in this week’s column that Nona’s corny love potion turned out to be just what the show needed to liven things up! Stories moved forward, couples heated up and that Friday cliffhanger was just the, er, hook, the show’s been needing!

What Went Down Last Week: Curtis proposed to Portia and Jordan appeared to realize Trina was Curtis’ daughter. Leo mixed up his great-grandma’s Sicilian Thunderbolt, a love potion, and spiked the lemonade. Brook Lynn and Chase finally admitted their feelings for one another and kissed, and Carly and Drew also gave in to their growing attraction and got passionate. Willow decided to delay treatment for her leukemia until her baby was safely into the second trimester, but still kept her illness from Michael. Spencer overheard Ava and Nikolas fighting and discovered his dad had bedded Esme. After walking in on an altercation between Mason and Austin, Ava found herself on the end of a fish hook plunged into her stomach. 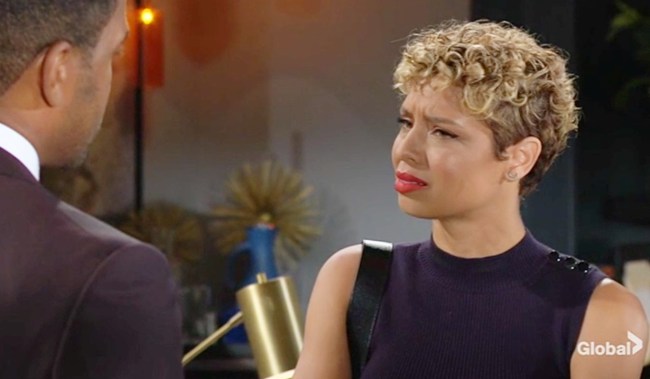 As Nate is torn between his “good angel” and his “bad angel” (one guess as to which one Elena is!), Brytni Sarpy teases that something’s got to give! Because if it doesn’t, Imani may just end up getting everything she wants.

After five days of folks sitting around discussing Ashland’s death, Candace hopes in this week’s column that the show has something big on its way. But with Sally reeling from learning the truth of why Adam dumped her, there may still be a very juicy revenge plot on the way!

What Went Down This Week: Adam threw a monkey wrench into Chance’s plan to close the case on Ashland’s death when he “acquired” Kevin’s laptop and found the evidence. Unable to get Chance to act on it, he tried to get Sally to publish it. That was also a no, but she learned the truth about both the night in question and Adam’s reason for dumping her. Chelsea kissed Billy during the final podcast taping, a shocking move he later confessed to Lily, who was already reeling after referring another fight between Devon and Nate. Phyllis sold her hotel and later gave Talia Morgan details about Diane. And Kyle called his mother out for flirting with his dad at work… a move that Jack took issue with! 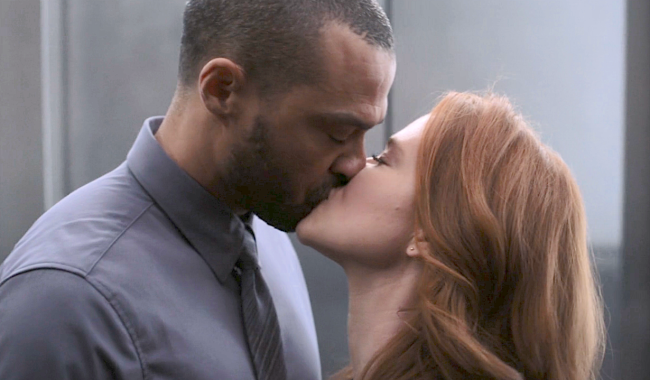 Fall in love with the cast of Yellowstone all over again before the big season premiere with our photo gallery of its stars and their real-life partners! 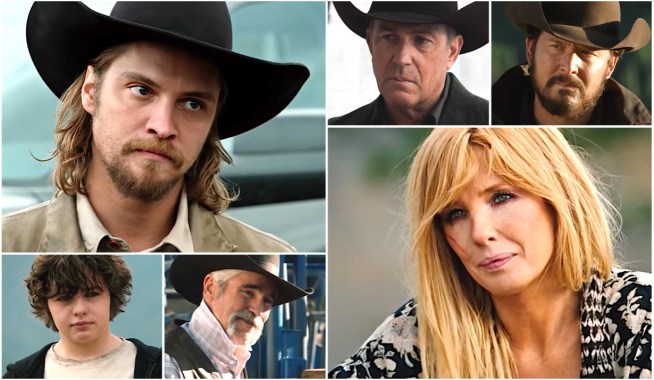 Yellowstone Season 5 'Recast’? Looks Like a New Actor Is Playing an Old Favorite

Yellowstone Sneak Peek: Finally, We Get Our First Look at Season 5! 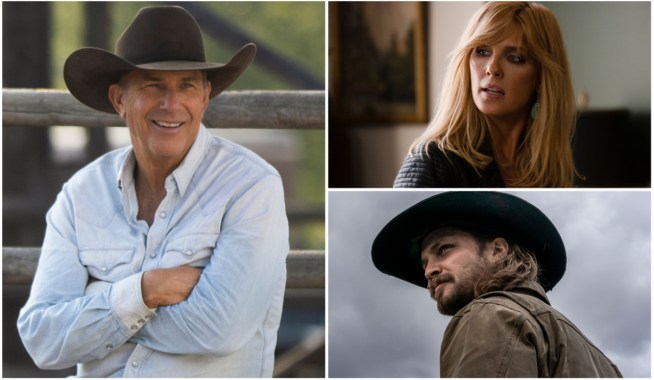