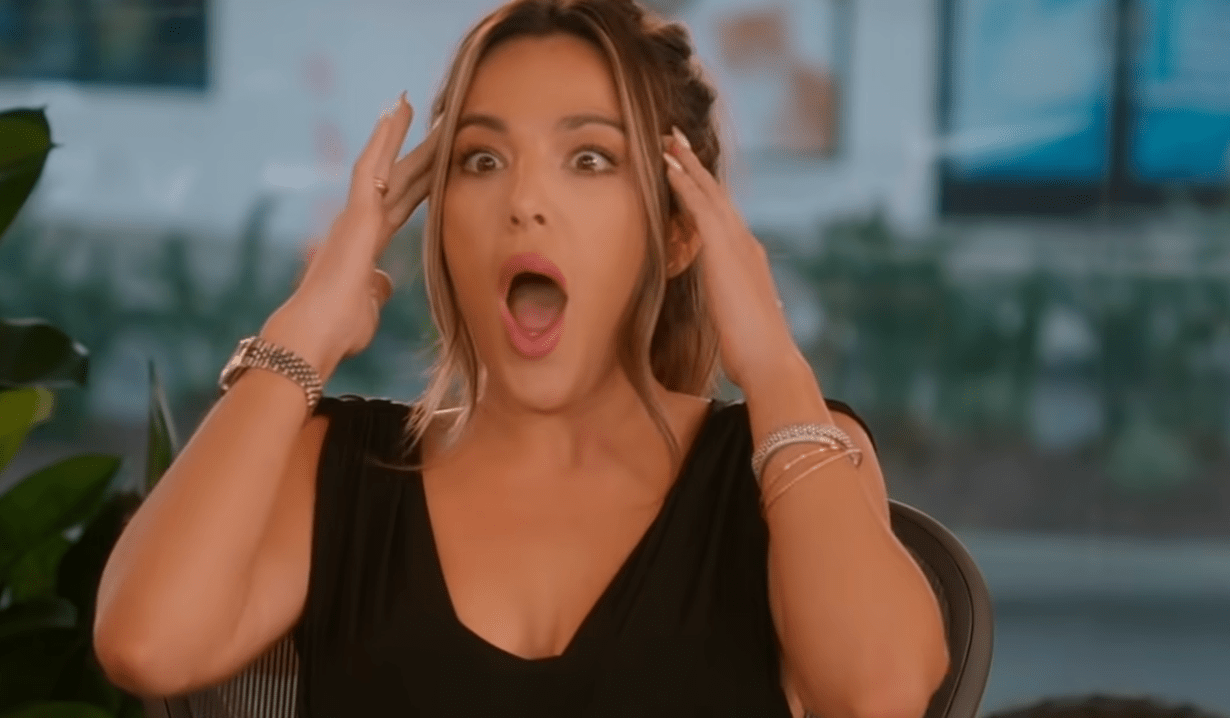 Even as Netflix announced that the popular real estate-set reality show Selling Sunset will be returning for a sixth and seventh season, they unveiled the trailer for that show’s spinoff, Selling the O.C. And while it follows the same basic (and wildly successful) format of the original, one very big change becomes clear almost immediately: This version ups the hunk factor by throwing some very sexy men into the mix.

Followers of the franchise know that it centers on The Oppenheim Group, a real estate office run by twin brothers Jason and Brett. Soap fans were particularly thrilled when Season 1 focused on All My Children alum Chrishell Stause (Amanda) joining the firm and almost immediately butting heads with self-proclaimed queen rhymes-with-witch Quinn. The show would go on to chronicle Stause’s very public, very traumatic divorce from Justin Hartley (the Young & Restless actor who went on to the recently-wrapped This Is Us).

As our sister site TVLine reports, production on Season 6 will begin later this summer, although it’s unclear whether Quinn will be featured. (She did not appear on the Season and 5 reunion show, and spent much of last season at odds with the other Oppenheim Group members.)

Meanwhile, Jason and Brett have opened a new office in Orange County, California, which will be the focus of Selling the O.C. And as the newly-released trailer reveals, the names and location may change, but the drama remains the same. Interestingly, while all of the realtors upon whom Sunset features are women, the spinoff includes — and, based on the preview, heavily spotlights — several male realtors with a penchant for taking off their shirts. 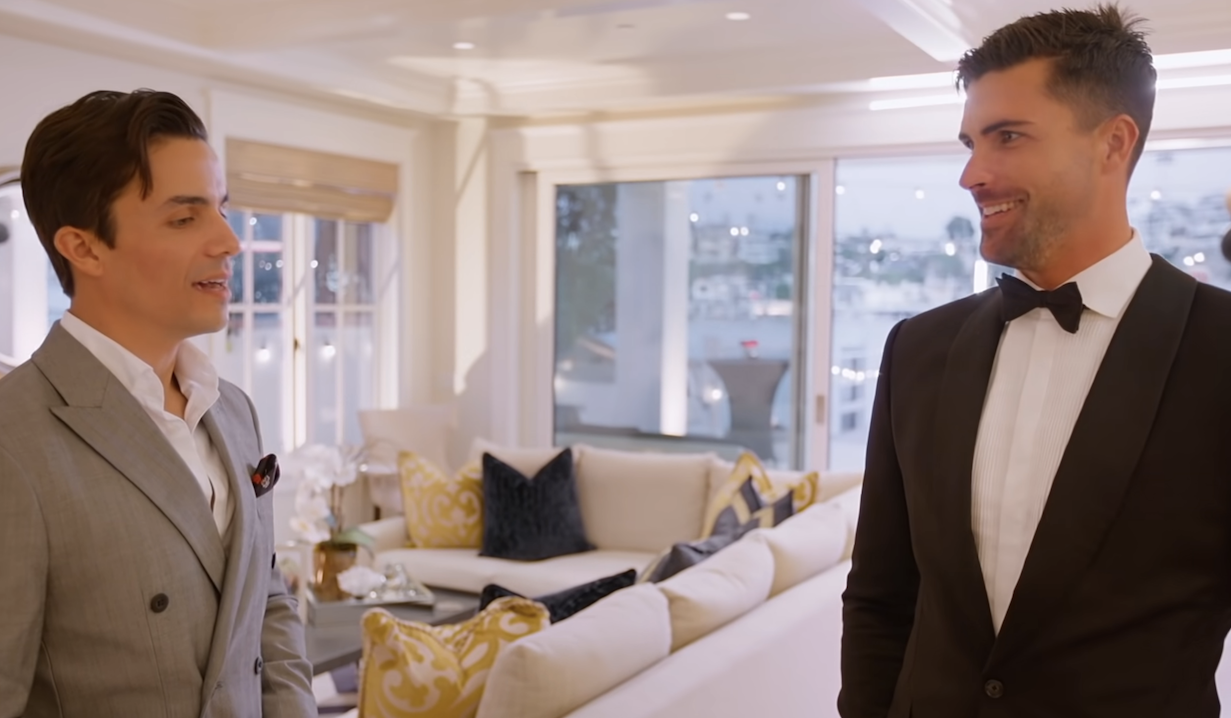 Be warned, however, that the trailer features enough adult language to make your mom blush.

Look for the new reality series to hit Netflix on August 24 with the first of eight scheduled episodes.

Last season’s Selling Sunset included Stause’s search for the perfect home. Want to check out the one she ultimately settled on? Check out pics in the gallery below!

<p>Here’s a view of the stone-faced front of the house. The wide driveway leads up to the beautiful structure, which is over 3,000 square feet.</p>

<p>Walking inside, we reached the living area. Just look at that floor-to-ceiling fireplace and wide-plank European oak floors!</p>

<p>The master bedroom has a clean, white interior. And wait until you see the attached en-suite…</p>

<p>This steam shower is sure to melt all of the stress away. Who wouldn’t want to retreat into this luxury after a hard day at work?</p>

<p>The focal points of the gourmet kitchen are a massive island and blue cabinetry. The high-end Wolf and SubZero appliances are a chef’s dream.</p>

<p>Guests can take their food to the dining area for a sit-down dinner. Or, why not head out onto the patio to enjoy the California weather?</p>

<p>Imagine floating in the pool and taking in the surrounding views. The backdrop of the canyon is simply mesmerizing.  </p>

<p>The pool area also features a spa and a cabana. But that’s not all… after taking a dip, head into the outdoor bathroom and jump in the shower before sitting in front of the dual fireplaces.</p>

<p>And to cap off the night, have a seat on the deck and watch the beauty all around you as the sun begins to set. This is the perfect space for entertaining friends and family.</p> 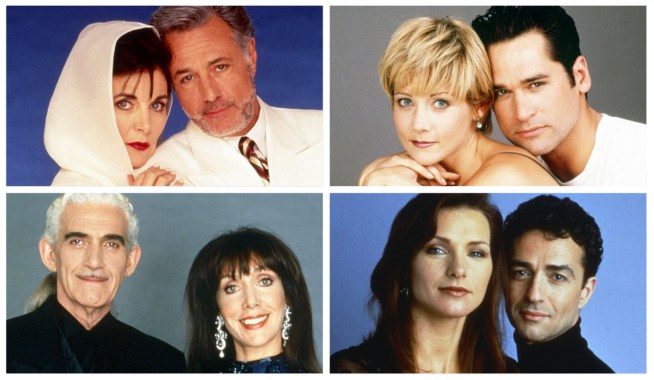 Staring Back in Tears and Outrage at the Decisions That Killed a Beloved Soap: ‘If They’re Only Writing for Children Who Don’t Know How to Act Yet, Then Fine — Goodbye!’ 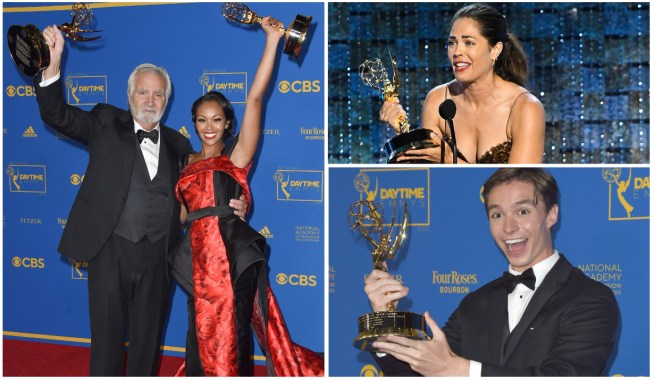