FOX is well known for its foray into primetime television. We all remember such primetime shows such as Beverly Hills 90210, and Melrose Place and more recently they housed The O.C. Variety recently reported that FOX is jumping into daytime in a big way!

Variety reported that FOX has ordered a soap opera pilot that’ll focus on the trials and tribulations of a blue collar American family!

Dare we speculate about what this could mean to the recently cancelled newer daytime drama, Passions? Should we relax knowing that when DOOL‘s contract is up in 2009 that if NBC decides to get out of the soap and add yet another hour of the Today Show that there would be room for our favorite shows on FOX? We’ll get to start watching yet another soap, in addition to the new General Hospital spin off on SOAPnet?!! Of course we have no answers for you on this new front, nor should we be stirring up the fans but how can we help ourselves?!

The FOX project comes from 19 Entertainment’s Simon Fuller and the company’s head of drama, Mal Young. Both have signed on as co-creators and executive producers. When a name and casting information has been released to the public, Soaps.com will update all you loyal soap fans! 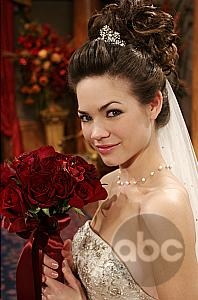