On the 15th Anniversary of One of Daytime’s Most Bizarre Deaths, a Return to the Scene of the Crime — and the *Real* Motive for a Beloved Character’s Murder: One of the Writers ‘Wanted to Put Me in My Place’ 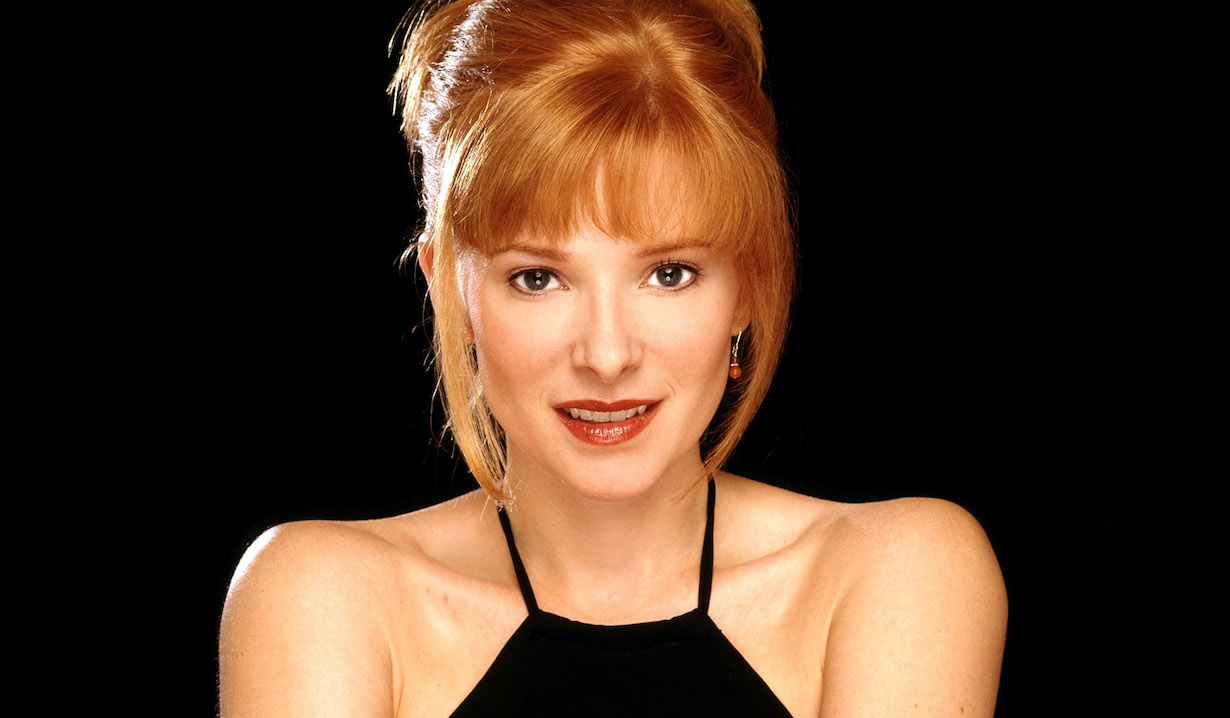 “It was a very strange way to go out,” the actress acknowledged to EW.

Breakfast fans, raise your hands. Actually, don’t, we can’t see you. But you know who you are. It is, supposedly, the most important meal of the day, but we get that it’s not for everyone. It’s definitely not for All My Children‘s Dixie. At least, not after… the incident.

By now, you probably know exactly what we’re talking about: Dixie’s death by pancakes. It was one of the most ignoble, downright weird ways to die in all the annals of soap history (though also the most mouthwatering), and it happened 15 years ago today. Tad’s on again/off again wife ate the poisoned pancakes on Friday, January 26. She died on Tuesday, January 30, 2007.

Though the actress initially stayed mum why they wanted to teach her a lesson, she later cleared it up on Twitter, and it seemed… pretty innocuous!

“I was asking the writer for a scene where Tad and Dixie take their kids aside to make sure they know that their dad (Tad) killing someone was wrong,” she wrote. “I thought this would be ok. Turns out it was a bad day for an ‘ask!'”

No one asks me what I did! Lol. I was asking the writer for a scene where Tad and Dixie take their kids aside to make sure they know that their dad (Tad) killing someone was wrong. I thought this would be ok. Turns out it was a bad day for an “ask”! 🤣

Because why would anyone want to explain the morality of murder to their children? Absurd! In any case, now that we know the why, we might as well go back over the how. It’s just too yummy not to. 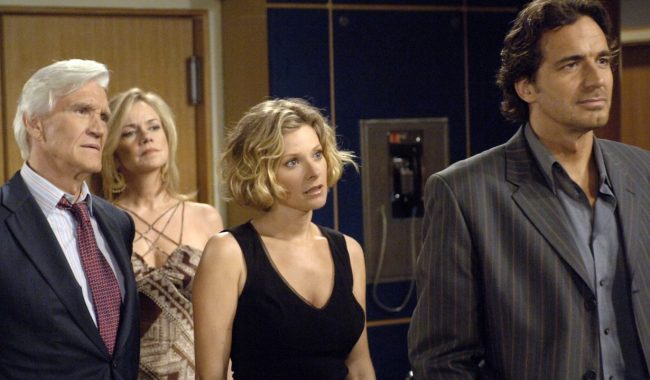 Above: The poisoning happened in Adam’s home, with Krystal by Dixie’s side and Zach mixed up in the mess… but whodunnit?

The incident all started when a serial killer not-so-affectionately-known as the Satin Slayer was targeting the power women of Fusion. Dixie and Babe were chatting about the ladies dying and whether David might have been behind the killings.

That was when Chandler maid, Winifred, served up some banana pancakes with extra peanut butter to Babe — her favorite dish. But Babe just couldn’t touch them because there were “too many bad memories” for her and JR. It was a whole jealousy thing. Dixie scoffed at the thought of her son’s ego being bruised by pancakes, but that didn’t stop her from tucking in anyway. Hey, we would have too. Those things looked delicious.

More: A tribute to All My Children’s glorious past

Dixie reassured Babe that her dad would never resort to killing her friends. And as she explained just how much the devilish doctor loved his daughter, Dixie got a little choked up.

Actually, strike that. She started choking. Well, gasping is probably more accurate. The pancakes were laced with poison meant for Babe. Dixie just got in the way!

The freshly poisoned woman assumed it was just her heart problems, but she soon collapsed to the floor. Krystal and JR rushed in, and Dixie’s son clawed his way over to her after flinging himself out the wheelchair he was stuck in because — you know what, it doesn’t matter. They tried CPR, then the paramedics showed up and rushed Dixie to the hospital.

Unfortunately, there wasn’t much the doctors could do in the face of the V-Tach laced pancakes. Then Tad rushed in and shoved them all away, telling Dixie to beat death again for her family. Shockingly, that didn’t work any better than the docs did.

Still, for all of the story being little more than a petty punishment from a writer, at least they killed Dixie off in grand fashion. It all culminated in a touching series of flashbacks as Tad looked down helplessly at his dead love.

Afterwards, Babe gave fans another heart attack when she faked her death to take down the Slayer, who turned out to be Zach’s father, Alexander Cambrias. The problem? He confessed to all the other deaths, but said he hadn’t killed Dixie.

More: Remembering an All My Children powerhouse

We never really learned who poisoned her other than that unnamed writer. But then, when Dixie turned up alive in 2011, we found out that she was one of David’s many experimental patients that he’d saved from the grave, so maybe Alexander just meant that he didn’t kill Dixie because she wasn’t dead. But somehow… we doubt that.

Either way, she came back! And McClain even got a little nod to the incident over on Days of Our Lives when she took over for Jennifer from Melissa Reeves. When Julie brought out pancakes for Jen on McClain’s last day of airing, the Horton flinched away from them and made a crack out how she used to love pancakes until she had a bad experience with them. “I’d rather not talk about it,” she told Julie.

Just goes to show you, life goes on. Pancakes, however, may have overstayed their welcome. Or maybe not. There are, apparently, no hard feelings for the show or the flapjacks.

“And I ‘dug back’ right into those yummy pancakes,” McClain tweeted after the story came out. (We knew they were tasty!) “Seriously, though… it’s all water under the bridge.”

Lol! And I “dug back” right into those yummy pancakes”! Seriously tho… it’s all water under the bridge. And I was brought back from “the dead” three times after that! Join us for this sweet reunion! @EW @peopletv #AllMyChildren Watch here now: https://t.co/0UHjy1qijN https://t.co/EAwRDPELr2

If you’re as hungry as we are after this little trip down Memory Lane, we’re guessing you’re off to grab a quick bite to eat now. But before you do, why not catch up with some other All My Children faves in our gallery of the stars then and now? 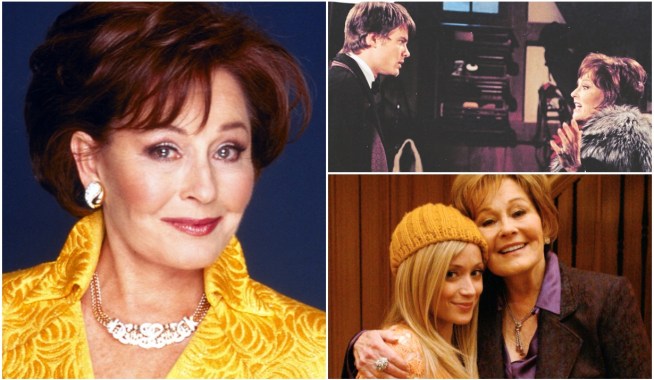 Two Years After Her Passing, a Loving Remembrance of a Soap Powerhouse Whose Presence Alone Could Turn Heads 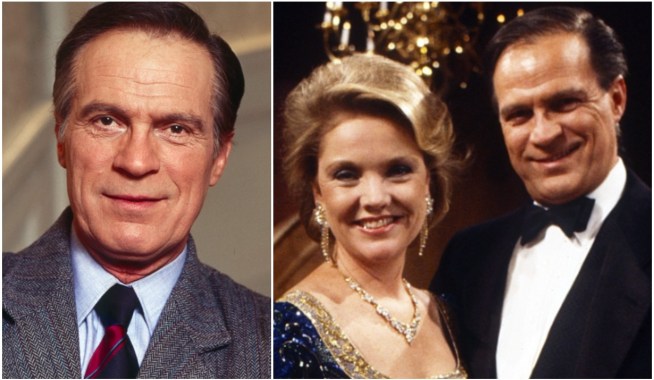