Though The Resident’s Return Hints at Heartbreak Ahead for Several Chastain Docs, Conrad May Actually Be Getting Closer to Finding Love Again 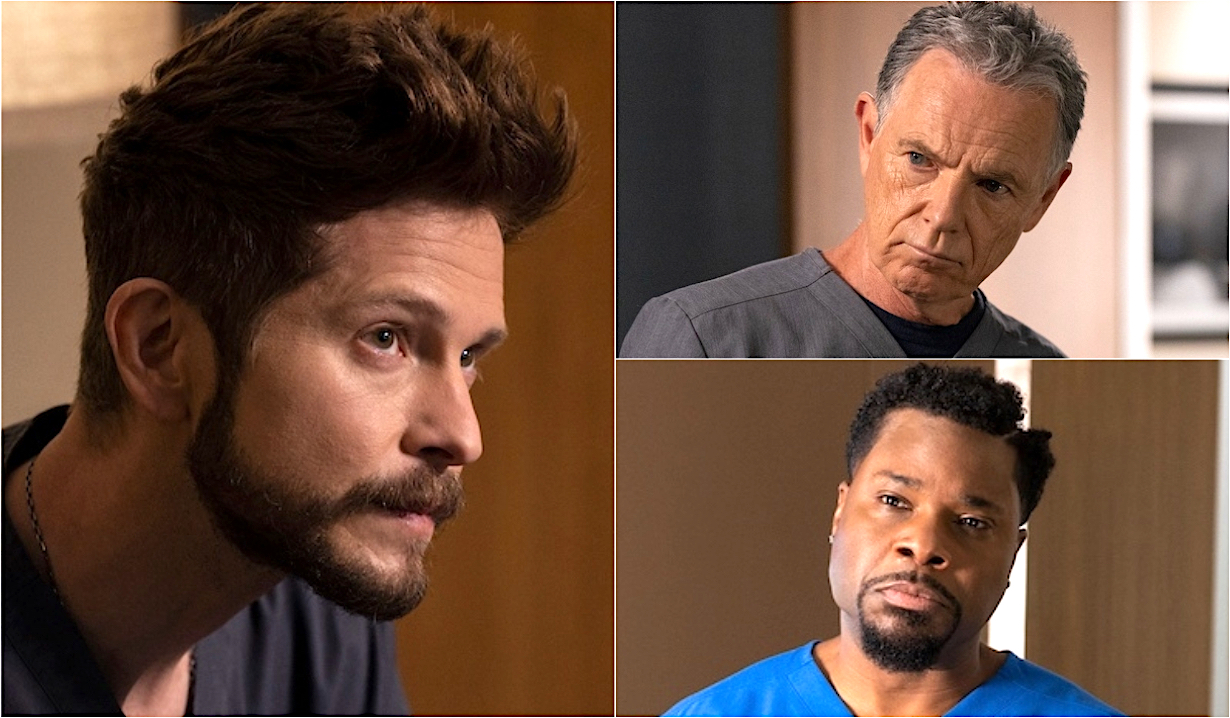 It’s been almost two months, but FOX’s The Resident finally returns with its winter premiere on February 1.

As the episode’s official description details, “A case turns personal for Conrad when the donor-recipient of Nic’s heart is admitted to the ER. Bell is faced with a devastating diagnosis that causes him to make a heartbreaking decision. Meanwhile, the Raptor asks Devon to include his ailing mother in his clinical trial, causing Devon to face a major dilemma.”

The Resident’s return certainly sounds like an emotional one for all involved. Including Conrad, who is seemingly in a good place, three years after the death of his beloved wife, Nic. However, coming face to face with the young woman who received Nic’s heart, could deal quite the emotional blow.

While we wait to see how he handles that, we can’t help thinking about his romantic future. We’ve already seen him sleep with hospital daycare worker, Marian, but they agreed to leave it at just that. The fall finale also introduced Conrad, and viewers, to Cade, the doctor who was tapped to take Devon’s place in the ER, while he focuses on clinical trials. While her non-existent internet presence and spotty work history suggests she has a lot of secrets, Cade could find her way into Conrad’s heart. 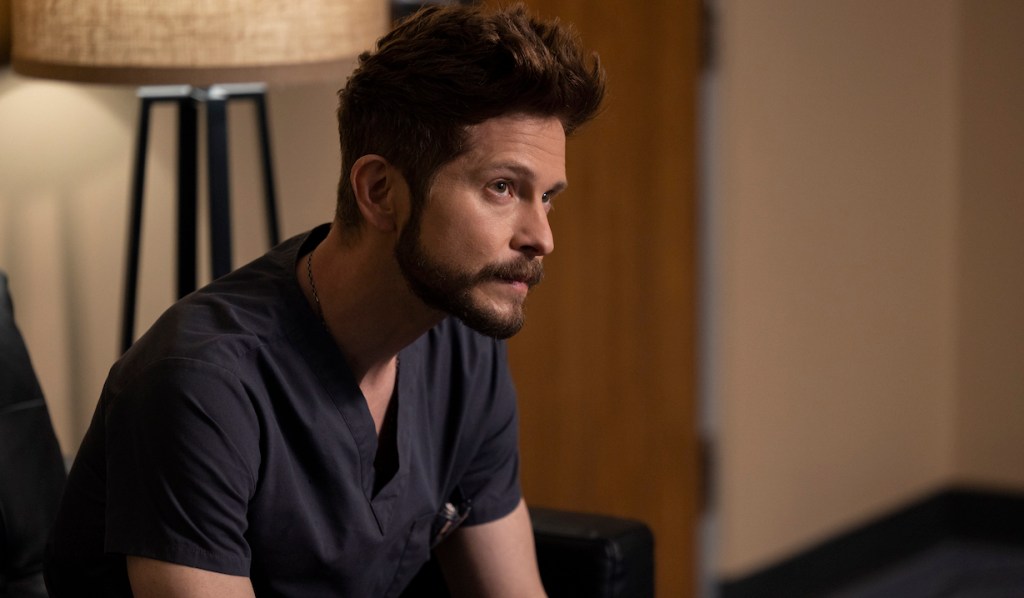 But don’t count out fellow doc, Billie. Viewers have previously seen some looks that could be interpreted as longing coming from the late Nic’s good friend. Plus, The Resident’s co-showrunner Andrew Chapman previewed to TVLine that her feelings are a “juicy and mysterious” part of season 5’s remaining episodes.

Whatever happens, Chapman’s co-showrunner Peter Elkoff also teased that viewers will in fact see Conrad end up with somebody, “but not until we get closer to the end of the season.”

Elsewhere in the winter premiere, Bell learns what’s behind the tremors he’s been experiencing. And it doesn’t look good, as he appears quite anguished in the promo. 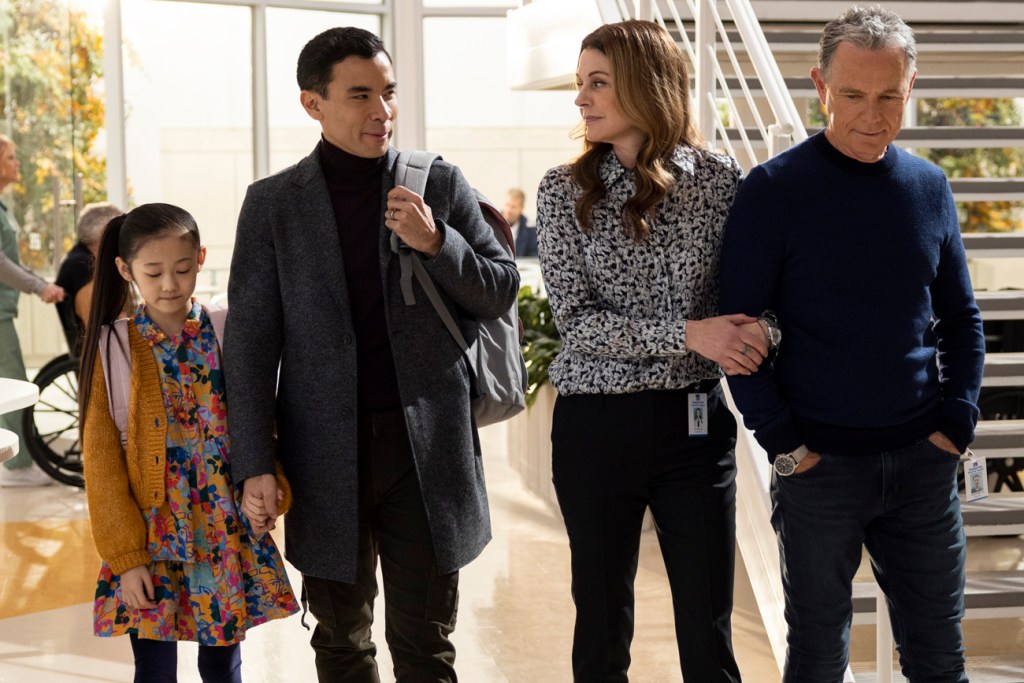 There could be a bright spot for him though, as his former stepson, Jake brings his adopted daughter, Sammie for a visit. Considering The Resident’s Chapman previewed “sort of a new path for Bell,” we have to wonder if that will include Jake returning to the hospital on a more permanent basis. If not, Bell will certainly have the support of girlfriend Kit, as their relationship blossomed during the show’s three-year time jump.

Meanwhile, Devon butts heads with A.J. over the inclusion of the latter’s cancer-stricken mother in a clinical trial. In addition, Devon’s portrayer, Manish Dayal, hints at, “An exciting new journey to go on,” in the promo. But whether he’s referring to a professional or personal one, with girlfriend Leela, remains to be seen. 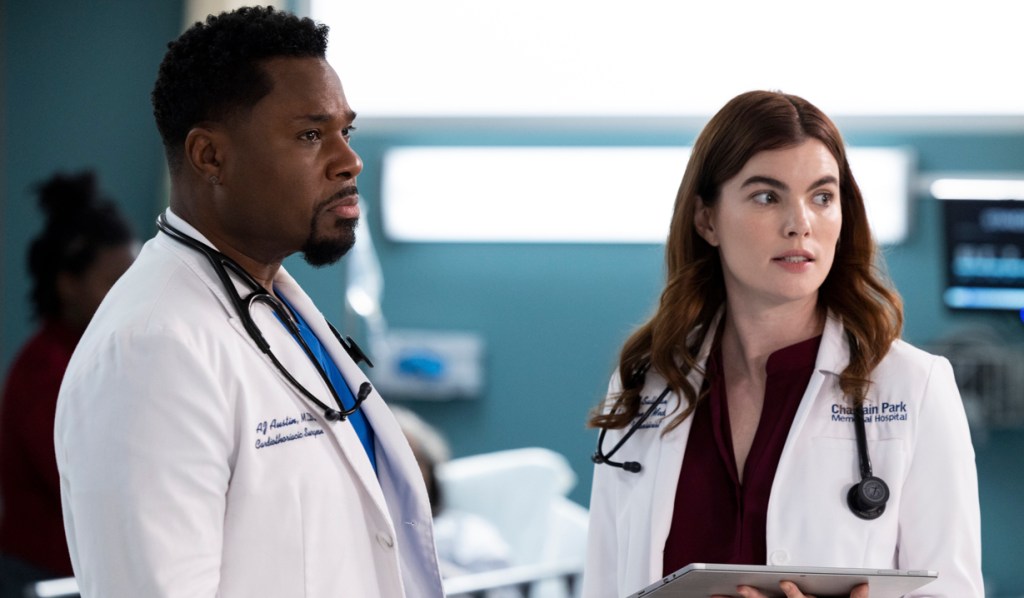 While it could be both, more exploration of Leela and Devon’s domestic bliss would certainly be welcomed, especially if it includes her free-spirited sister, Padma, who began her tenure on the show by hooking up with A.J. The latter’s been single since his former love, Mina left for Nigeria, so we wouldn’t mind seeing a little more romance in his life, as well.

What are you hoping happens when The Resident returns on February 1 at 8:00 PM EST? Tell us in the comments and then look through our photo gallery of soaps’ all-time greatest doctors. 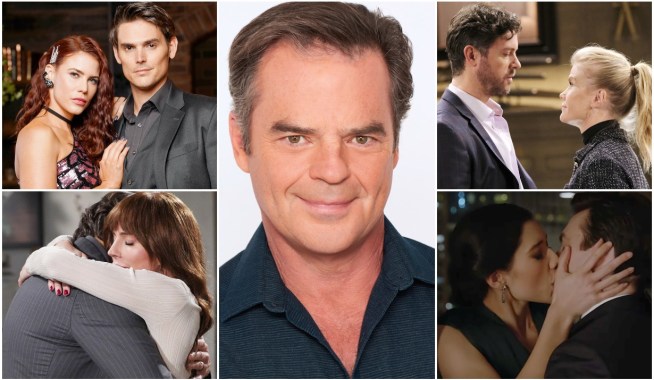 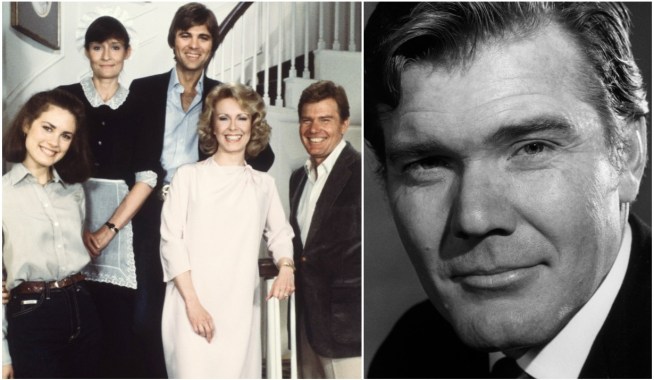