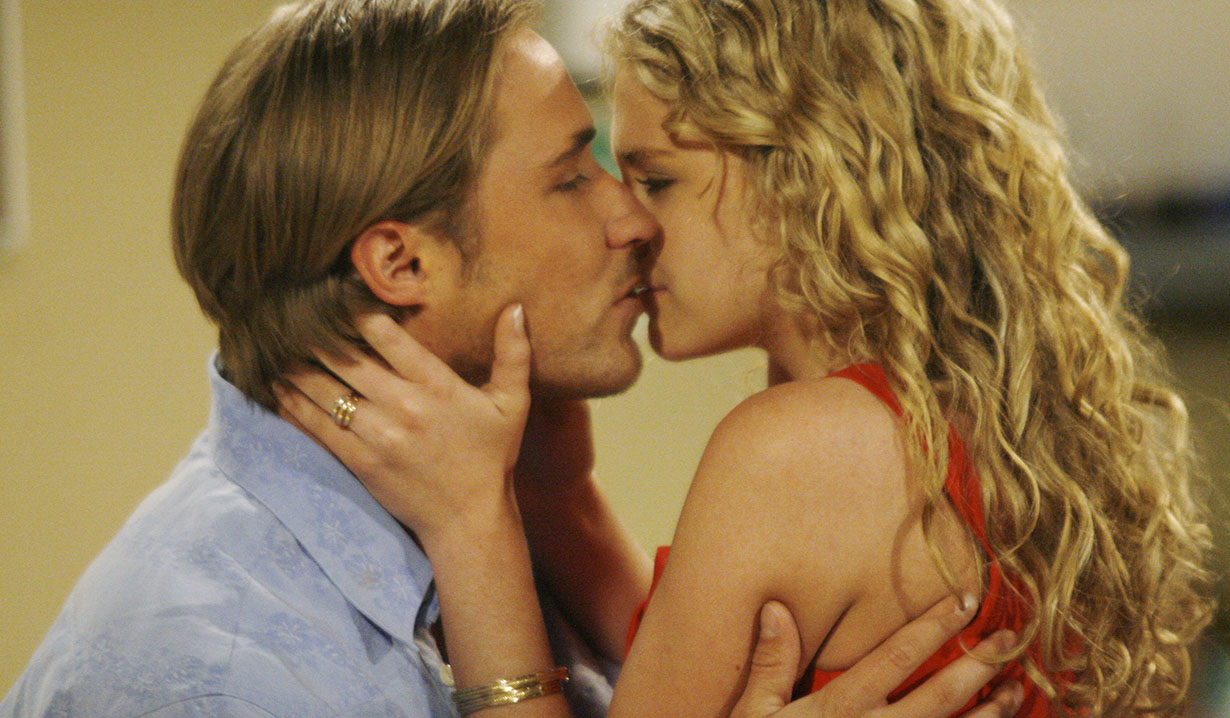 It’s the little things that bother viewers, though Soaps.com knows some find the quirks quite charming, for soaps such as Bold and the Beautiful, Days of our Lives, All My Children, General Hospital, Guiding Light, One Life to Live, and Young and the Restless.

Nearly everyone is related to everyone else or has shared the same lovers. Bold and The Beautiful writers, for example, wrote an incestuous relationship for Uncle Rick and his niece Phoebe. It was true love when Guiding Light cousins Jonathan and Tammy got together, and Days of our Lives adopted Max, who was paired off with not just one but two beautiful nieces of his, Chelsea and then Stephanie. Adopted or not, it’s creepy unless you really suspend disbelief. Some characters settle for sharing. Stefano is married to Kate, who once was a love interest for Stefano’s son, EJ, while The Bold and The Beautiful’s entire cast of men have shared Brooke and Taylor. Ew!

It bothers viewers that some soap operas, such as Bold and The Beautiful, for example, do not use their whole cast more often. Core characters such as Thorne and Felicia haven’t had a storyline in ages, while new characters come on strong, often only seen in the background once their storyline wraps up. We would like soap operas to utilize more characters at the same time, and possibly use the ones most used such as Brooke and Ridge, a little less often, while also allowing them to cross paths more. Characters on most soap operas hold their private meetings in public. With Days of our Lives, it’s on the pier. With General Hospital, it’s on the docks. Everyone goes there for a clandestine rendezvous or to divulge top secret information, and at some point, they are discovered. Since everyone passes through there, you’d think someone would be smart enough to pick a new super secret spot for a life altering confession. Nope.

In terms of One Life To Live in specific, these two bits of dialogue for Dorian Lord are overkill. A few times a month, she’ll say something to the effect of, “I practically raised Antonio and Cristian as my own.” Yeah, yeah. Word’s out, Dorian. Another of her lines to anyone who she’s trying to outdo is to tell them she’s Dr. Dorian Lord, even though she was stripped of her license to practice years ago! How about Guiding Light’s Josh and Reva’s tagline, “Always,” which for many, got old as the years lost its meaning with this on and off again couple.

It happens on all soap operas but dropping storylines and plot points seems to be a favorite pastime of General Hospital’s. A couple of recent offenses which come to mind include Edward’s fling with his lady friend Deidre; Luke getting kidnapped/the new Cassadines threat; the teen abuse storyline; and what the heck happened to Toussaint? We know some of this will be addressed again, but it seems like either they just stop referencing certain story points altogether, or they are very spotty in their storytelling, ala Kristina and Kiefer. It’s very frustrating. 5. Dragged to their death

We’re referring to the storylines, of course. The Y&R, for example, is known for storytelling in real time, but some of the arcs are so long that viewers cease to care about the outcome, and the scenes become repetitive and uninteresting to watch. Right now, for example, the Ryder storyline is a prime contender for this dishonor – by the time we find out who he really is, we likely won’t care anymore!

Another annoyance, which has been going on since day one and has been pretty obvious to most critics of all soaps, is that there is no diversity. Take Bold and The Beautiful. Los Angeles is a virtual melting pot, but there are only two people of color who currently air on Bold and The Beautiful. Marcus and Justin – and rarely at that. Where are their storylines? Secondly, how can neither fashion house have any gay men on staff, when we know gay men rule the fashion world? It’s really quite ridiculous that the one soap that should have the most diversity might possibly have the least.

Many female characters in soaps are dumbed down. Between All My Children’s Kendall’s nagging and whining, Marissa’s wide-eyed innocence routine, and Amanda falling for every scam David pulls, All My Children viewers are sick to death of the overabundant portrayal of women who are hapless, helpless, and clueless!

When a writer comes up with an idea for a story, then tailors the characters to fit it, rather than allowing the story to flow naturally from a character-driven standpoint, viewers wind up watching a bunch of characters behaving like strangers, doing things we do not understand or relate to, for the purpose of furthering a particular plot that might have sounded good in planning. Viewers have labeled many of All My Children’s recent storylines as ‘stupid’, and this is partly the reason. 1. No one pays crime

The majority of characters on each show have done something underhanded to get what they want, ranging from theft and blackmail, live burials, right up to causing death, but few, if any, ever actually pay for their crimes even if they get caught. Sure, they might do a short stint in the slammer, or even in a mental ward, but they are treated to a steady stream of visitors and privileges until they are released – it’s ridiculous and sometimes even amusing.

What else can you come up with for the top ten things that irk you about your soap operas?

Which Webseries Are You Enjoying?