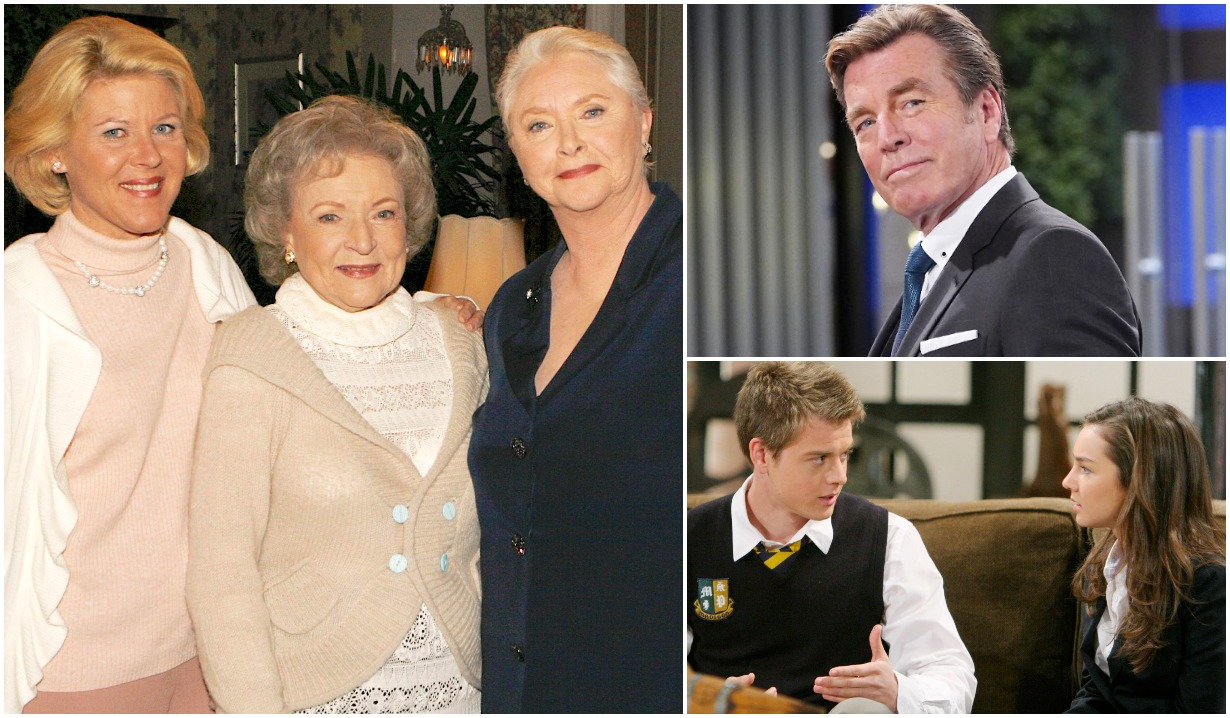 Have the New Year’s celebrations got you feeling a little hungover? Don’t worry, we’ve got just the thing to help you relax, unwind and head into 2022 all caught up on the latest happenings in the soap world! Whether you love The Bold and the Beautiful, Days of Our Lives, General Hospital or The Young and the Restless — or all of the above — this is your one-stop shop to find out what’s going on. 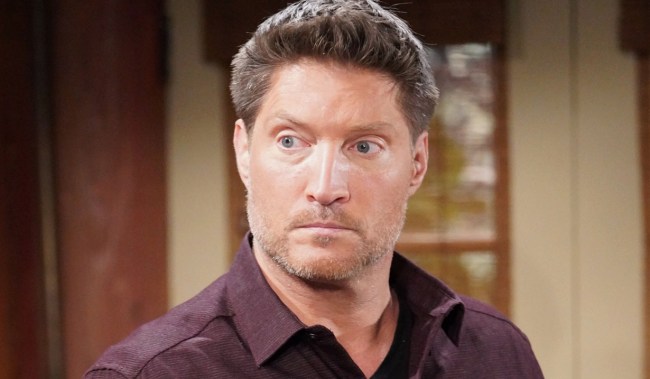 We’ll admit it: The Bold and the Beautiful pulled the wool over our eyes. That’s not a crime in and of itself, but the way they did it has us more than a little ticked. Find out why we think their latest turn is a huge mistake.

It seems Deacon’s actions really let Richard down, and he explains why in this week’s Bold & Beautiful column. Plus, other characters who were thrown under the bus and the easy ways in which the show could be vastly improved in 2022.

What Went Down Last Week:After Sheila and Brooke crossed paths at Il Giardino, accusations and threats were exchanged. Rather than let Brooke derail her attempts to spend more time with Finn and Hayes, Sheila pushed her blonde nemesis off the wagon by switching her alcohol-free champaign with the real thing. Arriving on the scene, Deacon joined Brooke in doing shots of vodka, then confessed he’d never stopped loving her. Douglas saw Brooke kissing “Santa Claus,” who was actually Deacon in a Santa hat. After finding out Zende intended to propose, Paris made a big show of not being ready to tie the knot… then locked lips with Carter! 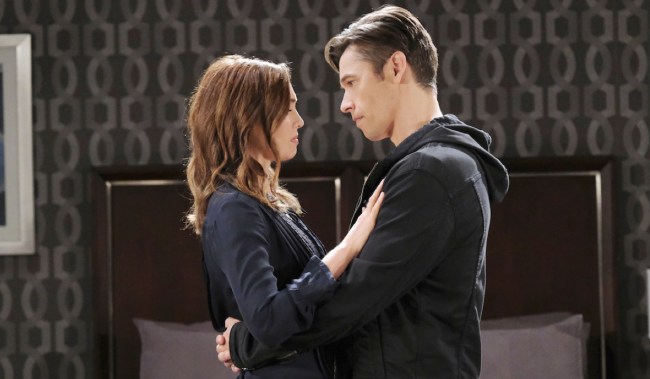 We’ve been in the soap game long enough to know how the game works. In the case of Days of Our Lives Xander, the move he’s about to make with Gwen is all but guaranteed to bring Sarah back to town — and reignite Gwen’s feud with Abigail!

The devil is in the details — and out of Marlena! But as Lori notes, it’s the storyline that just won’t die. She is, though, more than a little intrigued by the latest possession. Plus, get ready for a wish list of things she’s hoping will happen (or stop happening!) in 2022 in Days of Our Lives‘ weekly soapbox.

What Went Down Last Week: Aware of the fact Nicole and Rafe had kissed, a jealous Ava took out her aggressions on Duke by cutting the stuffed bear’s head off. Marlena’s loved ones — including Eric — gathered to drive the devil right out of her. What they didn’t realize was that satan had simply relocated into the body of Johnny, who’d come back to town with Chanel as his bride. As EJ tried to figure out who’d framed him for Sami’s kidnapping, Lucas dealt with his guilt over having done the deed out of love for his favorite ex-wife. 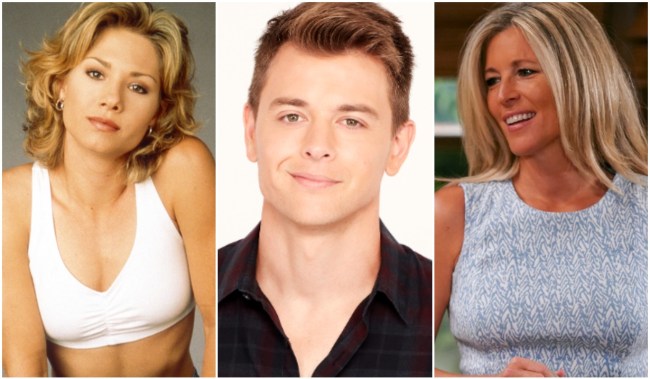 It doesn’t get much crazier than the circumstances that unfolded around Michael Corinthos’ birth — unless you step back and look at his whole life! So that’s exactly what we decided to do on the anniversary of his General Hospital “debut.” Trust us when we say things have been banana’s for Carly’s son right from the start!

There’s no denying that the last week of the year, as Dustin notes in this week’s General Hospital column, went out with one hell of a bang. But now that it’s over, he’s got a few ideas on how to put a little more fun, mystery and adventure into the show as we head into 2022.

What Went Down Last Week: Nina’s hearing got under way with Willow spilling the beans about “Mike” and the blonde getting involved. Sonny then took the stand and admitted that yes, “Mike” and Nina had been in love. Carly, needless to say, was not happy to hear this news. Anna and Valentin shared a New Year’s Eve kiss, as did Martin and Lucy. Curtis and Portia made love. As Sonny and Nina ran into one another at Charlie’s, Carly — who was missing Jason — crossed paths with his twin brother, Drew, at the footbridge. 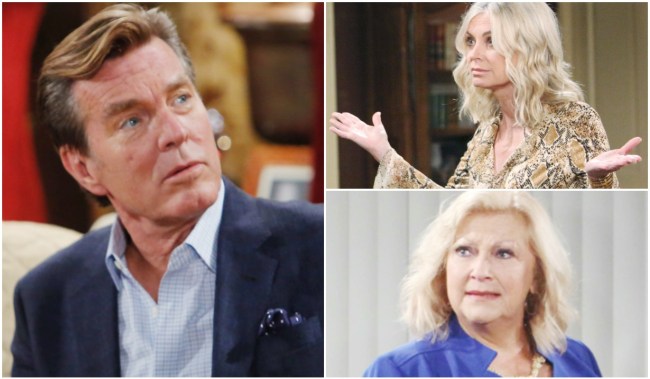 As much as we love our soaps, sometimes we need to step back and ask: What the hell is going on? The Young and the Restless’ treatment of Jack and his family right now is one of those times. Read our take on what’s been going on with the Abbotts — but be ready to feel more than a little bit of frustration!

What’s with everyone in Genoa City being so darn nice these days? That’s just one of Candace’s burning questions in this week’s Young & Restless soapbox. She’s hoping that 2022 will bring a bit more drama to every corner of the show, from rivalries to romance!

What Went Down Last Week: Devon talked to Nate about the fact he was considering pursuing partial custody of Dominic. When Devon put the idea to Abby and Chance, there was a lot of discussion and hurt feelings, but no final decision was reached. As Chloe worried that Chelsea and Sally were both trying to hook “that snake” Adam, Chelsea admitted to Adam that she was struggling to move on. With Jack out of town, Phyllis was left unsure of where they stood or how she felt. Nick went to Italy to see Summer. 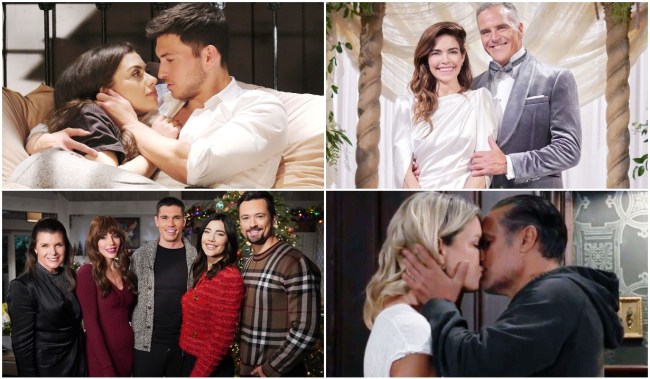 Looking for more of a bird’s eye view of the soap world over this past year? Well, we’ve got you covered with our ultimate 2021 recap where we take a gander at everything (well, almost) that happened on all four of your beloved shows.

Were we the only ones who felt like 2021 was jam-packed full of comings and goings? It’s enough to set our heads spinning. Fortunately, we kept them screwed on long enough to pull together one massive story of all the actors and characters that came and went over the past year.

And finally, Betty White may have been the last soap star we had to say goodbye to in 2021, but she was far from the first. Take a look at our heartfelt tribute to all the stars we lost over the past year.

On the Anniversary of Her Death, a...

Yellowstone Season 4 Left Us With...