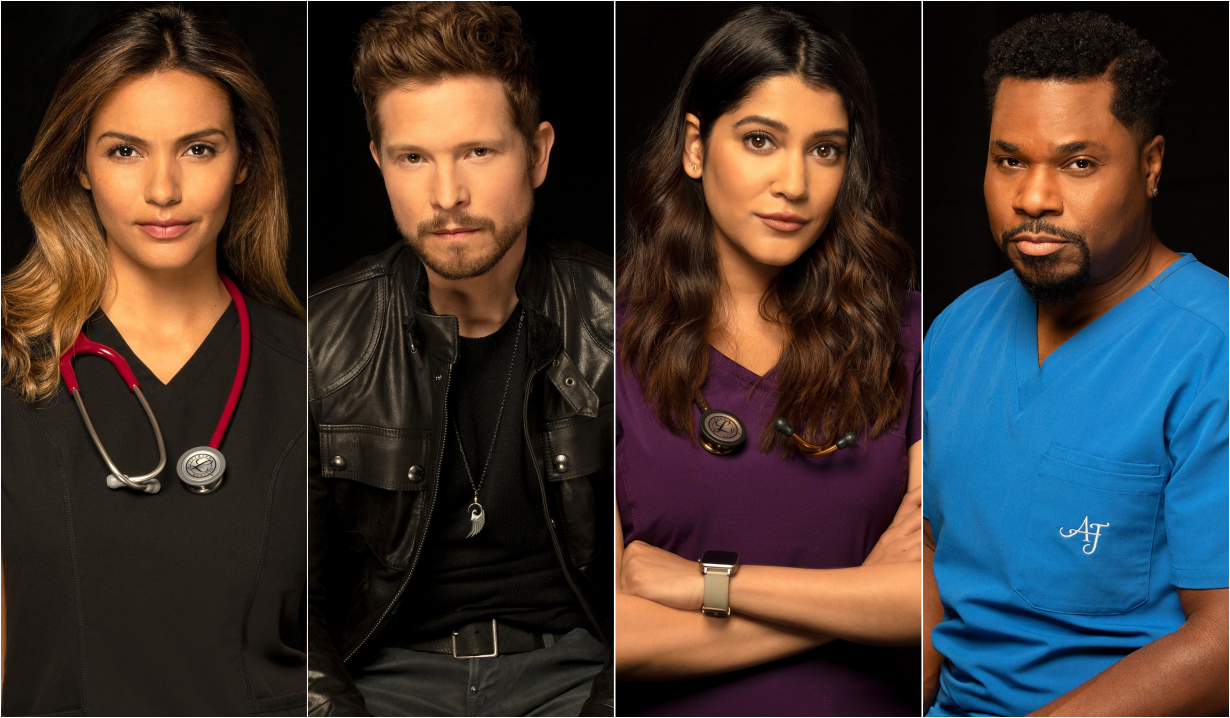 The FOX drama’s return answered all the cliffhanger’s burning questions and raised new ones.

The Resident finally returned from the World Series break after leaving viewers on that huge time jumping cliffhanger. If you’ll recall, at the end of the October 19th episode, little Gigi went from being a toddler to being all grown up. Or four years older, anyway. More surprises came in the ensuing preview for tonight’s episode that teased changing hairstyles and Conrad no longer working at Chastain. But the biggest shocks came from AJ, a.k.a., The Raptor, who had a lot less facial hair and was seemingly in bed with Leela, who’s supposed to be in love with Devon! 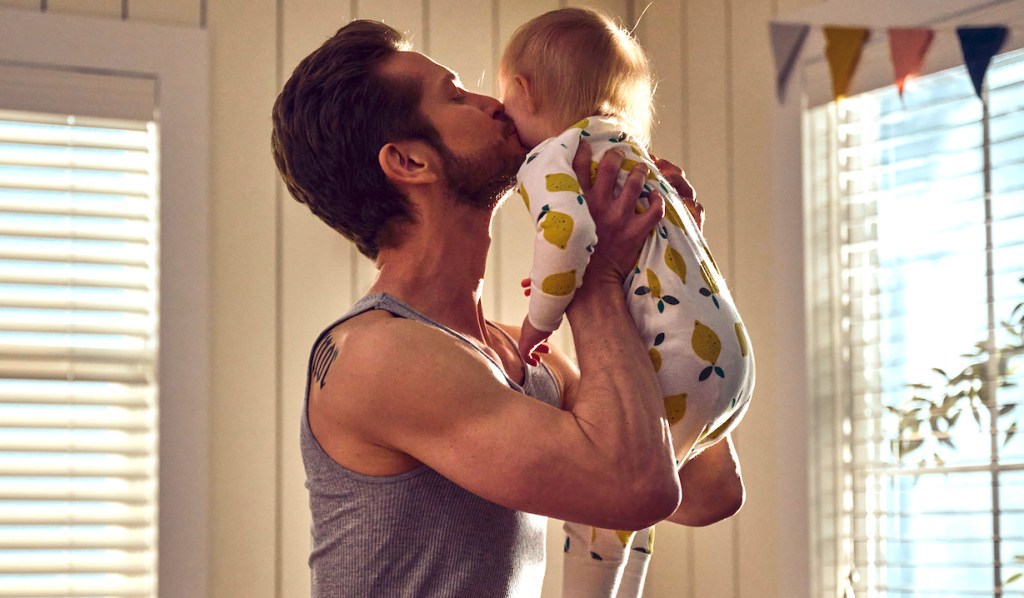 ***Stop reading now if you haven’t watched tonight’s episode yet and don’t want to be spoiled.***

While we’re in mourning over the loss of AJ’s full beard (more on that later), there may have been a collective sigh of relief from viewers on that last shocker. At the beginning of tonight’s episode, it was revealed that it was Leela’s twin sister, Padma (played by actress Anuja Joshi’s real-life twin, Aneesha Joshi) in bed with AJ, not Leela, herself. Which means, after the time jump, Leela and Devon are still happily in love and even having hot hospital shower sex.

Despite nothing too game-changing happening in the time jump — Conrad’s a concierge doctor for Atlanta’s elite, The Raptor is on the press circuit for a book he wrote, and doctors Bell and Kit and are happily committed to each other — we were left with some burning questions at the end of Tuesday’s episode. 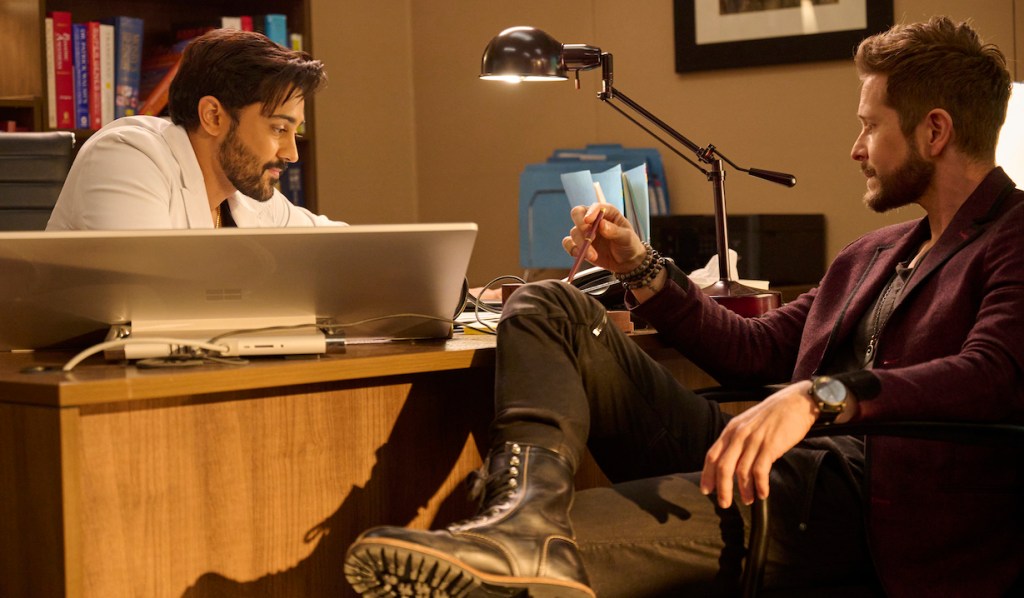 Even though he left the hospital because, as a single dad, he needed a less demanding schedule, Conrad was pulled back in to investigate a misdiagnosed patient’s real health issue. After falling back into his and Devon’s old working groove, he admitted it was the best day he’d had in a long time. Which means… he’s totally going back to the hospital, right? It’d be a stretch to have him pop up every week with a new patient that coincidentally needs Chastain’s special brand of care. It feels like a no-brainer that he’ll be back on staff before too long, but could Conrad return in a different capacity in order to maintain his presence in Gigi’s life?

2. Who Will Conrad Be Paired With Next? 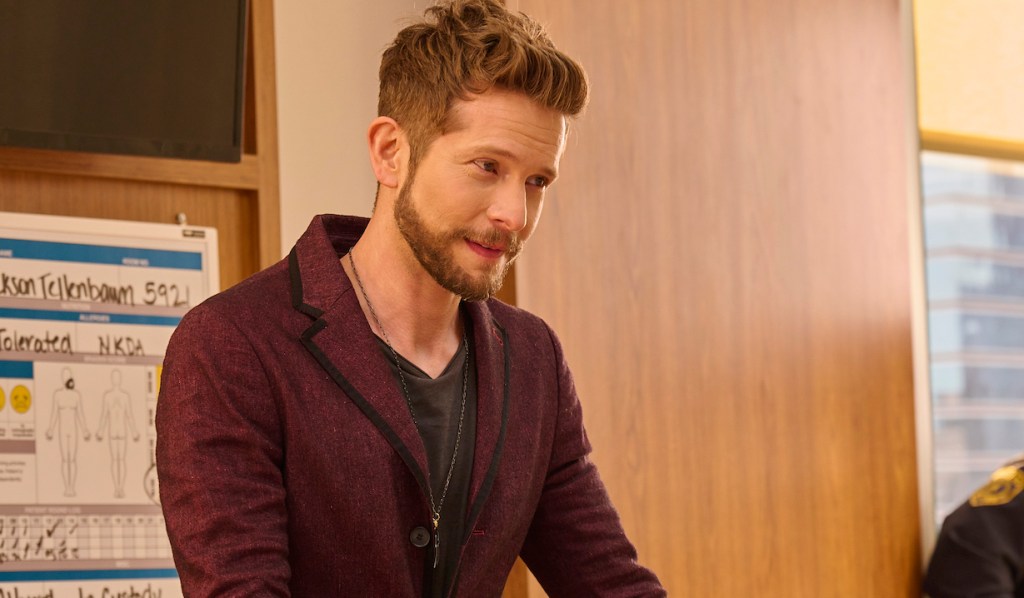 The other big question is, now that they’ve time jumped over the bulk of his grief regarding his deceased wife Nic, who will Conrad be romantically paired with next? Billie? Padma? The new doctor on the way to Chastain?

The Resident’s co-showrunner, Peter Elkoff recently talked with our sister site TVLine about this very thing. While there will be “emotional moments with different people” sprinkled throughout, Elkoff said, “He will end up with somebody, but not until we get closer to the end of the season.”

3. Was That Chemistry We Detected? 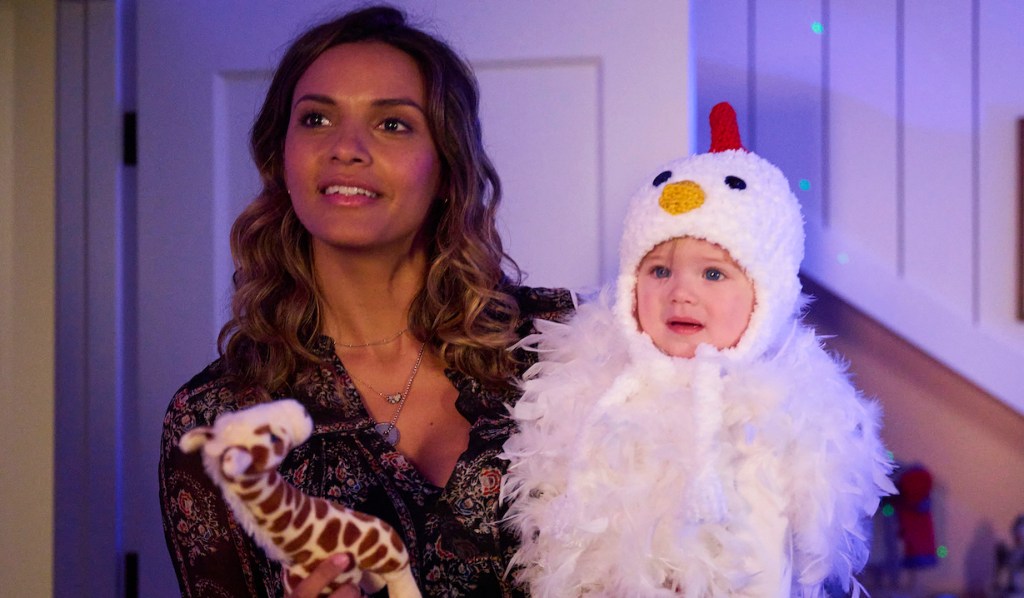 Speaking of Billie, she got promoted to chief of surgery after Kit saw her dedication to her MMA fighter patient, Tamiko. While Kit was wowed by her passion and surgical skills, we took note of her chemistry with said patient. Billie’s directness did not go unnoticed by Tamiko either, and the looks they shared have us hoping Tamiko will return for a follow-up or a thank you… and then maybe dinner and some romance?

More: Who must return for classic primetime soap’s reboot

4. Can Leela’s Sister Stick Around? 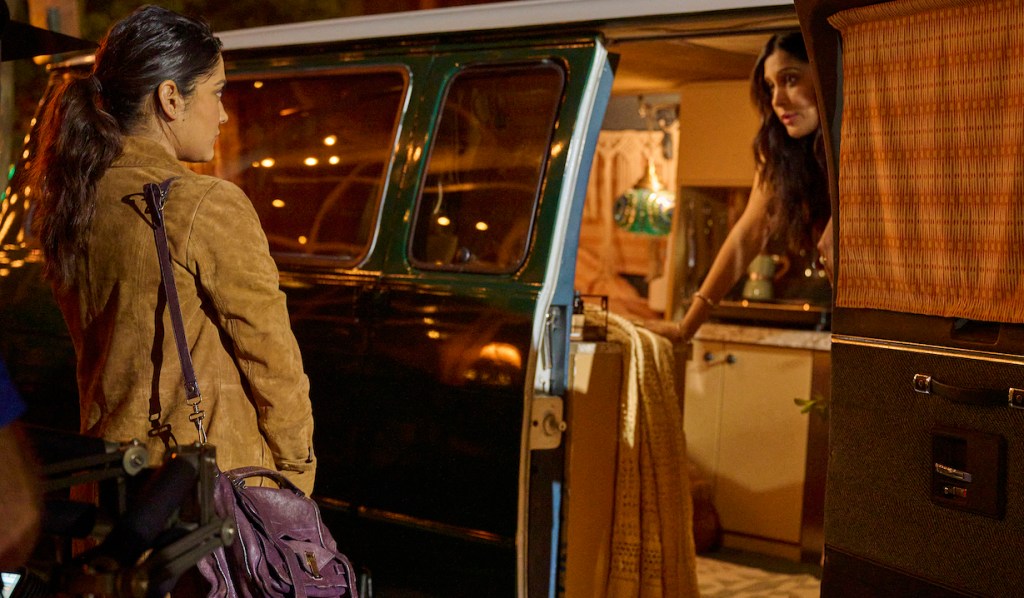 As for Leela’s van-living sister, we would love to see more of her. There were so many sparks during her brief scene with The Raptor, even the misdirection of the promo had us shipping him and Leela. (Sorry, Devon.) Not to mention, she totally evens out her more button-upped sister and it would be nice for Leela to have someone to confide in outside the hospital. The free-spirited Padma brings fresh energy to the show, even if we don’t know how she’d be connected to hospital storylines every week.

5. Was That Really Goodbye? 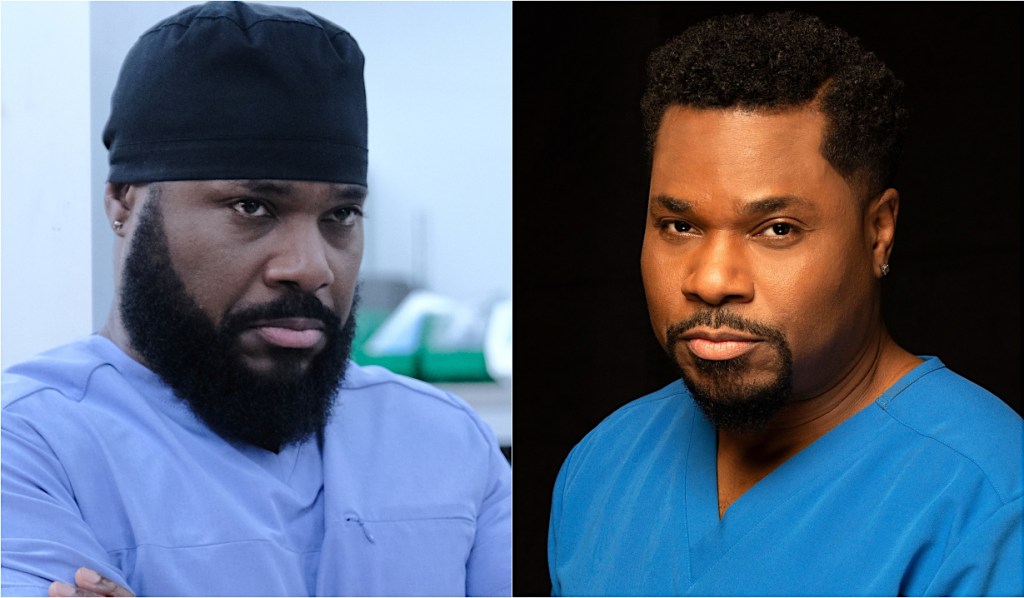 While much of the cast had slightly different hairstyles or facial hair to denote the passage of time, there’s one follicular change that will be missed the most. And that’s the absence of The Raptor’s beard. It was practically a character unto itself. And now, just like that, it’s gone. Sure, there’s a goatee in its place, but that recast doesn’t hold a candle to the original that needed its own hair net during surgery. We can only hope it graces us with its appearance again someday.

What did you think of the time jump? Are you glad they glossed over Conrad’s grieving? Or did you want to see that play out, along with the evolution of Kit and Bell, and Leela and Devon? Look through our photo gallery for where to stream primetime soaps right now and then chime in below. 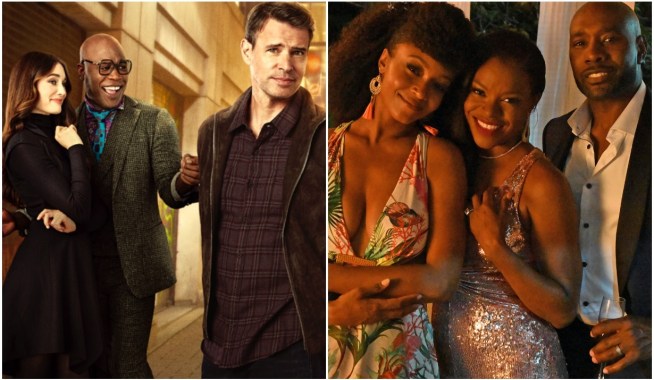 Two Soaps — Ack! — On the Verge of Cancellation? 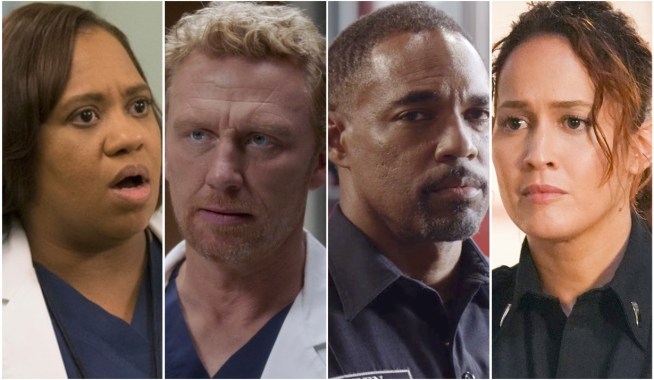