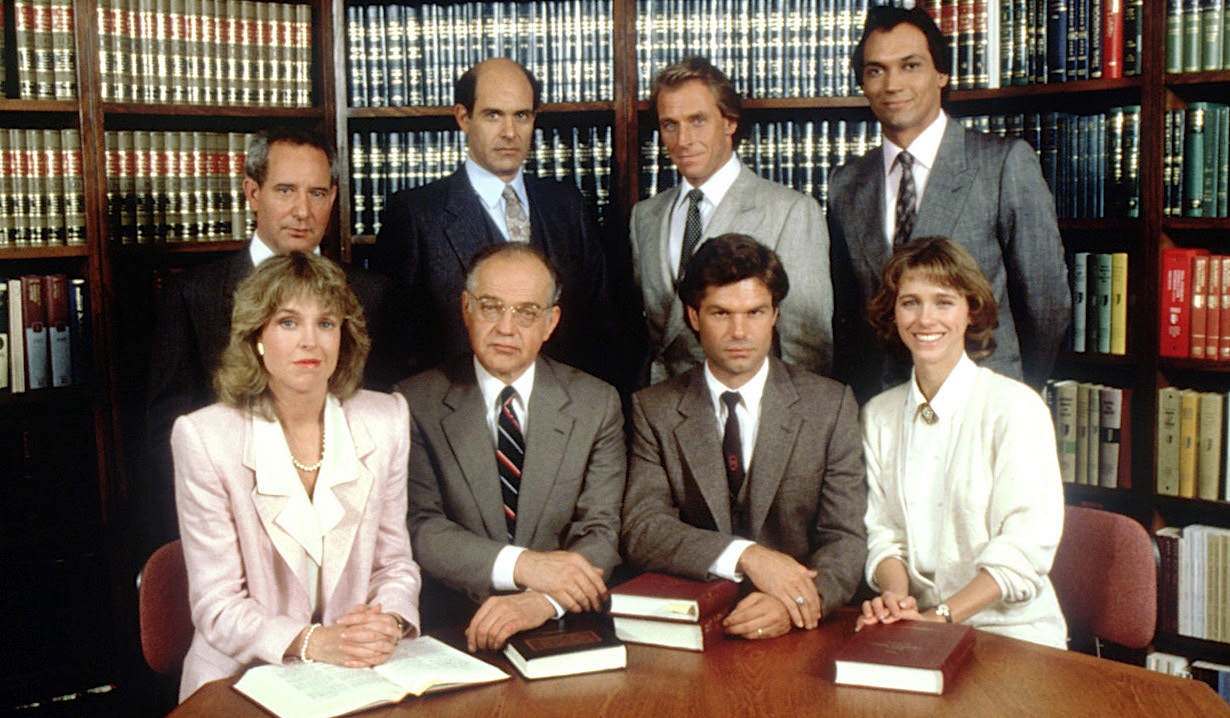 Hollywood is looking to the past yet again.

When it comes to primetime soaps — including ones that didn’t look like what most people think of as soaps — it’s hard not to think of L.A. Law. And we’re thinking about it now, almost thirty years after it went off the air, because it’s getting new life.

That’s right, the legal drama with touches of comedy and soap opera that ran from 1986 – 1994, is getting a reboot. Deadline reports original cast member, Corbin Bernsen has signed on for the sequel of the series that delved into the professional and personal lives of those working at Los Angeles law firm McKenzie Brackman. Bernsen, who played resident playboy Arnie Becker, joins Blair Underwood, who was the first one tapped to reprise his role of Jonathan Rollins. Underwood will also serve as executive producer.

Per Deadline, the law firm will now be Becker Rollins, “a litigation firm specializing in only the most high profile, boundary-pushing and incendiary cases.” Bernsen’s Becker will reportedly struggle with how things have changed culturally since the 80s, while Underwood’s once idealistic Rollins has become more conservative, clashing with millennials along the way. 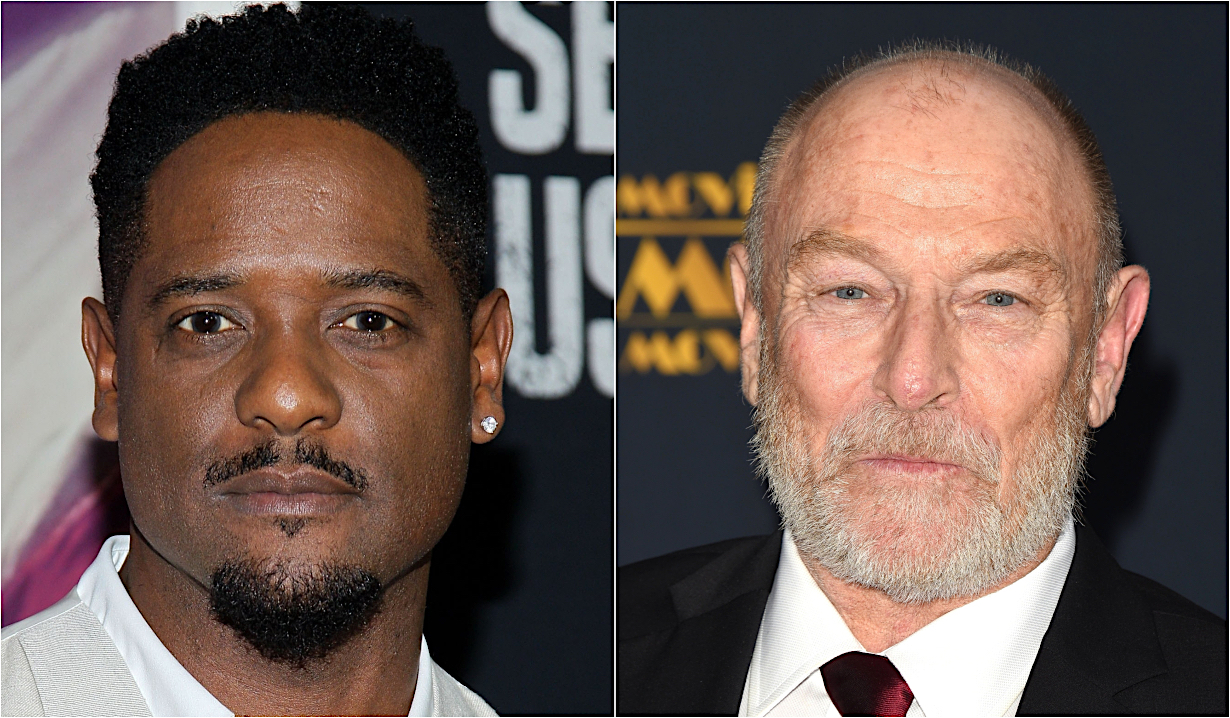 Bernsen and Underwood are expected to be the only two original cast members to play series regular roles in the pilot. However, others will presumably appear in guest-starring roles, should the pilot receive a series order.

As for who else could join the series, well, we’d like to see all of the original main cast return. But, if we had to get picky, here’s who we’d like to see in regular, recurring and guest-starring roles. 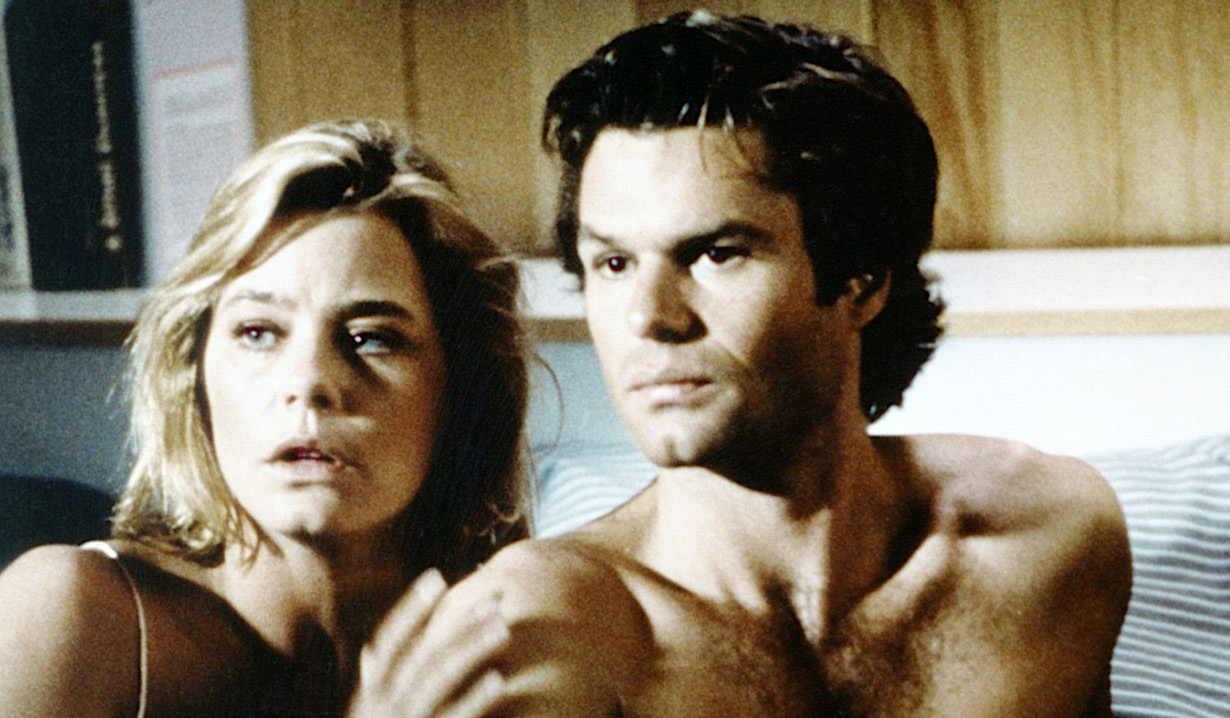 L.A. Law wouldn’t have been the same without the red hot romance of Harry Hamlin’s trial attorney Michael Kuzak and Susan Dey’s district attorney Grace Van Owen. However, Grace also had an unforgettable romance with Jimmy Smits’ Victor Sifuentes, who made his own indelible mark as the social justice lawyer.

Since these three immediately came to mind while dream casting the sequel, we’d love to see them join Underwood and Bernsen as part of the main cast. Earlier this year, Smits  mused to ET Online that he would like to see Victor as a judge or in politics should there be an upcoming L.A. Law reunion.

We could definitely see Victor presiding over Becker Rollins’ cases, possibly presented by Grace, while Michael, who became a restauranteur in the 2002 reunion movie, hosts the law firm’s members after hours while dispensing legal advice on the side. 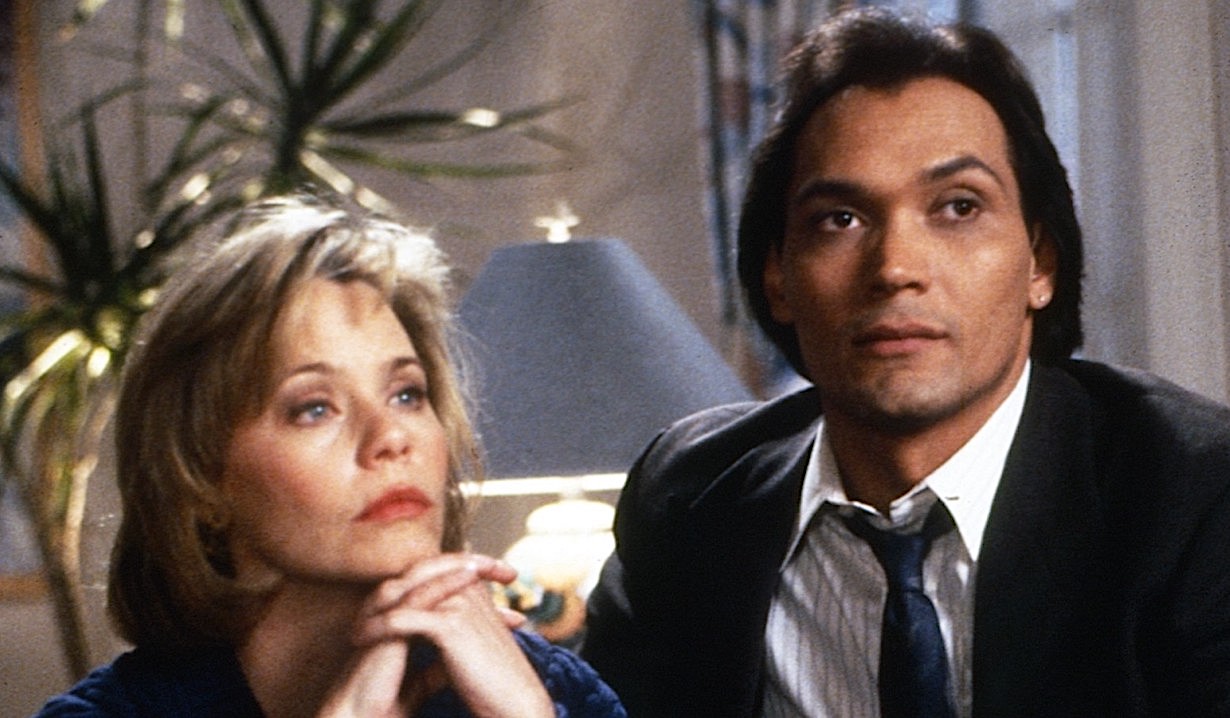 Arnie’s put upon assistant/hopelessly-in-love-with-her-boss Roxanne Melman, played by Susan Ruttan would definitely have to appear for more than just one guest-starring episode. It’d be a great delight to see her, at the very least, in a recurring role in a position of power opposite Arnie.

We would also need Michele Greene’s Abby Perkins to reacquaint herself with her former colleagues. Perhaps, the clerk turned associate could go up against them in court from time to time. 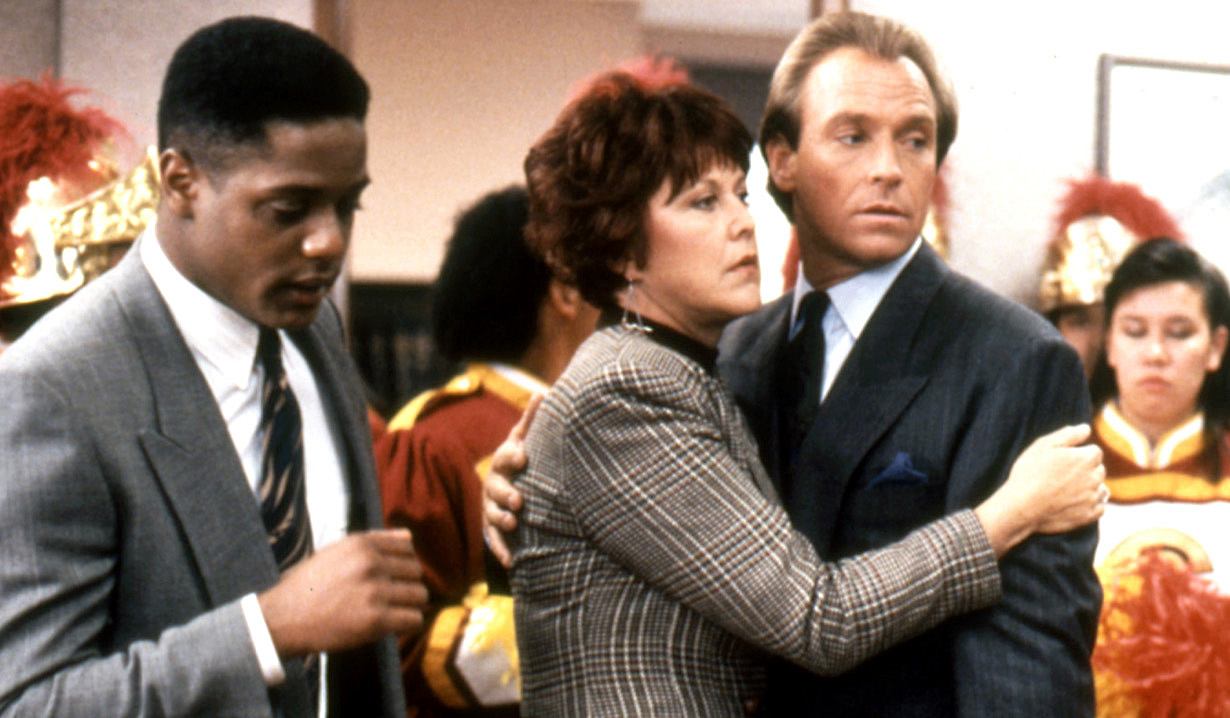 Former managing partner Douglas Brackman Jr., played by Alan Rachins, could very well be retired. But he could still very much be involved in the political and social movements of the day. Perhaps he could pop in for an episode to work with, or against, his former firm. While providing a bit of his trademark comic relief, of course.

And there would also have to be at least one visit with real-life marrieds Jill Eikenberry and Michael Tucker who played fictional couple and eventual law firm partners, Anne Kelsey and Stuart Markowitz. 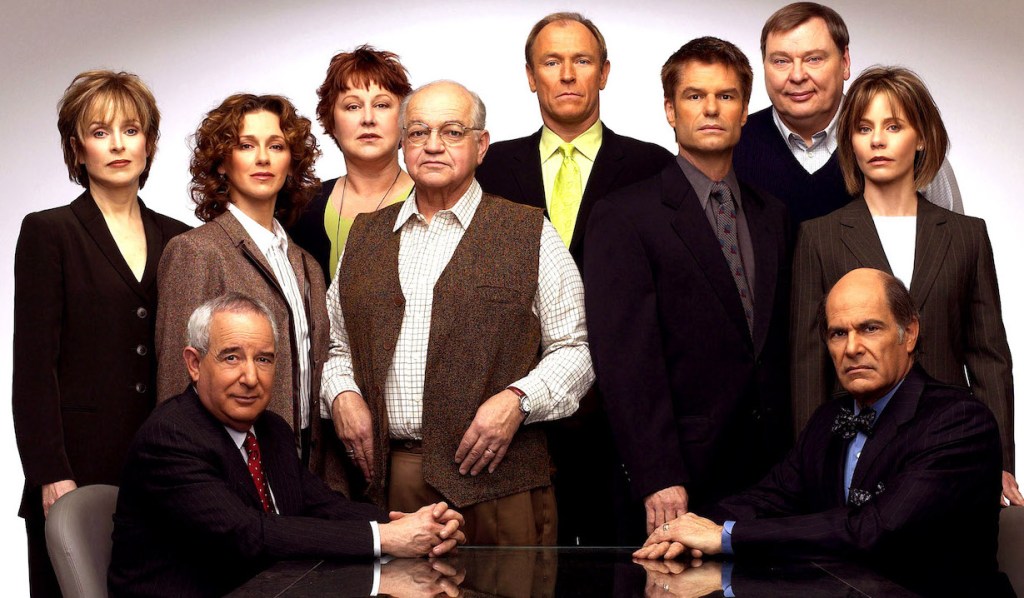 Two other characters who sprung to mind when recalling this series have sadly passed away. Therefore, nods to former senior partner Leland McKenzie, played by Richard Dysart, and office worker Benny Stulwicz, played by Larry Drake, would be a nice treat for long-time fans.

What do you think? Who would you like to see in the L.A. Law revival? Tell us below after looking through our photo gallery of stars who returned to daytime after hitting it big in primetime and movies. 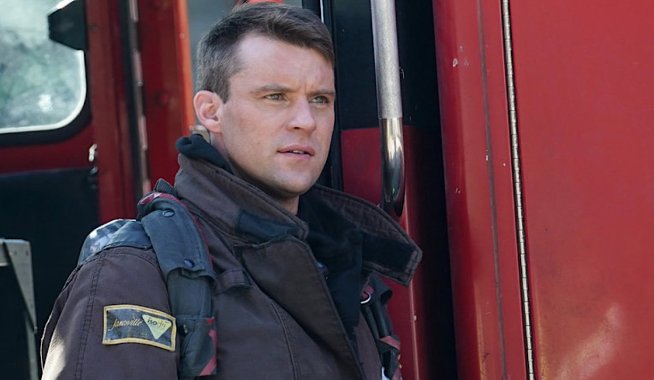 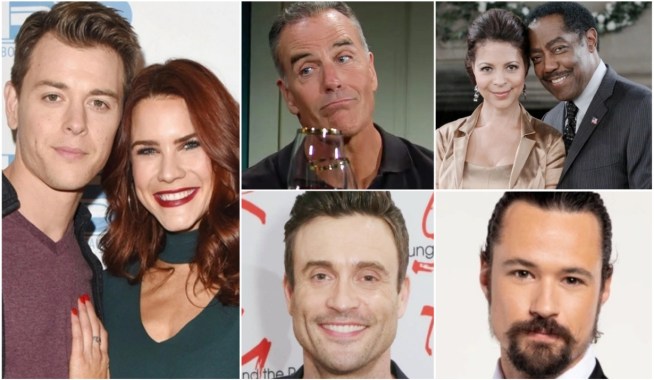