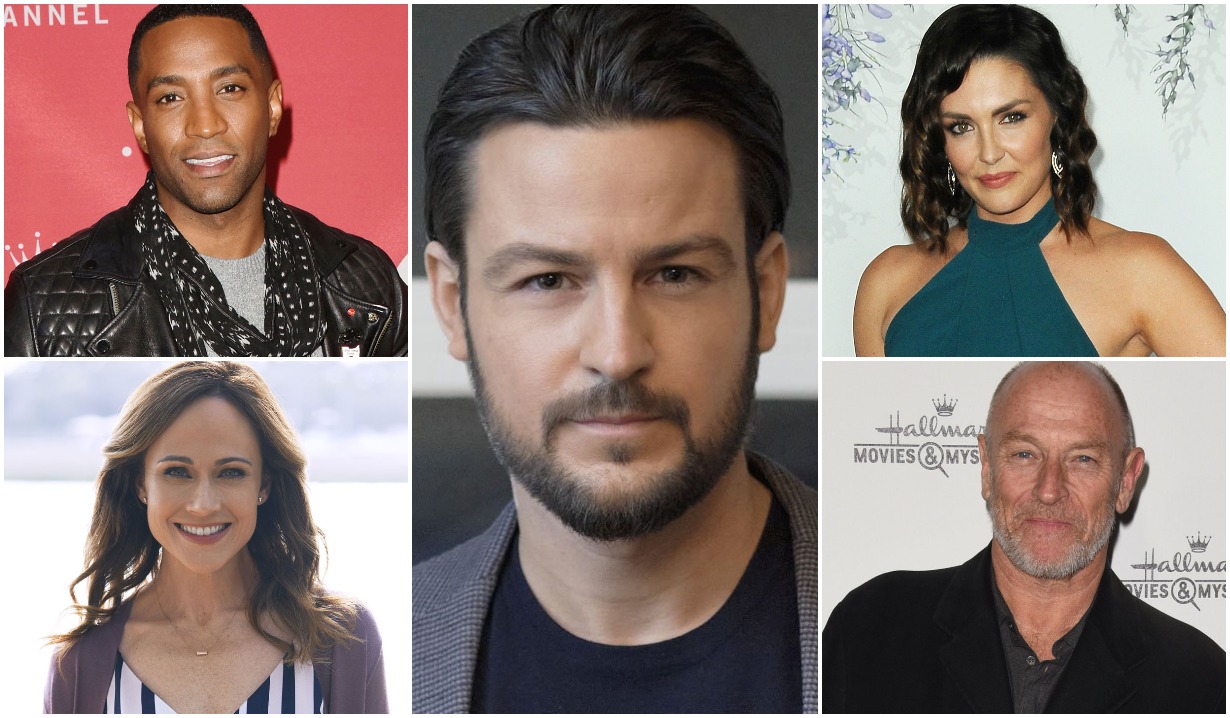 Come along for exciting adventures this season.

This year we were treated to bonus Summer Nights movies during part two of the Hallmark Channel’s annual event, and we all know as summer begins to wind down, fall is near, which means there’s a whole other set of premieres! That’s right, it’s time for the network’s Fall Harvest special, which runs from Saturday, September 11, through Saturday, October 16, as first reported by ET, and we have a promo and the schedule for you.

Back in June, Soaps.com reported the very first premiere, which stars Tyler Hynes as Luke along with CMT Award-winning country superstar Lauren Alaina as Callie. Find out what happens when Callie returns to her hometown and learns life has moved on without her. Tune in Saturday, September 11, at 9 pm.

Hynes also shared a little “roadhouse romance” of his own.

Raise a Glass to Love

An aspiring master wine steward (otherwise known as a sommelier) named Jenna (Laura Osnes) heads back to her family vineyard to study the craft and becomes draw to Argentinian winemaker, Marcelo (Juan Pablo Di Pace), and his natural methods. Master Sommelier Jennifer Huether will appear in a cameo as herself. The new movie airs September 18, at 9 pm.

A writer (Nikki DeLoach, Days of Our Lives’ ex-Brenda) returns to her family’s ranch to work on an article surrounding her passion for horses. In doing so, she realizes exactly what caused her marriage to end and why she stopped riding horses. Soap alums Scott Porter (As the World Turns’ Casey), Corbin Bernsen (Young & Restless’ ex-Father Todd) and Janine Turner (General Hospital’s ex-Laura) also star in the premiere on Saturday, September 25, at 9 pm.

Of the movie, DeLoach expressed, “Something beautiful is being filmed and I’m so grateful to be a part of it.”

Mismatched married couple, Maggie (Katie Findlay) and Josh (Wyatt Nash), would like nothing more than a do-over. However, when they wake up 15 years earlier, will Maggie choose Josh once again or her ex-boyfriend for a happily ever after? The movie debuts on Saturday, October 2, at 9 pm.

Fan favorite, and stepdaughter of Days of Our Lives’ Shawn Christian (ex-Daniel), Taylor Cole stars opposite William Levy in the movie based on the book by New York Times Bestselling Author Caridad Piñeiro, and Hallmark Publishing, which features Cuban cooking, friendship, family and romance. Go along for the journey on Saturday, October 9, at 9 pm.

Advice to Love By

An attraction blossoms when a love advice author (Erinn Westbrook) and a dating columnist (Brooks Darnell, Young & Restless’ ex-Nate) cross paths, which leads to both using tricks from their own playbooks to win the other over. The last premiere of the event airs Saturday, October 16, at 9 pm.

Stay tuned, as we’ll update this article with new video promos when they are released. For now, don’t miss sneak peek episode photos from this season’s Chesapeake Shores in our gallery below.

Almost a Quarter of a Century After...

This Is Us-tounding: Peek Inside the...