Chesapeake Shores Season Five Premiere Teasers: Abby Reflects on Her Relationship With Trace — and a Major Conflict of Interest Surrounds the O’Brien Family 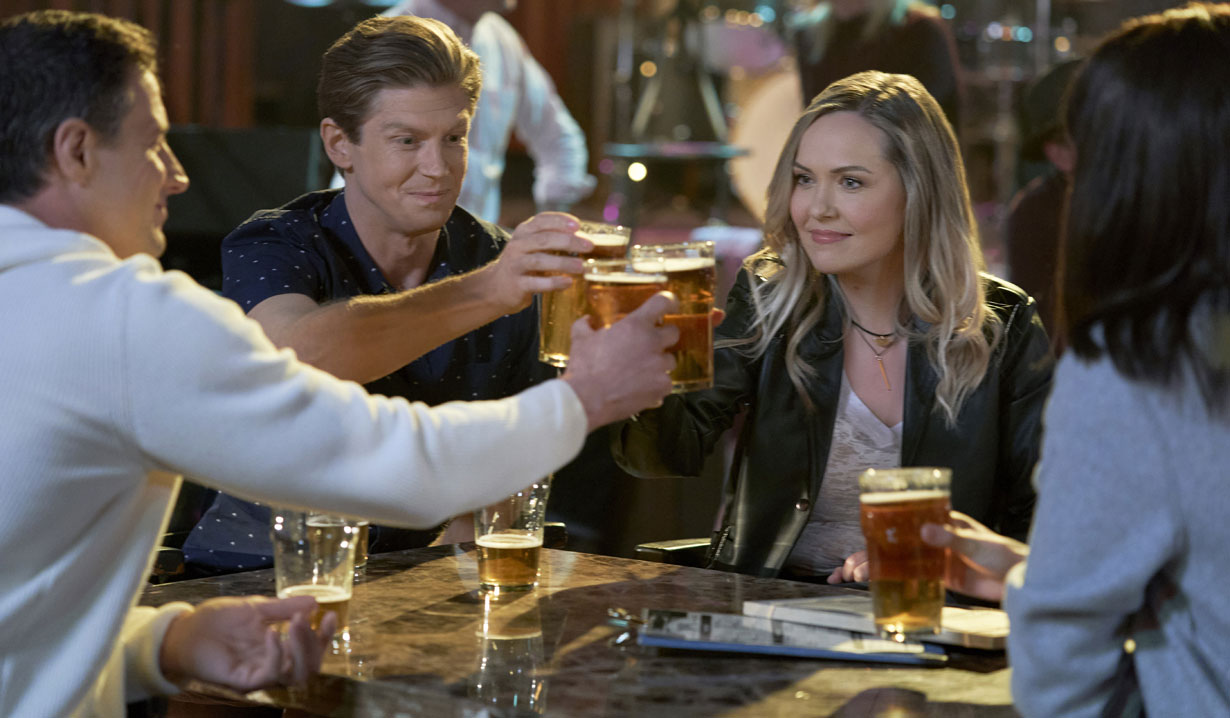 Wedding plans, an intriguing job offer and a big return kick off the summer drama.

It’s the moment Chessies have been waiting for — the season five premiere of Hallmark’s Chesapeake Shores! Soaps.com will be bringing our readers weekly teasers into what’s ahead for each new Sunday episode, which airs at 8 pm, beginning on August 15.

We’ve given viewers a preview of this season’s love, heartache and new beginnings and now we have an inside look into what will go down upon the series return on Sunday. Season four left us with a kiss cliffhanger between Abby and Trace, so she’ll find herself reflecting on their long relationship, as well as what it means for the future.

With David and Jess engaged, wedding plans are in the works, but the location is set — Chesapeake Shores. However, David’s family puts a damper on things when they present Jess with a legal document, which leaves her very much on edge. Could a pre-nup be in order?

And what about Bree? She’s been away in London working on her play, but returns to town fresh off its run. Though an intriguing job offer presents itself, it will mean having to reunite with her high school nemesis. Will the pros outweigh the cons?

Then there’s Connor… the law firm he now works for may be representing a new client — one that could pose a major conflict of interest for the O’Brien family.

Want more? You can view photos from the episode in our season five Chesapeake Shores gallery below, which we will update each week for a closer look into the family drama.

Almost a Quarter of a Century After...