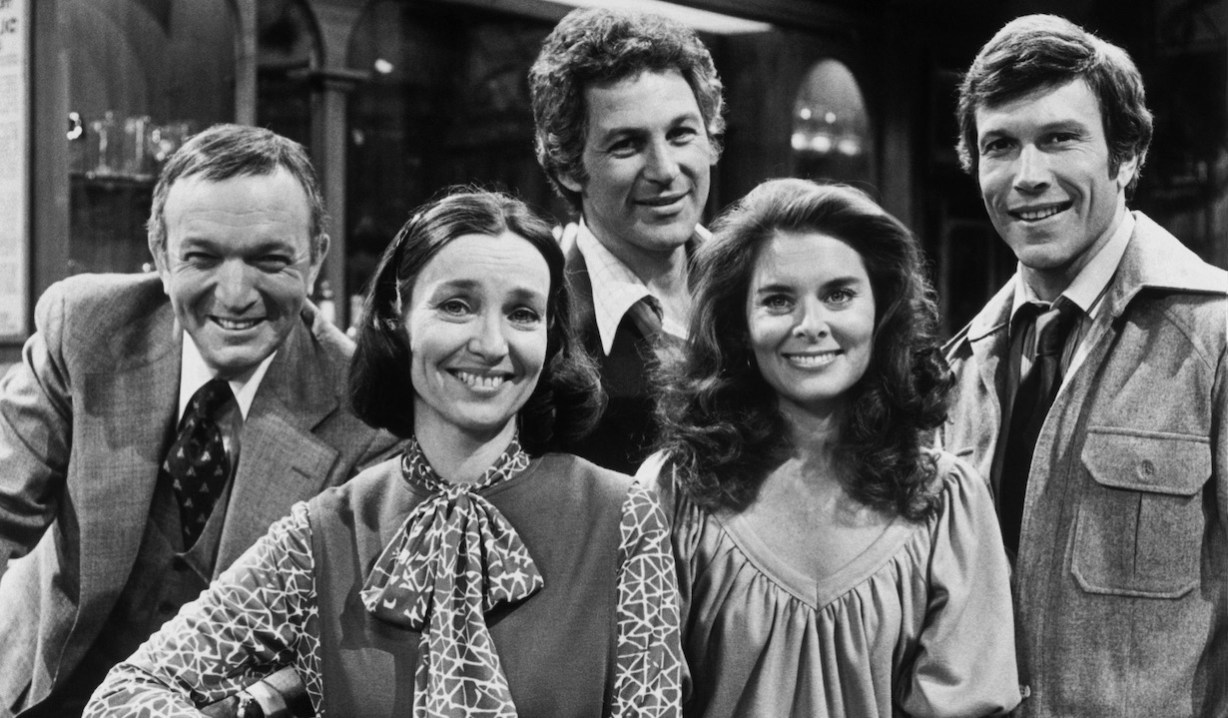 Courtesy of the Everett Collection

“It is with an unspeakably heavy heart that I share the news of my father’s passing,” began Sunday’s Instagram post by Lost alum Andrea Gabriel. “John Gabriel was my hero, my role model and my champion — but above all, my daddy.

“I will love you forever,” she added.

So will all of us who delighted in his electric performances in daytime. Though he appeared on Love of Life (as Linc Morrison) and General Hospital (as Teddy Holmes) in the early ’70s, it was the role of uncompromising Dr. Seneca Beaulac on Ryan’s Hope that made him a real soap star; he played the part for almost the entirety of the ABC daytime drama’s 1975-89 run and found himself entangled in two frontburner triangles (with second wife Jill Coleridge and her true love, Frank Ryan, and wife No. 3, child bride Kimberly Harris, and her boy on the side, Michael Pavel).

Upon reading Andrea’s post, Kelli Maroney, who played Kim, expressed her condolences and recalled her leading man thusly: “He was always a wonderful, supportive friend to me — and everyone! — when he got stuck with me for my first job on Ryan’s Hope. I know he’ll always be with you. He adored you and his family and spoke of you all the time.”

Following the cancellation of Ryan’s Hope, Gabriel went on to appear on Generations (as Vic Reynolds) and Days of Our Lives (as Pete LeGrand). The Loving vet also had an extensive career in primetime; among his credits were everything from 77 Sunset Strip in the 1960s to The Mary Tyler Moore Show (where he recurred as sportscaster Andy Rivers) in the ’70s, the sitcom Kate & Allie in the ’80s and the legendary “nonfat” yogurt episode of Seinfeld in 1993.

Per our sister site TVLine, Gabriel, born Jack Monkarsh, was also almost the Professor on Gilligan’s Island. He played the part — then a high-school teacher — in the comedy’s 1963 pilot but lost the role when it and two other characters were reworked and recast before the series hit the air.

Gabriel is survived by Andrea and her sister, Melissa, and his wife, Sandy (who you’ll recall as Dottie’s pushy Mommie Dearest Edna Thornton on All My Children). On your way to the comments to share your memories of the soap star with the matinee-idol looks, stop off at the below photo gallery, which pays tribute to all the daytime actors we’ve already lost in 2021.