As Dirty John Season 2 Hits Netflix, 10 Things You Need to Know About Betty Broderick and the Case That Stunned America 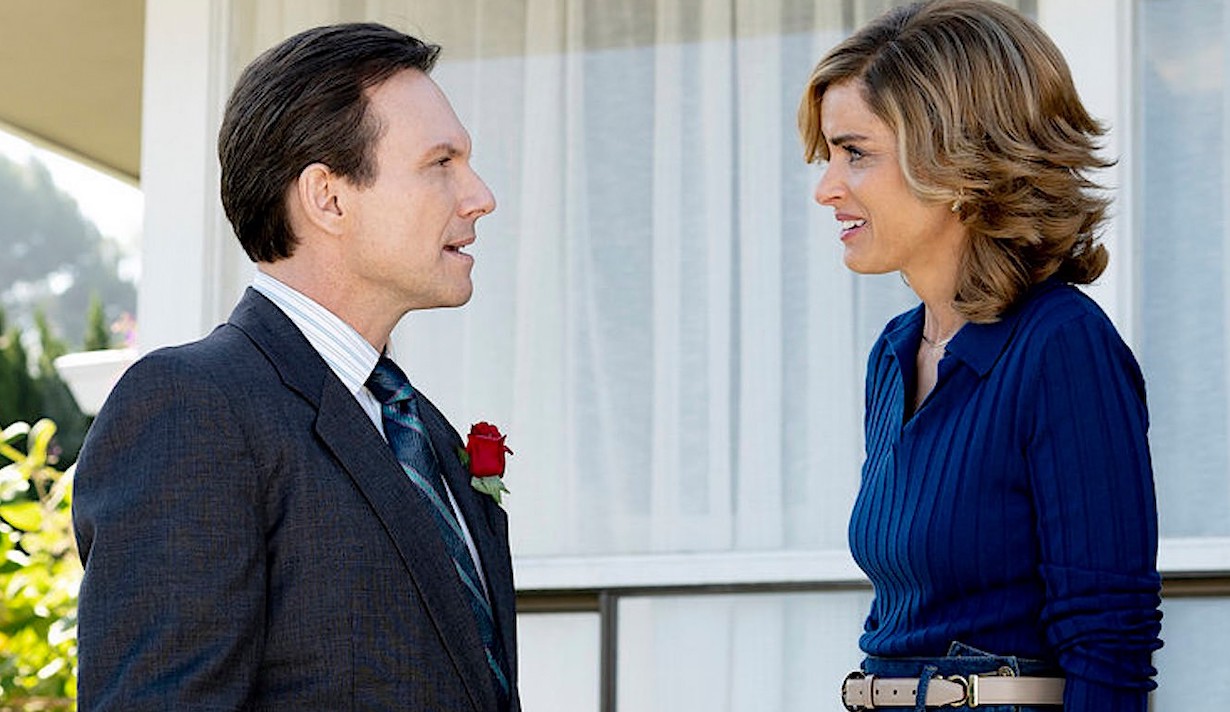 Misunderstood victim, cold-blooded killer… or both?

Real-life stories don’t come much soapier than that of Betty Broderick. Odds are when you hear the name, it tickles something in the back of your brain. “Wasn’t she the woman who… ?” you ask yourself, with the details becoming a bit fuzzy beyond the fact that she killed her husband.

Last year, her story was the focus of the anthology series Dirty John‘s second season. But because it aired on USA Network — where less than a million viewers tuned in to each episode, according to Nielsen ratings — you can bet that it will generate a whole lot more buzz now that it’s being featured on Netflix.

Whether you’re planning to dive into the wildly-bingeable series (starring Amanda Peet as the wronged wife and Cristian Slater as the handsome-but-hatable husband she eventually killed) or just trying to jog your memory, here are the answers to 7 burning questions you’re likely to walk away with.

1. How many people did Broderick kill?
While most people remember that bitterness drove Broderick to shoot the husband who’d abandoned her for a younger woman, many forget that she also took the life of her replacement. By the time of the murders, Linda Kolklena had gone from being Dan Broderick’s assistant to his wife. Both were shot dead in their bed on November 5, 1989.

2. Was Dan afraid of Betty before the shooting?
Although Dan was concerned about her erratic behavior and outbursts, it was Linda who seemed to realize Betty might be dangerous. In fact, Linda and several others reportedly tried convincing Dan that because they planned to wear an outdoor wedding, he should wear a bulletproof vest beneath his finery! 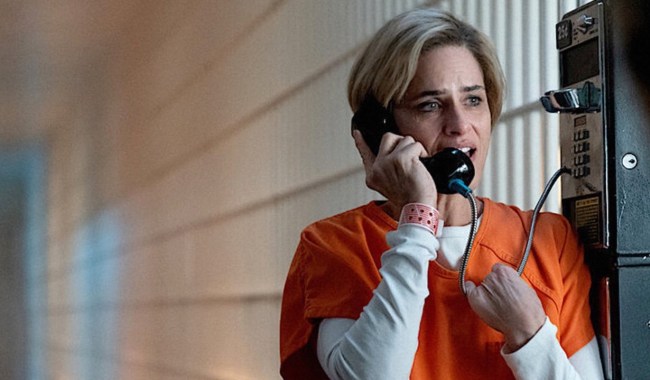 3. Is she still behind bars?
Pretty much the first thing everyone asks when Betty Broderick’s name comes up is, “What ever happened to?” Well, what happened was she was sent to prison, which is where she remains to this day, having received a sentence of 32 years-to-life.

4. Has she tried for parole?
She has, on two separate occasions, with the most recent parole hearing having taken place in 2017. “Your heart is still bitter, and you are still angry,” transcripts show Board of Prison Terms Commissioner Robert Doyle during one of the hearings. “You show no significant progress in evolving. You are back 20 years ago in that same mode. You’ve got to move on.” We’ll find out whether she’s been able to do that when next she is eligible for parole… in 2032.

5. Did she really drive her car into Dan’s house?
In one of Dirty John‘s  more dramatic moments, Broderick is seen driving her car across the lawn, onto Dan’s lawn and into his front door. And yes, this really happened… despite the fact that Dan and Betty’s children were inside the house at the time and could easily have been injured.

6. How do her children feel about the possibility of her being paroled?
They are divided, to say the least. Or at least they were during her last parole hearing. Daughter Kathy hoped to see Betty released, even offering to have Mom come live with her. But transcripts of the hearing show that Kathy’s brother, Dan, felt differently. “In my heart, I know my mother is a good person,” he said. “But along the way, she got lost. Releasing a lost person into society could be a dangerous mistake.”

7. Wasn’t there a previous movie covering the crime?
There were two, actually, both of which aired on CBS and starred Meredith Baxter as the jilted wife. The 1992 teleflick A Woman Scorned: The Betty Broderick Story covered everything up to the murders, while A Woman Scorned: The Last Chapter — aired later that same year — covered the murder trials. Dirty John covers the entire story over the course of eight episodes. 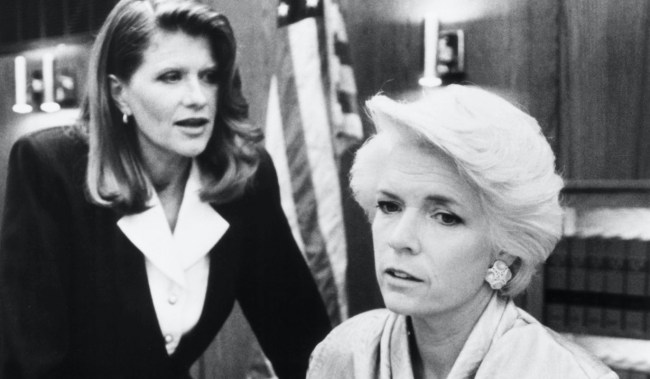 In Her Final Fury, Baxter’s version of Broderick was grilled by the prosecuting attorney played by Judith Ivey.

8. Did Betty have a boyfriend at the time of the murders?
Not only was Betty dating a man named Brad Wright at the time of the murders, but he was the one who actually discovered Dan and Linda’s bodies. Wright had reportedly received a call from one of Betty’s concerned friends suggesting that he check on her ex and his new wife. Upon finding the bodies, it was Wright who called 9-1-1.

9. Is it true Betty appeared on The Oprah Winfrey Show?
It is… and the resulting interview, which you can see below, makes for a fascinating watch. During the course of their 1992 discussion, Broderick goes from chatting almost casually about the early days of her marriage to increasingly manic and even contradictory when talk turns to Dan’s affair and the subsequent murders.

10. Will there be a third season of Dirty John?
While the show has not, as of this writing, been greenlit for another cycle, showrunner Alexandra Cunningham made it clear to the Hollywood Reporter that she has ideas about what to tackle next. Saying that the show’s theme tends to be “love gone wrong and coercive control,” she added that there’s one angle they haven’t yet explored: familial love. “Not romantic love, not a couple… but mother-child, siblings. Especially parentally, I think that’s where love gone wrong truly begins, that the love coming from a parent is not appropriate or twisted or not real.”

What type of case would you like to see a third season of Dirty John take on? While you ponder that, why not visit the gallery below to join us in looking back at 10 doomed soap couples for whom things quickly went from bad to worse. 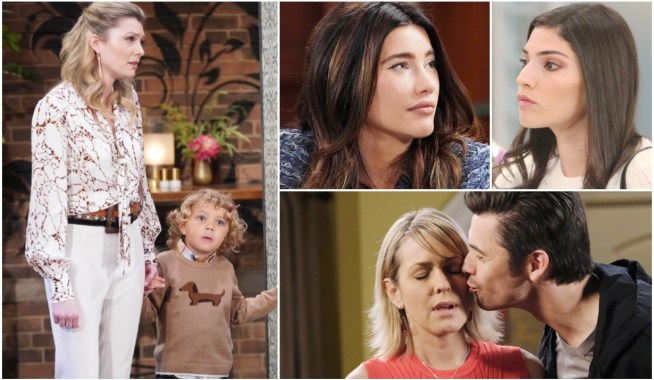 News Roundup: Emmy Nods, Summer Preview and the Picture That Has Everyone Talking 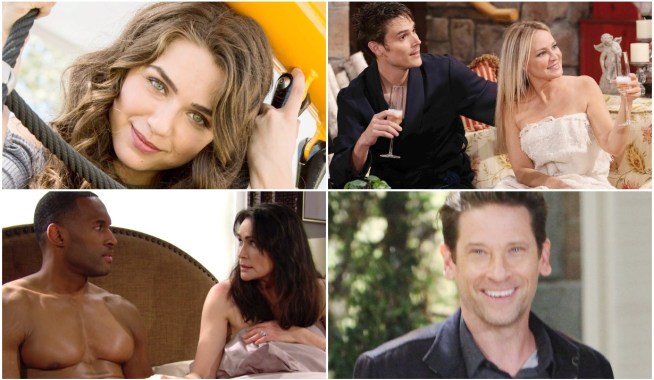