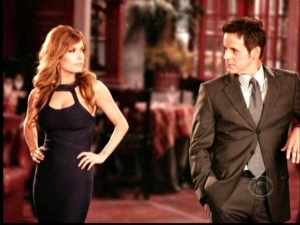 It’s almost turkey time for those in the United States, which unfortunatley means some soap opera pre-emptions. However, it’s always good to spend time with family and friends, and at least you won’t miss any of the drama, as everything will pick up where the shows leave off come the following Monday November 30!

CBS soaps, including As The World Turns, The Bold and the Beautiful and The Young and the Restless will not be seen due to a CBS Sports Programming special.

Days of Our Lives will be preempted on NBC, as the network airs the “National Dog Show.”

All ABC soaps will be pre-empted due to College Football.

CBS soaps will be pre-empted as well due to a CBS Sports Programming special titled "Best of College Football 2009."

NBC will air a new episode of Days of Our Lives!

Soaps.com wishes everyone who will be celebrating the holiday a wonderful day! If you have a little time to spare and want to chat with other soap fans, be sure to stop by our many Message Boards to pass the time!