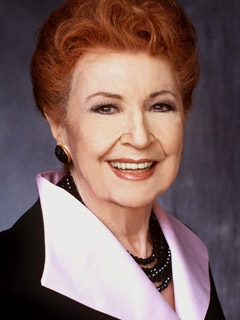 Linda L. asked: Back in December when Myrtle died Zach recited a poem can you tell me what the name of the poem was and who it is by?

Soaps.com: Hi Linda! The poem was written by Thorsten Kaye (Zach) himself and was titled “Highland Song.”

Susan M. asked: Did Brad want to leave the show? That was probably the worst episode and the saddest that I have ever seen and I have been watching this soap for about 40 years. I am very disappointed in the show. Unhappy viewer.

Soaps.com: Yes, sadly, Austin Peck has left his role as Brad. As always, please stay tuned to our As The World Turns Comings and Goings for any future casting news. Perhaps he will pop up in another soap at some point!

Christy W. asked: I’d like to know about the actor who used to play Brad on Y&R. Does he play on The Bold and The Beautiful? I don’t know his name. Can you please tell me?

Soaps.com: His name is Don Diamont, who played Y&R’s Brad from 1985 to 2009, and he now plays Bill Spencer Jr. on B&B. You can read more about his new character on Bill’s Profile Page.

Sandy H. asked: The actress who plays Nicole… is she pregnant in real life?

Soaps.com: She sure is, Sandy! Be sure to visit our Days of Our Lives News Room for all the details surrounding Arianne Zuker’s Pregnancy!

Carilla M asks: Isn't this the same actor who started as Lucky years ago?

Alice D. asked: Didn't Mitch play on All My Children at one time as a bad character?

Soaps.com: You remembered right, Alice! Roscoe Born (Mitch), has played in many soap operas over the years and played the role of Jim Thomasen on AMC in 1997. You can view some of the actor's past roles on his Roscoe Born's Actor Profile page.

Kate C. asked: A long time ago, it was announced that Dru was coming back to the show. I have been waiting and waiting, and have tried to find out through friends and the internet. No one seems to know the answer. Is she coming back or not, and if so, when?

Soaps.com: Though there are no plans to bring Dru back yet, you might be interested in what Victoria Rowell (Dru) told us in our Video Interview with Victoria Rowell in regards to a possible Dru return.

Do you have a Daytime soap question that's been eating away at you? If so, ask away! Please drop Soaps.com an email today!