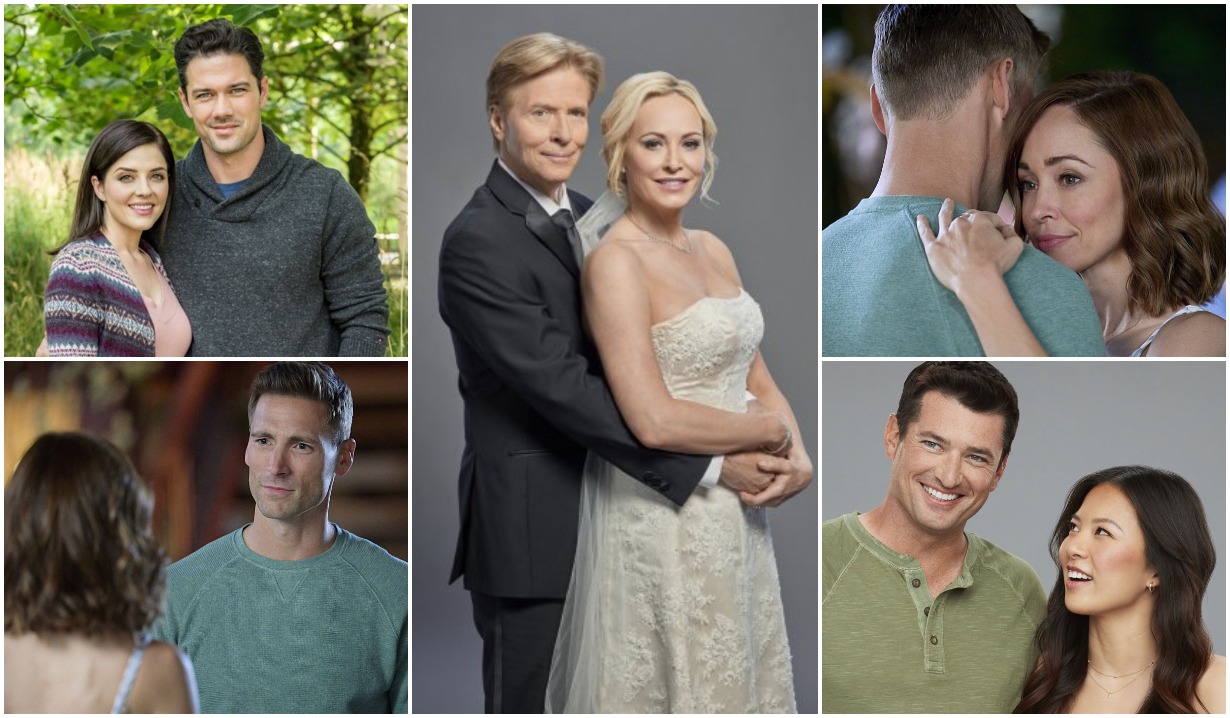 Bold & Beautiful, Days of Our Lives and General Hospital faves star in part two of this year’s summer line-up.

The time is here for the second half of the Hallmark Channel’s Summer Nights new movie premieres — and we have the updated line-up to round out the season’s event that runs from Saturday, July 31, through Saturday, August 28.

Love, friendship and careers are on the line when Hayley (Chloe Bridges) and her best friend Bree (Taiana Tully) go on a reality dating show to publicize her fashion line — and of course, nothing goes as planned. One Life to Live alum Corbin Bleu (Jeffrey) also stars as Marco with Scott Michael Foster as Luke. Tune in for the new premiere on Saturday, July 31, at 9 pm, and watch the promo for more.

While taking a necessary break from developing her wellness brand empire, an entrepreneur named Lauren (Autumn Reeser) discovers that it won’t be easy to create the work-life balance she needs. However, could a new romance with Jack (Andrew Walker) during a relaxing retreat change her life forever? The movie debuts on Saturday, August 7, at 9 pm, and you can get a sneak peek in the video.

Sealed With a Kiss: Wedding March 6

Mick (Jack Wagner) and Olivia (Josie Bissett) are faced with delaying their own nuptials, one, because they’re hosting the wedding of an A-list actor and his fiancée and two, because Mick gets an exciting opportunity Olivia won’t let him turn down. However, in the end, a last-minute change in plans provides both couples with the wedding of their dreams. Don’t miss the much-anticipated sequel on Saturday, August 14, at 9 pm, and watch the promo.

Previously titled Love in the Afternoon, head writer Maggie (Jen Lilley) must convince Darin (Ryan Paevey), fan-favorite actor and her real-life ex-boyfriend, to return to daytime in order save a soap drama from cancellation. The show’s creator and producer, Alice (Linda Dano) plans to retire and hand over the reins to Maggie — if the soap can be salvaged. Tune in on Saturday, August 21, at 9 pm, and watch the movie’s promo.

Amanda (Christine Ko) and her ex-boyfriend, J.P. (Wes Brown) must work together to sell her favorite aunt’s (Lauren Tom) pecan farm. As they put aside their differences, old feelings begin to rekindle, leading them to question the paths their lives are heading down. Don’t miss the final premiere on Saturday, August 28, at 9 pm, and get your first look here.

A Journey to My Heart

A young wildlife biologist sets out on a trip to a remote Alaskan nesting area of bald eagles and receives inspirational guidance from a Native American family. But that’s not all… a mysterious wilderness guide lends a hand as well. Tune in Saturday, September 4, at 9 pm.

Plus, keep an eye out for encores of the movies below that already aired during the first half of the Summer Nights line-up and don’t miss our gallery at the end of the article featuring brand new photos from the event!

You Had Me at Aloha

When a popular television travel host resigns, the network brings in Paige (Pascale Hutton) for the next season set in beautiful Hawaii. Little does she know, they also hired Ben (Kavan Smith), who has a knack for going to extremes. Though they clash at every turn, they also realize just how much they need one another to further their careers — and to balance each other off-screen. Tune in Saturday, June 5, at 9 pm and watch the preview here:

Of the crew and the island, Hutton expressed, “I just want to share my profound gratitude to the beautiful island of Oahu and our talented crew here in Hawaii for bringing the spirit of Aloha to our little movie.”

Matt (Days of Our Lives alum Brant Daugherty, ex-Brian) is filled with passion and manages to transform his bread from bland to brilliant. However, when his bread loses its magic, the island locals go into a panic and turn to Matt’s childhood friend, and one true love, Annie (Eloise Mumford) for help. Don’t miss the premiere on Saturday, June 12, at 9 pm and watch a sneak peek below.

Do you want to see more views from the movie? Daugherty shared a lovely video of the locale and confessed, “I’ve filmed in worse places.”

Mumford jumped in to convey her gratitude “to have spent the last month making faces with this dope guy” and went on to thank “the kindest, best crew for just being so very rad and for taking such good care of us.”

Event planner Victoria (Mallory Jansen) is beyond excited to be able to plan and attend her best friend’s Paris wedding. When she learns her ex will be there too — with a date — Victoria reaches out to her French childhood pen pal (Josh Sasse). The new movie airs Saturday, June 19, at 9 pm, and don’t miss the sneak peek promo.

And closing out the summer event is…

Based on the book by Nancy Naigle, real estate development project manager Elli (Aly Michalka) is sent to the quaint, seaside Connecticut town of Sand Dollar Cove to acquire a beachfront property chosen for a new resort. A charming local, Brody (fan favorite Chad Michael Murray), holds the deed and plans to make sure the town’s beloved pier, where numerous memories have been made throughout the years, remains intact. As Elli and Brody spend time together, she works to figure out how to make the deal work, which leads to a growing, undeniable connection neither anticipated. Don’t miss the premiere on Saturday, June 26, at 9 pm, but for now, watch the preview.

Want more? Look through our gallery below featuring scenes from the Summer Nights movies then take a look at 10 soap stars who we think should be cast on the Hallmark Channel next.

The Haves and the Have Nots'...

The Hallmark Premiere of Mystery...