On the Forty-Sixth Anniversary of Its Debut, Take a Look Back at a Much-Missed Soap That Broke All the Rules — *and* Ponder a Possibility for a Radical Relaunch 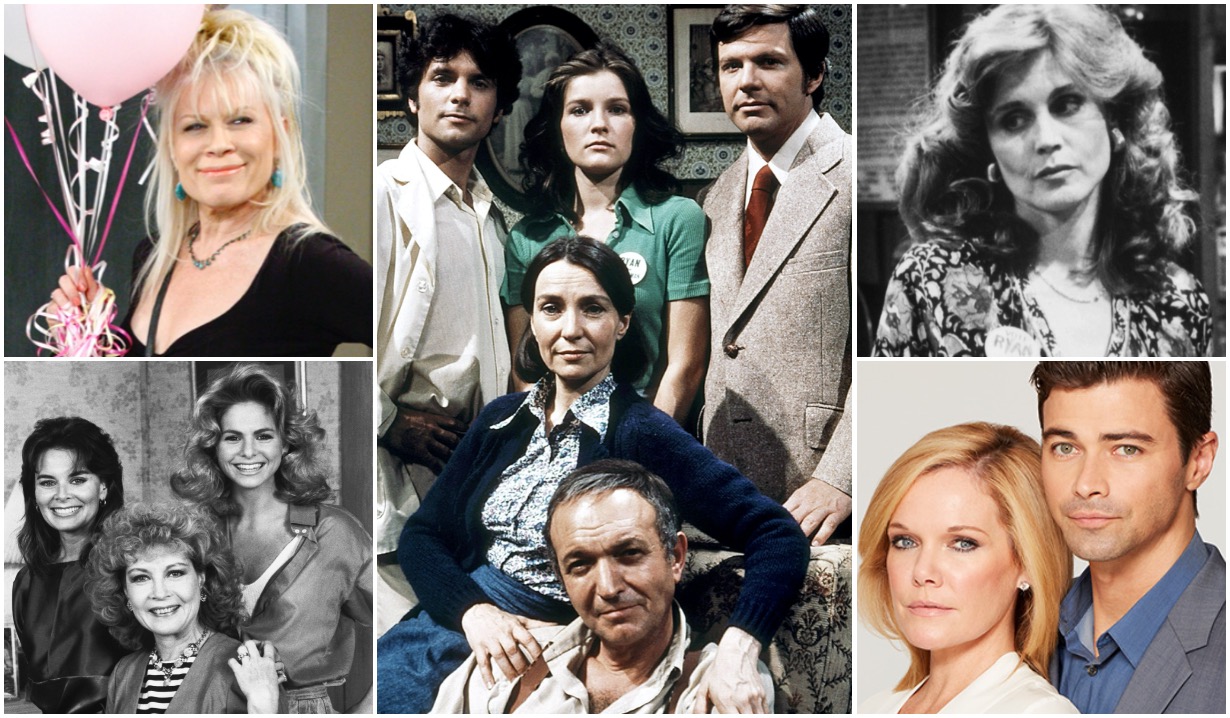 On July 7, 1975, ABC launched what may well have been the best, most grounded daytime drama ever.

From the start, Ryan’s Hope didn’t play by the rules of afternoon television. Its setting was a real place (New York City). Its central family not only had an established religion (Roman Catholic), it was devout. (Well, for the most part.) And never did it talk down to its audience. Scripts for the one and only soap that Claire Labine and Paul Avila Mayer ever got to launch were whip-smart — sharp enough to cut and emotional enough to bruise. 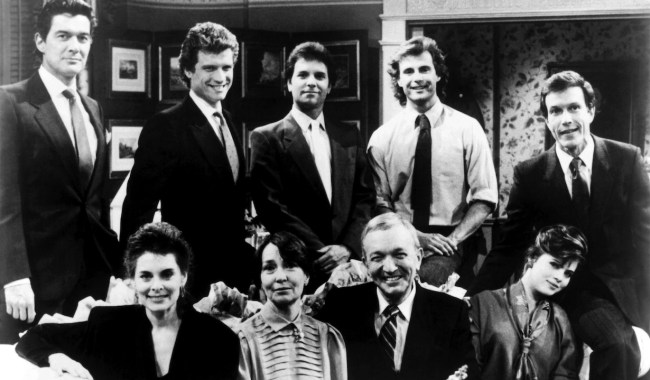 What’s more, you’d be hard-pressed to name a show with a cast of characters as well-defined and memorable as Ryan’s Hope’s. Matriarch Maeve (three-time Emmy winner Helen Gallagher) could level you with a word… and with no more than that, also make you feel like everything was going to be OK. Occasional daughter-in-law Delia Reid was an insatiable vortex of need, alternately grasping (as played by Ilene Kristen) and hilarious (during Randall Edwards’ tenure).

Was it sibling rivalry that you were after? Ryan’s Hope had it in spades, courtesy of the Ryan girls, headstrong Mary (Kate Mulgrew, the show’s first breakout star) and impetuous Siobhan (Sarah Felder, a revelation back in the day), and the Coleridges, Faith (Karen Morris-Gowdy longest), the quintessential mouse that roared, and her adopted sister, Jillian (Nancy Addison Altman), who — argh! — was just everybody’s favorite.

Oh, and they were just the tip of the iceberg. Ryan’s Hope had a bench of fascinating characters and outstanding actors that was enviably deep. You’ll be able to read more about them in the photo gallery that follows this article. But first, let’s discuss how the show told…

There was no “there” to which Ryan’s Hope was afraid to go — in particular when it came to its target audience of women. At a time when social mores dictated that a wife’s place was in the kitchen, the show had Mary stand up — to hotheaded Jack Fenelli, no less — for her right to put career over family. And it wasn’t a manipulative third party that kept Ryan son Patrick (John Blazo) from settling down with sweet Nancy Feldman (Nana Tucker Visitor), it was the fact that she was Jewish; his mother would never have approved.

Can you imagine any of the remaining shows going so far out on a limb? 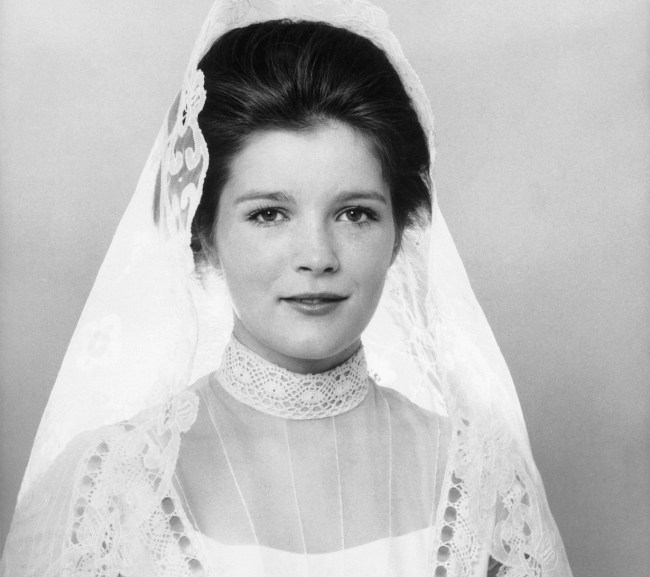 Where It All Went Wrong

Over time, sure, Ryan’s Hope gave in to some of the tropes for which daytime is known and not necessarily lauded. As it has with General Hospital, the Mob became a focus — arguably too great a focus — thanks in large part to the fact that Roscoe Born’s portrayal of Joe Novak was so magnetic, it was difficult to direct a camera away from him.

Delia was kidnapped, King Kong style, by a gorilla. (We actually freaking loved that story, by the way; here’s why.) Siobhan was stalked, a la Jaws, by a shark. (That was just silly.) Faith was said to be the reincarnation of an Egyptian mummy. (Mmkaaay.) And Maeve’s devoted husband Johnny (Bernard Barrow) turned out to have a smokin’-hot love child, Christopher Durham’s Dakota. (Eh… )

But what really began driving nails into the coffin of the show were backstage struggles. After Labine and Mayer sold their baby to ABC, the network moved front and center starlet Kimberly Harris (Kelli Maroney), her rich-bitch mom Rae Woodard (Louise Shaffer) and her heretofore-unknown father, Blake Carrington type Hollis Kirkland (Peter Haskell). And while a lot of the audience ate up the glitz and glamour — as it had when Kim and Rae had vied for the affections of stud muffin Michael Pavel (Michael Corbett) — another segment of it balked, redubbing the show Kirkland’s Hope. So as soon as Labine and Mayer were able to, they jettisoned… well, everyone that they didn’t like, including the actress playing Kirk’s other daughter, Amanda, Mary Page Keller (who soon became a soap superstar, thanks to her stint as Sally Frame on Another World).

Ryan’s Hope never really recovered. It was still good — brilliant, even. But it was as if an organ had been unceremoniously removed from a body; the body never quite healed. 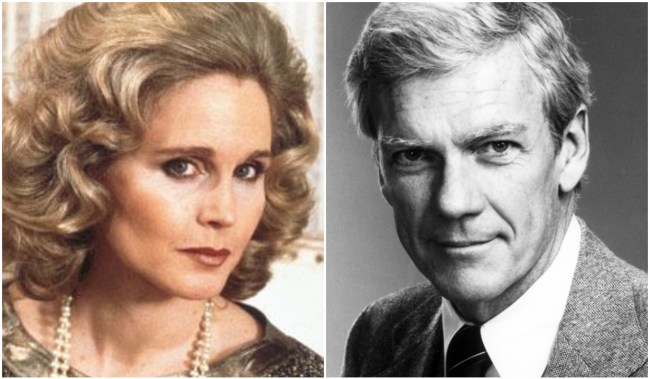 Were it up to us — and, sadly, these things never seem to be — Ryan’s Hope would be rebooted for 2021 with its epicenter being Delia (played once again by Kristen, who in recent years has reprised her role on General Hospital; she’s Ava Jerome’s mother, don’t ya know?). She’d still be running Ryan’s Bar, meddling in the affairs of son Johnno and serving corned beef and cabbage to the staff of the hospital across the street. (Maybe making the rounds now could be a doctor or two who used to scrub in at General Hospital? A recast Jeff Webber? Matt Cohen’s Griffin Munro?)

Driving Dee batty would be her new — at least newish; they weren’t crazy about each other in the ’80s, either — archrival Kim (Maroney), now a stage mom to daughter Arley. Do we even need to tell you that Dee’s grandson Owen would harbor a major crush on Kim’s daughter, “older woman” Arley?

More: How to resurrect One Life to Live [PHOTOS]

The only real sets that the revamped Ryan’s Hope would need would be the bar and its living quarters upstairs, Riverside Hospital and an apartment for Kim and Arley (in which grandma Rae’s portrait still has to hang, even if in effigy). It would be cost-efficient and, if it kept to the spirit of Labine and Mayer’s original concept, intelligent and trailblazing in ways that daytime hasn’t been in… 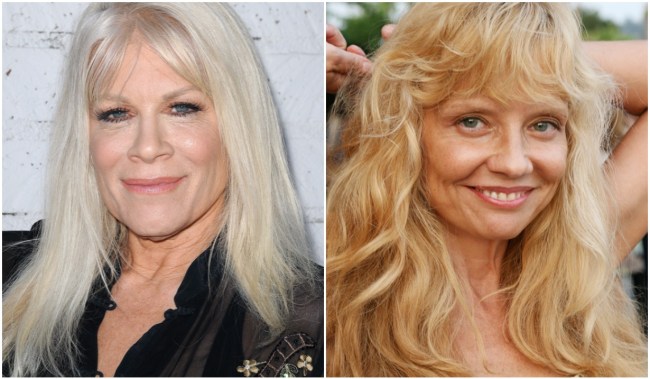 What do you think? Would you watch a reboot of Ryan’s Hope? On your way to the comments, stop off at the below photo gallery, which revisits highlights of the show’s celebrated run on ABC. Warning, though: You may wind up with “Danny Boy” stuck in your head. Just sayin’.

Image: Courtesy of the Everett Collection
1/16

Image: Courtesy of the Everett Collection
2/16

Image: Courtesy of the Everett Collection
3/16

Image: Courtesy of the Everett Collection
4/16

Image: Courtesy of the Everett Collection
5/16

Image: Courtesy of the Everett Collection
6/16

Image: Courtesy of the Everett Collection
7/16

Image: Courtesy of the Everett Collection
8/16

Image: Courtesy of the Everett Collection
9/16

Image: Courtesy of the Everett Collection
11/16

<p>Whether Gillespie, future primetime mainstay Marg Helgenberger (pictured) or anyone else was playing Siobhan — the character was recast a <em>lot</em> — her heart always belonged to Joe.</p>

Image: Courtesy of the Everett Collection
14/16

Image: Courtesy of the Everett Collection
15/16

Image: Courtesy of the Everett Collection
16/16 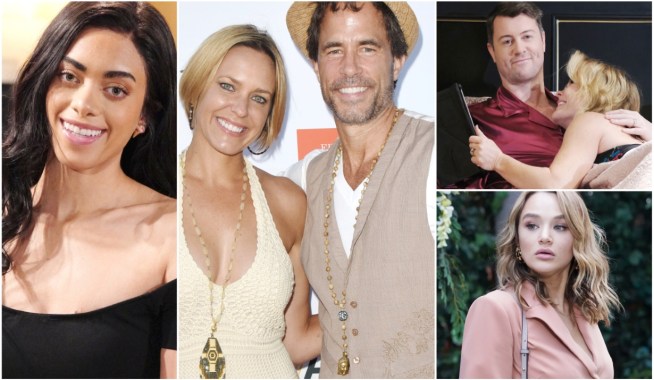 News Roundup: A Daytime Legend's Final Farewell, the Couple We're *Not* Rooting For and the Emmy Moment You Didn't See

On the 42nd Wedding Anniversary of a Supercouple That Went From Hot to… Well, Not, We Revisit 10 Sizzling Daytime Duos That Ended Up Fizzling 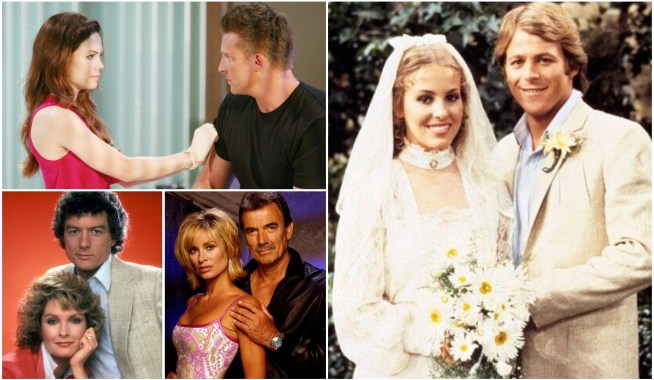