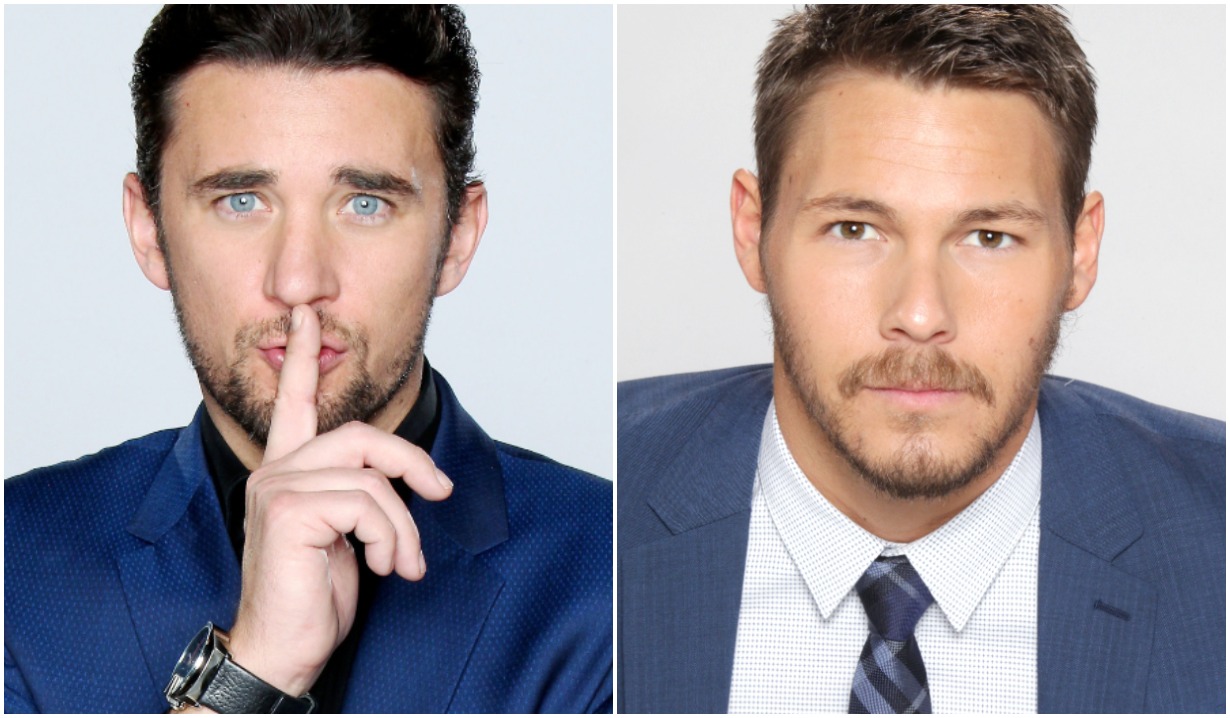 It’s pretty easy to imagine two characters in particular bonding over the fact that they both made the very same, very big, very dumb mistake.

As viewers, we’ve been wanting to slap The Bold and the Beautiful’s Liam upside the head — hard — for having slept with (and possibly impregnated) his ex-wife, Steffy. Ironically, we’ve been having the exact same reaction where Days of Our Lives’ Chad is concerned. Because while he didn’t sleep with his ex, he did hit the sheets with someone he shouldn’t have under pretty similar circumstances.

Both guys jumped to conclusions. Both should have known better. And both have been kicking themselves ever since.

This week, while watching the crossover between The Bold and the Beautiful and The Young and the Restless, we got to thinking that what we really wanted to see was Liam and Chad crossing paths at the Brady Pub and comparing notes. How would such a scene play out? Read on for our take…

“Liam… ” Chad begins while sipping his whiskey. “I was sure that Gwen had my best interests at heart. Even though she’d come on to me before, kissed me, even undressed in front of me.” Chad looks around the pub and shakes his head. “I just can’t believe she lied and made me believe that Abigail was having an affair with my brother, Jake.”

“I feel your pain,” replies Liam, nodding. “For years, I have flip-flopped between Hope and Steffy — the two loves of my life.” Liam spills his wine cooler and mumbles something.

“What was that?” Chad leans in.

“Between you and me,” Liam repeats, “I wish I could have them both. But Forrester Creations — and Thomas — can keep that damn mannequin!”

More: Will B&B’s Thomas execute his biggest manipulation yet?

“Huh? Mannequin?” Chad asks, wondering if he’s drunker than he thinks or he really heard what he thought he heard.

“The news didn’t reach Salem?” Liam asks with a self-deprecating laugh. “Your nanny may have convinced you that your wife was having an affair with your brother, which makes sense considering she technically had an affair with your other brother… what was his name, Stefan? But I believed a mannequin! She didn’t talk to me directly, but… ”

Chad, realizing his story has nothing on the one being told by his new pal, asks, “Did she talk to you indirectly?”

“No, she only talked to Thomas,” Liam slurs, a bit sloppy after two wine coolers. “But she still kinda made me do what I did. I mean, she looked just like my wife, and she was kissing my nemesis… “

Suddenly confused, Chad asks “Your wife was kissing your nemesis?”

“No,” insisted Liam. “Keep up! The mannequin was kissing my nemesis, but I thought it was my wife, so I… “

“Burst in to see what the heck was going on?” prompts Chad.

“You know, I didn’t think to do that,” admits Liam. “Instead, I assumed the worst, got drunk with my ex and slept with her.”

Chad, of course, has the only reaction one could have to that particular confession: He does a spit take which leaves Liam wiping whiskey from his beard.

Having been listening to the conversation, pub owner Roman Brady approaches, throwing Liam a towel with which to wipe off his face. “I’ve heard some stuff in my day,” admits the barkeep, “but that takes the cake. And this is coming from a guy whose ex-wife was once possessed by the devil. But you should both keep those stories to yourselves in the future because frankly, they kinda make you look like idiots!”

Who are we to argue with the likes of Roman Brady? Before heading to the comment section to tell us which of the guys you think made the dumber mistake, why not check out the photo gallery below in which we look at some of the greatest rivalries to ever hit the soaps. Something tells us that in the future, Liam and Thomas — and perhaps even Chad and Gwen — will wind up making the list! 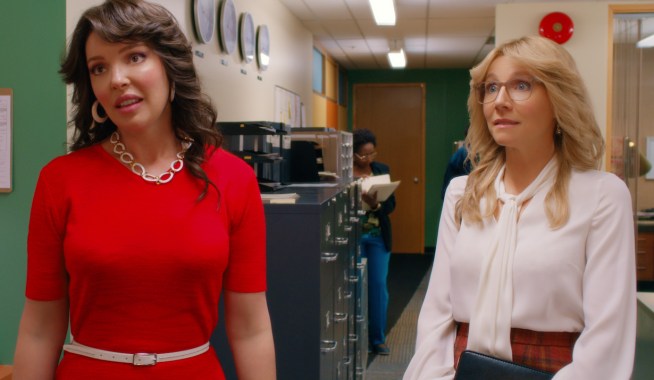 Firefly Lane Ending Explained — Plus, Why [Spoiler] Didn't Die and What *Has* to Happen in Season 2 of the Netflix Series 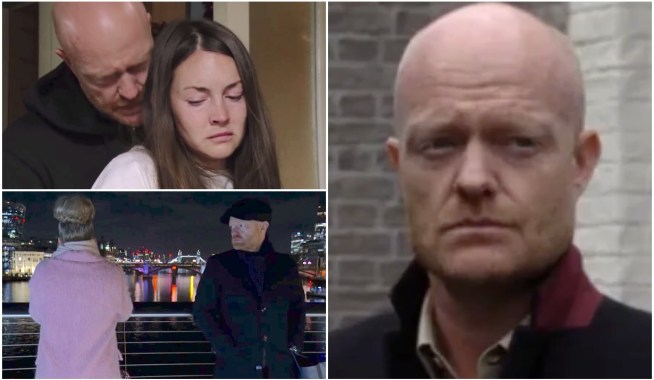