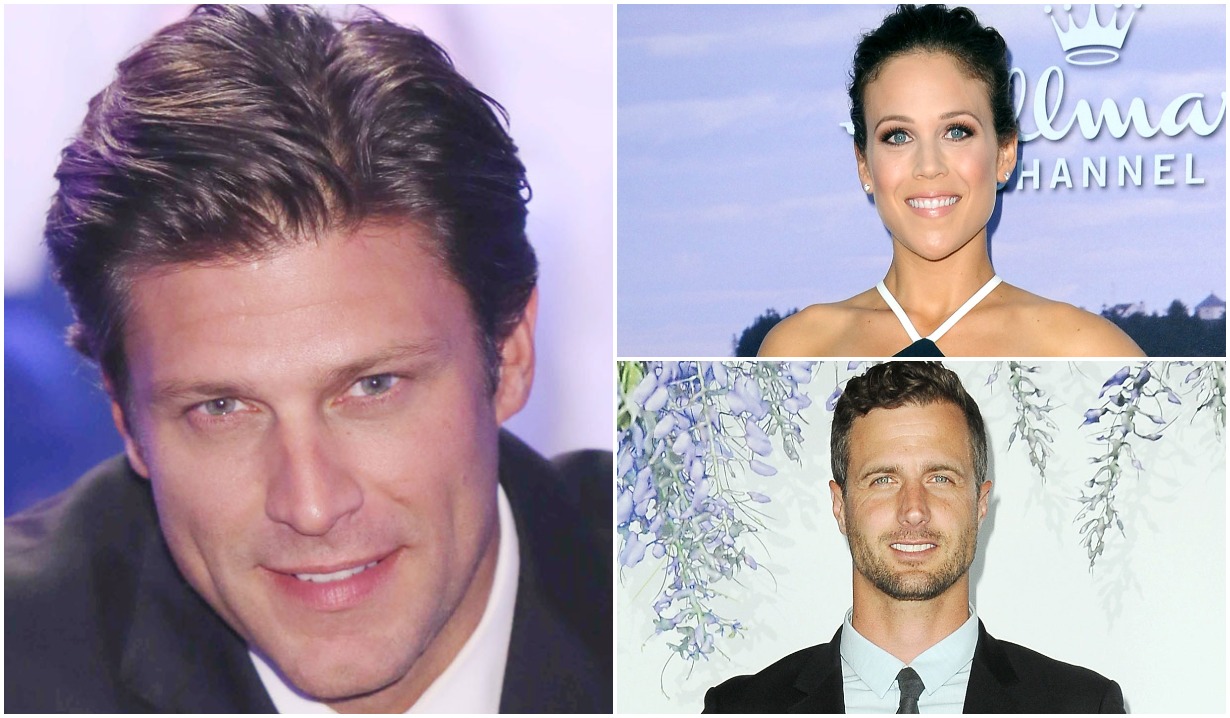 New love and rekindled old flames warm the hearts of many during the most romantic season.

It’s a new year, which means we have a ton of movie premieres to look forward to from the Hallmark Channel in 2021. On the heels of the network’s recent New Year, New Movies special, we have the lineup for the next batch of original features for the month of February — which some consider the season of love.

The Love Ever After premieres will star many Hallmark favorites and will include a special network premiere on Valentine’s Day of a 2017 romantic movie starring Days of Our Lives’ Greg Vaughan (Eric). Get all of the details, including dates and times as well as messages and photos from the actors below. Plus, a preview of what’s to come:

A woman named Molly (Brooke D’Orsay) wins her baby sister the ultimate Beverly Hills wedding — paid in full — but has to work with the groom’s best man, her ex-boyfriend Cory (Brendan Penny), which forces her to look at whose dreams she really wants to fulfill. Tune in for the premiere on Saturday, February 6, at 9:00 pm.

Here is a scene with Penny and D’Orsay’s characters making a toast. 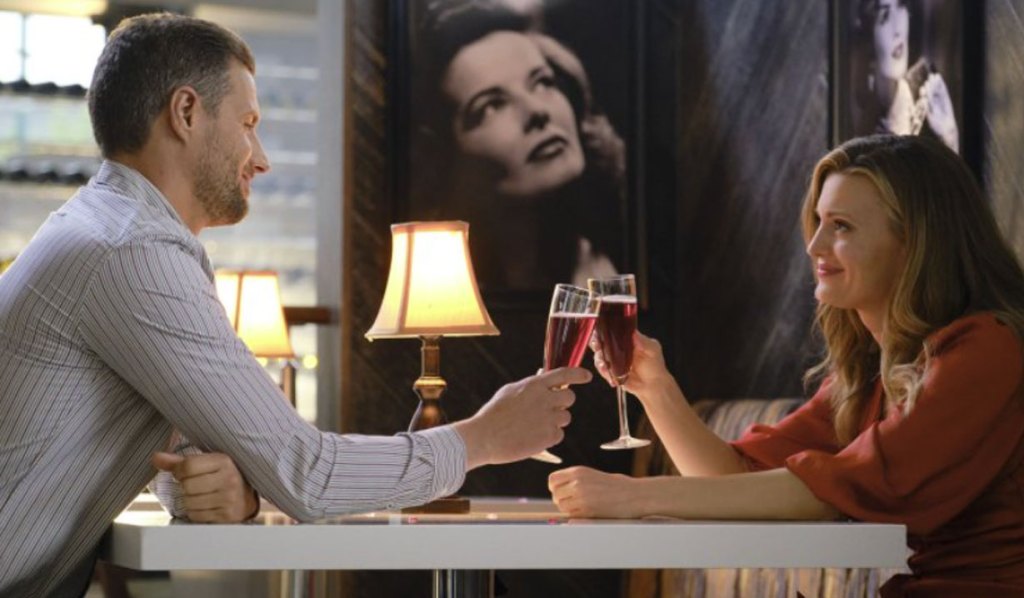 A young girl, Clara (Mia Quaranta De La Rosa), creates a matchmaking business as part of a school project and secretly tries to set up her father David (Nicholas Gonzalez) with her teacher Kerri (Laura Vandervoort). The fun begins on Saturday, February 13, at 9:00 pm.

Get a look behind the scenes… 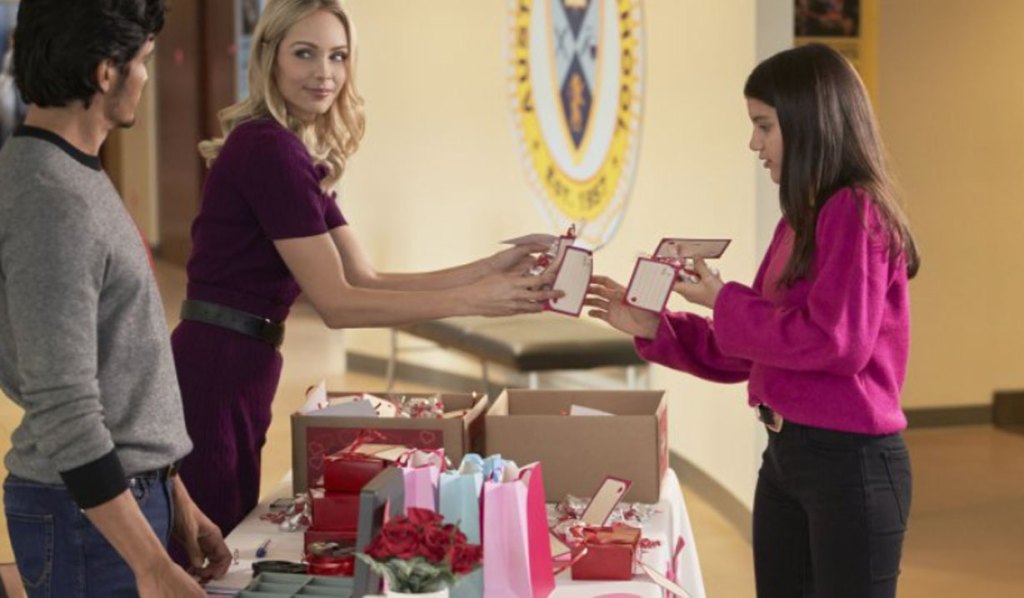 Special airing: Days of Our Lives’ Greg Vaughan (Eric) stars as Danny opposite Nicky Whelan as Katherine in the Hallmark premiere of this 2017 romantic movie, which had been originally supposed to air that year but ended up being pulled from the network’s Countdown to Valentine’s Day lineup. After workaholic Katherine experiences the worst Valentine’s Day date ever, a gypsy places a spell on her, which allows her to relive the day over and over again until she finds her soulmate. Tune in on Sunday, February 14, at 9:00 pm.

Watch a preview of Valentine’s Again.

Whelan posted a photo on Instagram back in December 2016 of the initial filming.

Mix Up in the Mediterranean

A small-town cook (Jeremy Jordan) decides to impersonate his estranged big city chef twin in a culinary contest and ends up falling for the woman (Jessica Lowndes) in charge of the competition — a woman who assumes that he is gay. The new movie airs on Saturday, February 20, at 9:00 pm.

Check out the promo:

The stars had some fun on the set in this Instagram video where they, “Discovered our costar Callum Blue looks exactly like @chrisbharrison from @bachelorabc! One 3 minute video shot on an iPhone, one take, no script and some serious improv skills from this amazing cast… we struck ROSE gold!”

It Was Always You

Elizabeth’s (Erin Krakow) engagement heads down a different path when her fiancé’s brother David (Tyler Hynes) arrives on the scene. David’s presence forces her to take another look at her life and the decisions she must make for her future. Don’t miss the final movie in the series on Saturday, February 27, at 9:00 pm.

Take a peek at what’s ahead.

Hynes shared a photo of him, Krakow and Briar the golden retriever during filming.

View our gallery below featuring current soap opera stars who should totally be doing Hallmark movies then get more Hallmark news — and your free daily soap-opera fix — delivered straight to your email inbox by signing up for Soaps.com’s newsletter. 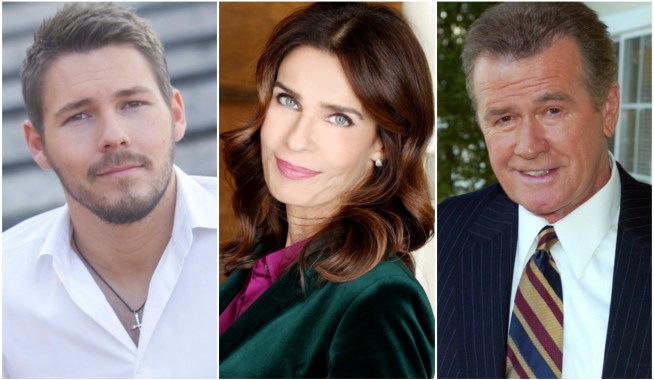 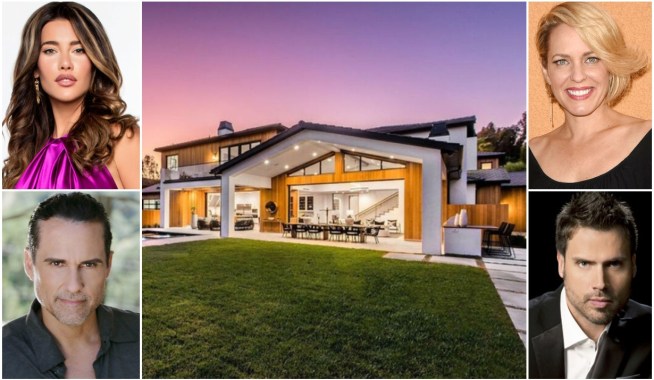