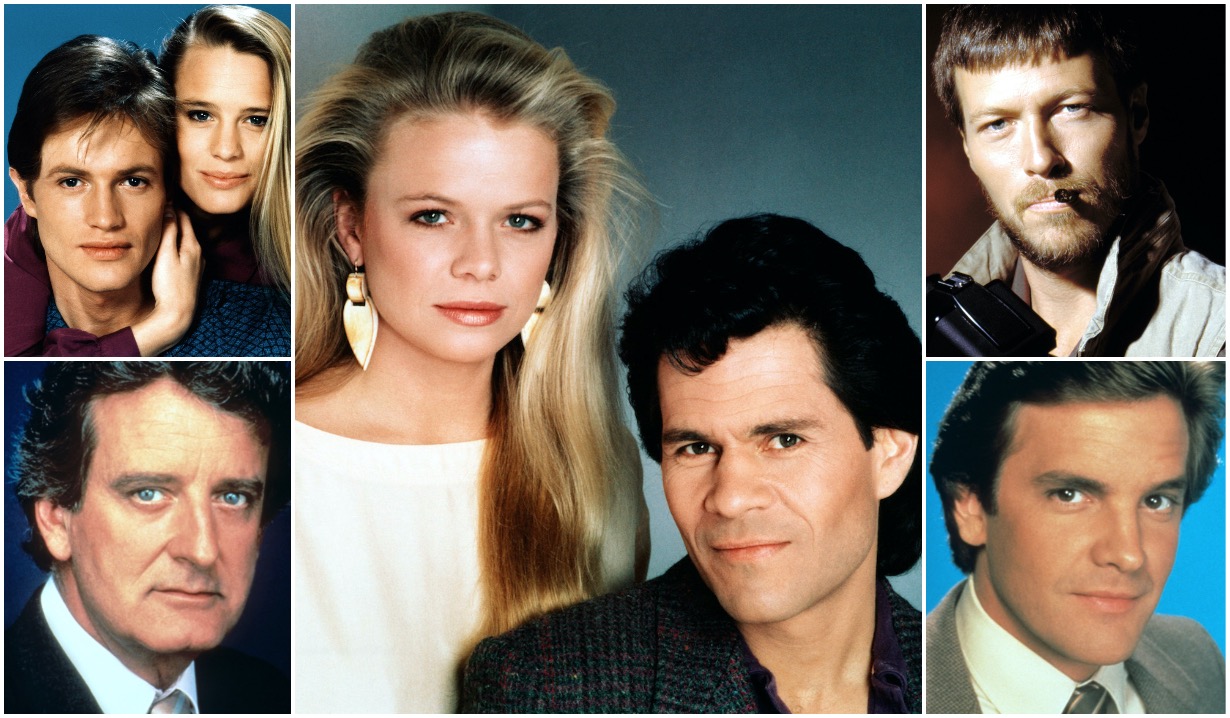 The show won 24 Daytime Emmys in under a decade. It was… hmm… how to put it without exaggerating in the slightest… freaking amazing.

January 15, 1993, marked the last broadcast of Santa Barbara. But longtime fans of the NBC soap will tell you that really, the show as we knew and worshipped it came to an end a year earlier, when Paul Rauch was brought on as executive producer and Pam Long as headwriter.

And yeah, before you ask, it does still sting. Here’s why.

Created by Bridget and Jerome Dobson, previously the top scribes at Guiding Light, Santa Barbara was not an out-of-the-gate hit when it premiered in 1984. Though there was no denying the star quality of cast members like future Princess Bride Robin Wright as heroine Kelly Capwell, the sublime Lane Davies as her acerbic brother, Mason, or Louise Sorel (later Days of Our Lives’ Vivian Alamain) as the lustful Augusta Lockridge, there were… erm, a few weak links.

Quite a few, actually.

So the Dobsons soon turned loose a serial killer on their titular town to separate the wheat from the chaff and simply discarded other characters that weren’t working — among them bubble-headed Jade Perkins, played by the future Melissa Reeves (who would of course go on to becomes Days of Our Lives’ Jennifer Horton).

“Hacktors” simply couldn’t be allowed to cohabit the same stage as no less than near-EGOT winner Dame Judith Anderson as Minx Lockridge, for heaven’s sake.

Eventually, the show even managed to find the perfect actor to play C.C. Capwell, patriarch of the serial’s fancypants central family. It took four tries, sure, but the powers that be ultimately landed on Jed Allan, previously Don Craig on Days of Our Lives. And the guy didn’t just play the part, he utterly became it. (Seriously, check him out in the below scene, in which C.C. menaces first wife Pamela, brilliantly brought to life by Marj Dusay.)

Unfortunately, the intrigue backstage was almost — maybe even more? — gripping than what was going down on screen. In 1988, the Dobsons were locked out of their own show — even as it was headed toward back-to-back-to-back Daytime Emmy victories for Outstanding Drama Series. New EP Jill Farren Phelps sensibly revolved the soap around fan favorites A Martinez and Marcy Walker as star-crossed lovers Cruz Castillo and Eden Capwell — and to great effect.

More: Marcy Walker‘s huge gamble — and how it paid off

But behind the scenes, the revolving door spun like a top. Also in 1988, Wright bolted to capitalize on her star turn as Princess Buttercup, and Emmy magnet Justin Deas left his role of corrupt D.A. Keith Timmons. A year later, the show lost Davies and finally, in ’91, Walker. Her exit might as well have been the final nail in the soap’s coffin. 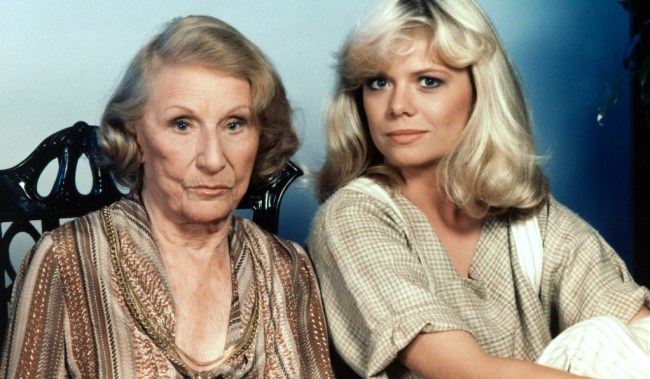 Above: Walker, here with Anderson, left daytime to try her luck in primetime.

Once Rauch and Long were installed as the new big kahunas, Santa Barbara more or less ceased to be Santa Barbara. They still attracted top-tier talent, but with MVPs like Guiding Light alum Kim Zimmer (aka Reva Shayne) and General Hospital grad Jack Wagner (the erstwhile Frisco Jones) front and center as, respectively, Jodie Walker and Warren Lockridge, the show felt as much like Santa Anita as Santa Barbara.

Finally, with ratings diminishing along with viewer interest, NBC pulled the plug and cancelled the show that had become a shell of its former self. Ironically, in the soap’s final shot, Rauch, who’d basically killed Santa Barbara, smashed a cigar under his shoe and walked away.

Personally, given what the once-great serial became under his reign, we would’ve had him step in something altogether different. 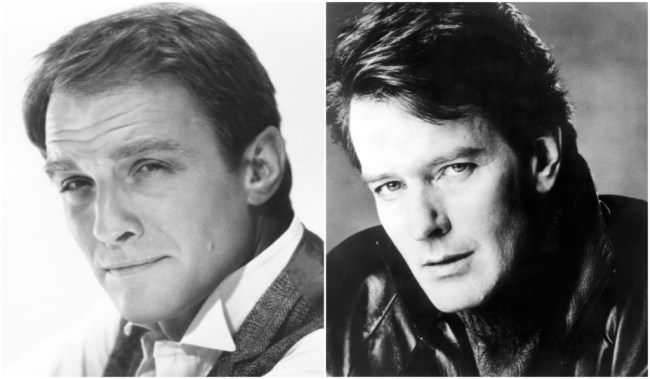 Above: Terry Lester (ex-Jack, The Young and the Restless) embodied Mason’s smarminess; Gordon Thompson (Adam, Dynasty), his wit and intellect.

Once More, With Feeling

But that was then, this is now. Who knows? If All My Children can get remixed and rebooted as a primetime series — and it is — maybe Santa Barbara, with its popularity around the world, could be next. Whether it is or isn’t, you can revisit the show via the our gallery of then-and-now pics of the cast or the below photo gallery, a Who’s Who of who was significant to the sudser that we still can’t believe is gone. 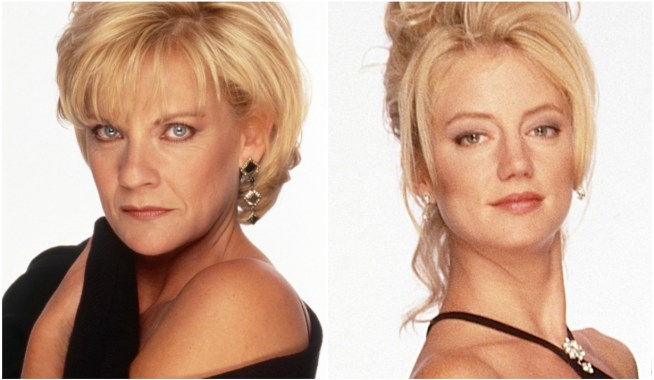 Is That *Really* How Yellowjackets' [Spoiler] Dies? — Plus, the Questions That Were Left Burning by the Season 1 Finale 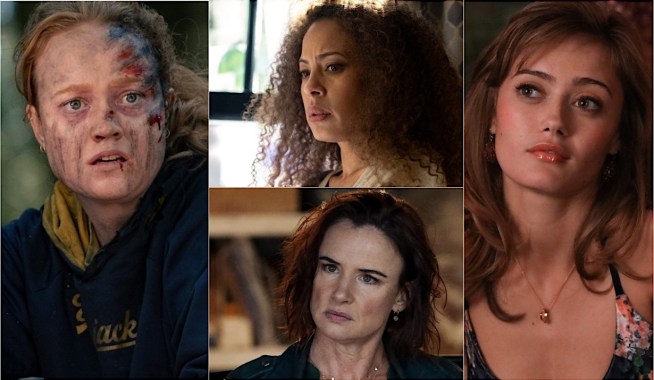