Look Back at the Year in Soaps With, Ahem, 2020 Vision: Photos of All the Big Plot Twists and Jaw-Droppers From The Young and the Restless, Days of Our Lives, General Hospital and The Bold and the Beautiful 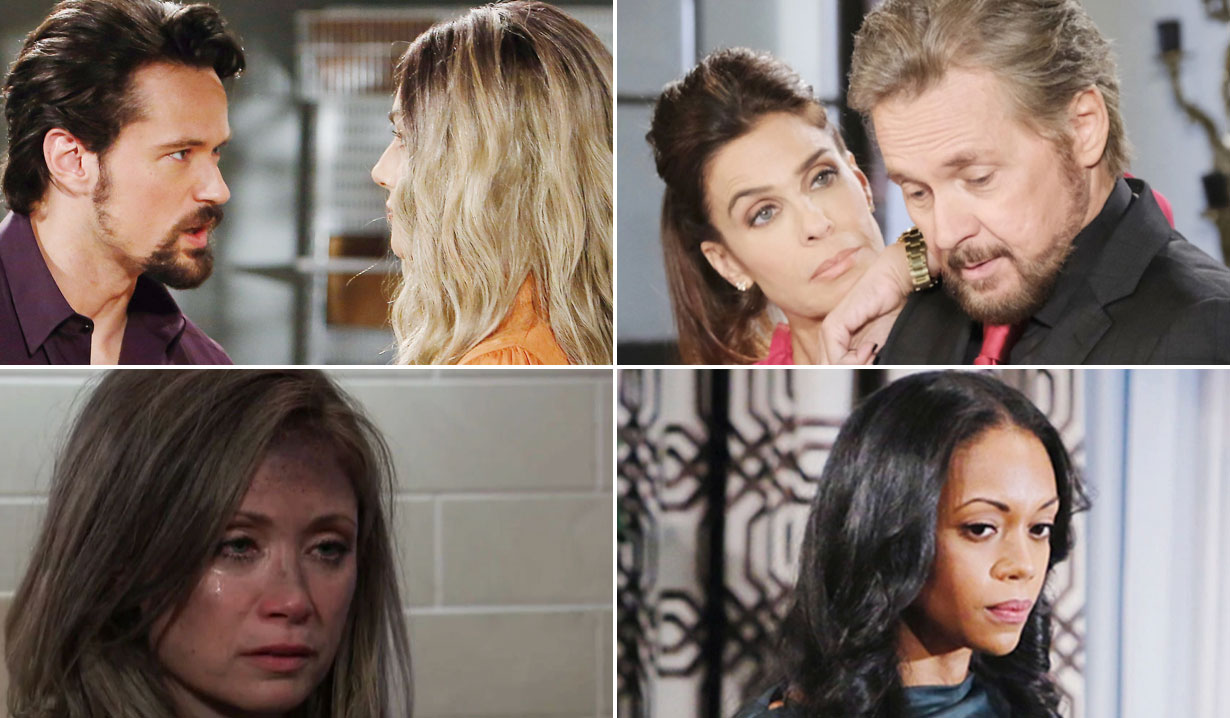 2020 has been tough for everyone and many are ready to put it behind us as we look forward to 2021. The situation we are all too familiar with impacted not only our real lives but the reel life of television and movies, including our soap operas. All four daytime dramas were forced to shut down the filming of new episodes in order to figure out protocols under which they could safely film. Bold & Beautiful, General Hospital and Young & Restless had to air previously aired episodes, with only Days of Our Lives having enough new shows filmed to make it through the year without interruption.

When the shows finally returned with new episodes by late summer, things looked a little different, with mannequins being used on Bold & Beautiful in more ways than one, and real-life spouses being called in as romantic stand-ins for love scenes. The show saw a recast Forrester, along with a brand new doctor and love interest for Steffy. However, it couldn’t let go of the Hope, Steffy and Liam triangle, which took a bizarre turn by the end of the year. Scroll through our Bold & Beautiful year in review gallery. 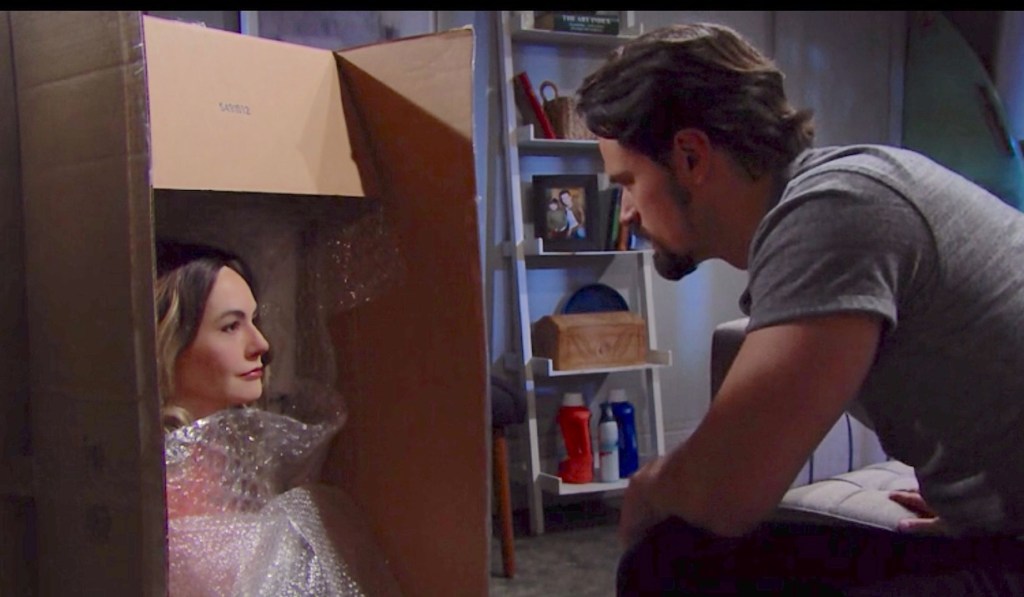 Days of Our Lives saw major actor exits that devastated fans. Several fan favorites returned, including a star taking on the role of a doppelganger with a big twist of a reveal and a villainess back from the dead. The NBC soap opera also celebrated its 55th anniversary on air. Browse the Days of Our Lives year in review gallery to see what was going on in Salem.

Similar to Days of Our Lives, General Hospital fans were stunned by a slew of exits at the year’s end, including several long-running characters. Safety protocols led to a very different looking Nurses Ball for 2020, and surprise character appearances, some alive and some not so much, were a treat. Look through the General Hospital year in review gallery for the highs and lows in Port Charles. 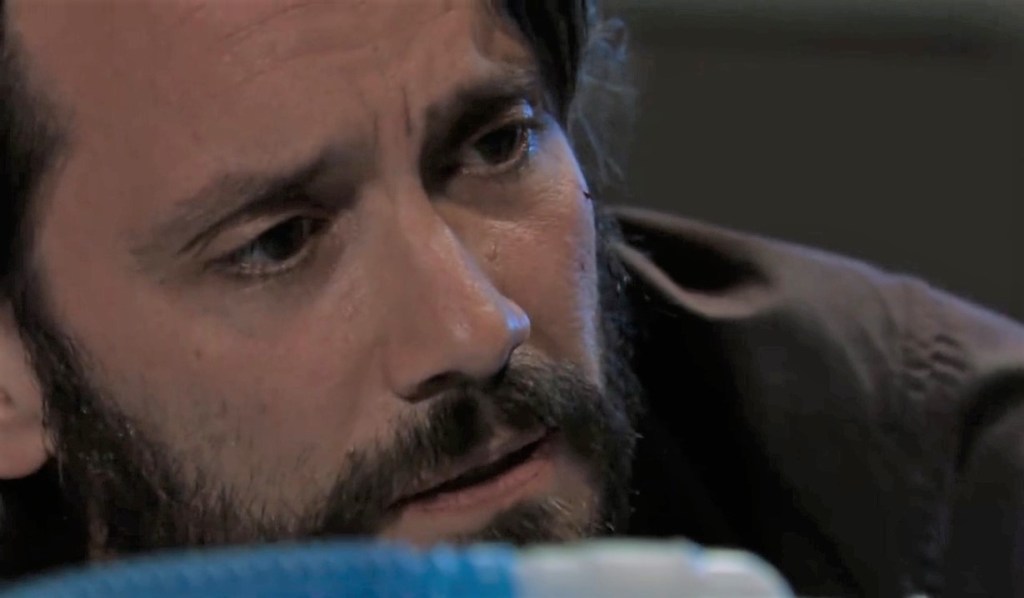 Finally, on Young & Restless, fans found themselves annoyed by the overwhelming focus on Billy and Adam in 2020, and the show managed to introduce two quadrangles. And Nick and Phyllis’ reunion was a delight to some, but not all. And yes, the CBS soap introduces its own mysterious look-a-like story. Browse the Young & Restless year in review gallery and look back at the unconventional past year in Genoa City.

Get the soap news, spoilers and interviews in your inbox daily with Soaps.com’s newsletter. And have a look through the gallery below of soap opera Christmas photos featuring all your favorite characters. 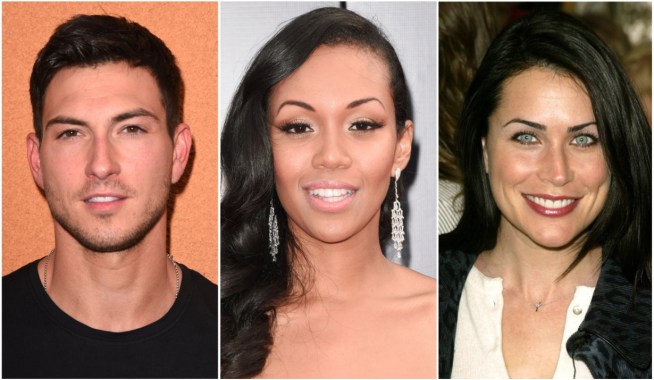 Hallmark's 20 Most Valuable Players, in Order, From Iconic Soap Stars to a Hunk Whose Name Is Less Familiar Than His Face 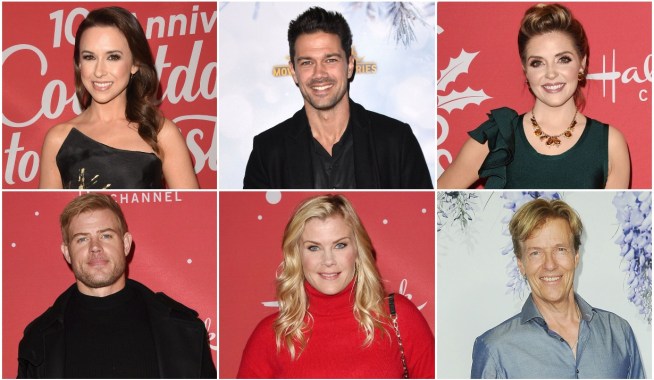