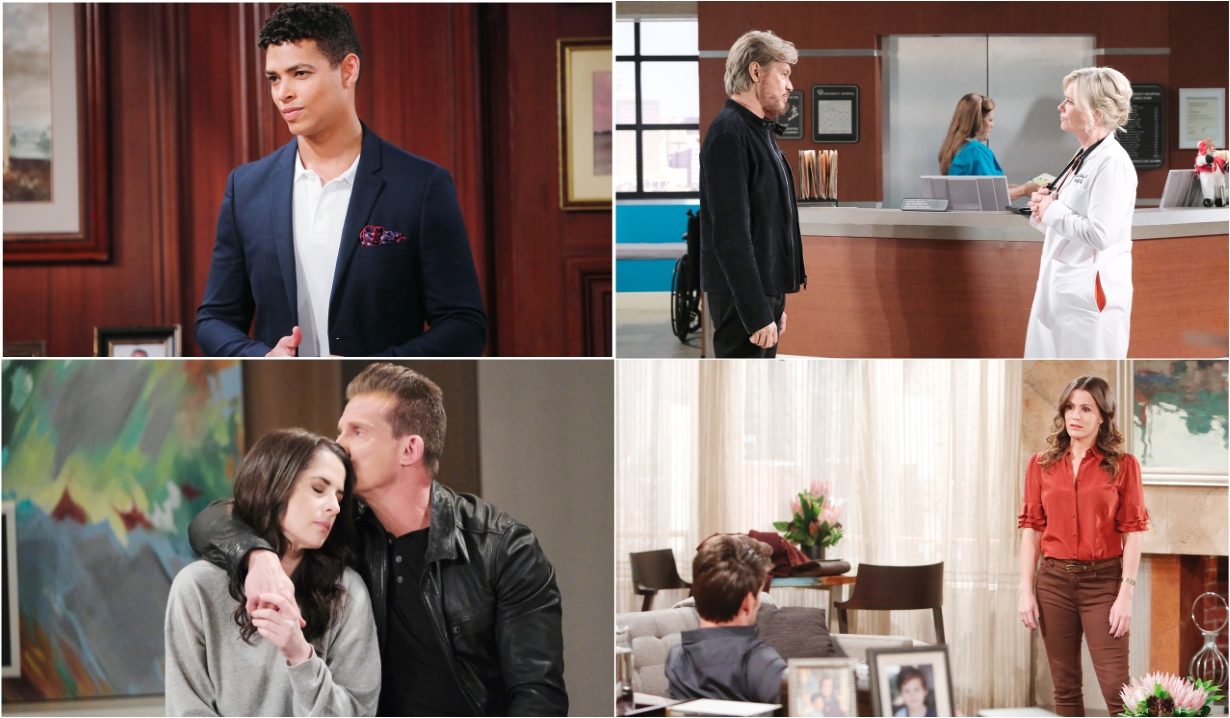 Some are spreading poisonous rumors while others are bowled over by bad news.

Whet your whistle for what’s on the way in the week of December 7 – 11 with spoilers for The Bold and the Beautiful, Days of Our Lives, General Hospital, and The Young and the Restless, plus Days and General Hospital spoilers from December 14 – 18.

Liam knows he’s really messed up this time, as Thomas struggles to stay alive. Finn delivers some bleak news to Ridge and Steffy about the state of the troubled man. Steffy has to face the fact that she may be about to lose her brother and Liam permanently. As she and Liam contemplate what to do next, Quinn is forced to strategize fast after she eavesdrops on a conversation between Eric and Shauna. The Forrester seems bowled over by the generosity of Shauna’s spirit and her loyalty to her friends. Quinn decides it’s time to snap into extreme action. She attempts to woo Eric back with a confession that could leave him speechless. If he’s pondering what to do next, Quinn already knows her next move and takes off to tear into Shauna. Read the Bold and the Beautiful spoilers to find out who manages to distract a dejected Zende.

More: What will happen now that Gabi’s left again

Tightly wound Nicole nearly spins out of control after she hears the latest from Allie. Kayla isn’t exactly feeling great either. She’s horrified when she finds Ava making herself comfortable in her home. While the doctor is checking her racing pulse, Xander is pouring over the information that Sarah managed to grab off of Philip’s computer. As he wraps his head around what he’s reading, Bonnie tries to wrap Justin and Jack around her finger by playing games. Jennifer is getting sick of playing but still isn’t sure if Kate and Jack are having an affair. Gwen quickly swans in to drip some poison in her ear about the possibilities. Kate seems to be ignoring all of this as she concerns herself more with Allie’s future in Salem. And it looks like Chad and Abigail might not have a future after he accuses her of having an affair with Jake. Read the Days of Our Lives spoilers to discover who makes a confession.

As Finn is spending some awkward time with his father, Jason continues to enjoy the time that he is spending with his son. The same can’t quite be said of the time that he is sharing with Sam. Predictably, they are interrupted by a call from Sonny and he runs off, leaving her to stew. Sam is finally fed up with the way that her mother has been acting. Alexis’ decisions may get the better of her after she places her trust in the wrong person… again. While Sam is venting to Carly about her collapsing family, Michael’s life seems to be on the uptick as he and Willow come to a new understanding. Meanwhile, Maxie just wants to move on with Peter but there are still problems on the horizon for August. Valentin and Anna are working together again and she also catches up with Dante. Across Port Charles, Scott is shocked by who shows up in the house and wants to know what is going on. Laura is also in store for a visitor she did not see coming. Curtis and Jordan think they may finally see the end of the Cyrus mess thanks to the new lead. And Trina asks Joss to help her play detective as they look for the truth about Taggert. Check out our General Hospital spoilers to learn who is spreading the news about Ned’s infidelity.

Lily has some serious doubts when it comes to Victoria’s intentions. This is probably wise given how dirty the Newman is now playing with Phyllis. Jill decides it’s time that she throws everything she can behind Billy but going up against the Newmans could be dangerous. While Lily is taking some risks of her own as she schemes against Victor, the mustache’s family hits a wall when some bad news comes. Chelsea and Adam hardly know what to do next when her diagnosis comes in and they realize that her life will be different forever. Across Genoa City, Jack is trying to end the feud with Theo by calling his bluff. He also tries to head off Sally before she can cause too much damage by giving Lauren a warning about her. Meanwhile, Amanda is playing hardball with Michael as Elena continues to flip-flop. Abby and Chance’s honeymoon comes to a quick conclusion and he is forced to snap out of wedded bliss when his loyalty is put to the test. Visit The Young and the Restless spoilers to find out who gets the last laugh.

Get the soap news, spoilers and interviews in your inbox daily with Soaps.com’s newsletter. And have a look through this gallery of some of the most toxic marriages in soap opera history. 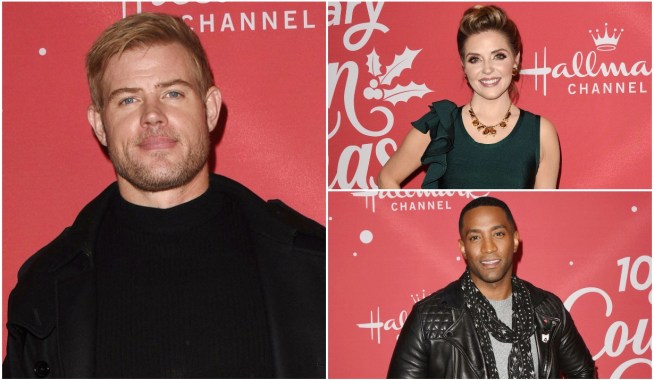 Days of Our Lives Actor Kicks off Hallmark’s 'New Year New Movies' Event With a Behind-the-Scenes Teaser Photo for His Feature — Plus, More Premieres Ahead Starring Soap Actors 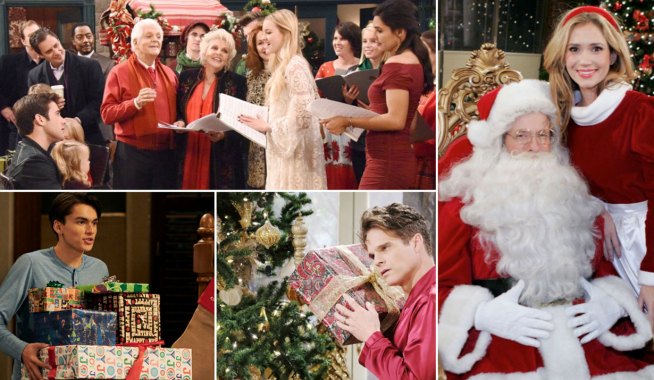