Remembering the Emmy-Winning Soap Superstar We Lost 22 Years Ago Today: A Force to Be Reckoned With… That You Did *Not* Want to Reckon With 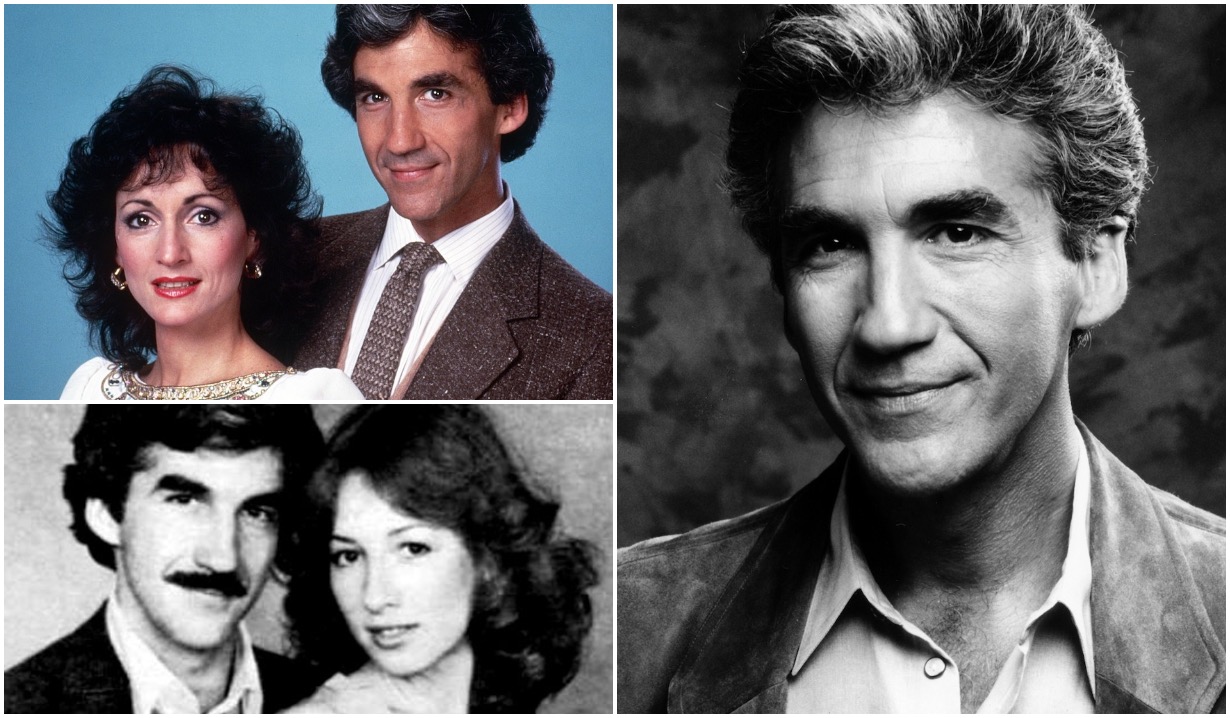 Michael Zaslow was brilliant and strong, charismatic and intimidating as hell.

I only had one occasion to interview Michael Zaslow in my career as a soap journalist, in the mid-1990s. I and a bunch of other daytime-magazine writers were gathered on the set of Guiding Light and ushered into the presence of the veteran actor who brought to volcanic life the one and only Roger Thorpe, a villain so legendary that the CBS soap collected highlights of his misdeeds on a VHS tape that it called The Scandal Years.

Needless to say, that pair of underwear was never the same, what with the stains and all. 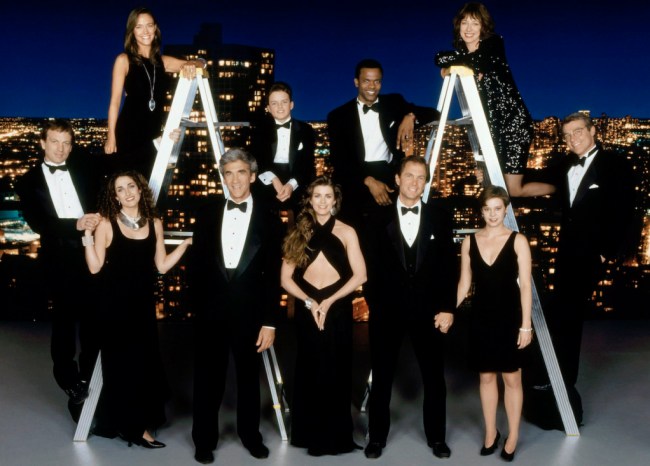 Zaslow wasn’t unkind at all, but if he fixed you with that glare — and I know you know the one — it was over. You were looking for a crack in the floor that might be big enough for you to crawl into. (I didn’t find one, by the way.)

To his credit, the on-screen heavy used his influence for good. As One Life to Live castmate Robert S. Woods (Bo) told the Sun-Sentinel, Zaslow waged war on behalf of his fellow actors, battling to get them healthcare when they were out of work. “Michael,” Woods said, “was adamant about the union taking care of everyone’s needs.

“I agreed,” he continued, “but Michael… ” He was in a league of his own. He “was always in there fighting.” Zaslow also took up the cause of clean water in upstate New York and was so staunchly anti-smoking that we still pity the fool who might elect to light a cigarette around him.

When he died on December 6, 1998, at age 56, it wasn’t entirely a shock. I — we all — had known for some time that he was suffering from amyotrophic lateral sclerosis, aka ALS. We’d already raged at Guiding Light for recasting his iconic role and cheered One Life to Live for reintroducing his former character of Michael Renaldi and allowing Dorian Lord’s old flame to deal on screen with the effects of Lou Gehrig’s disease. 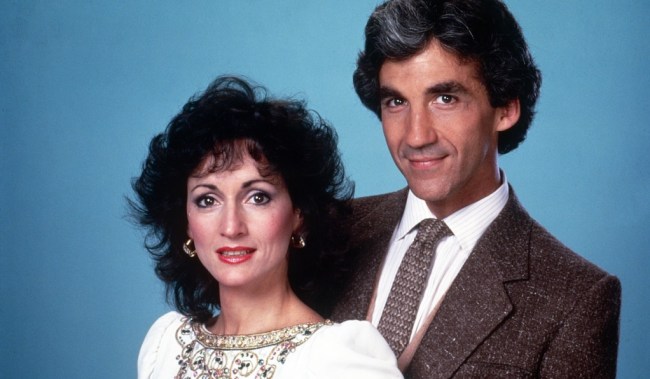 But Lord, was Zaslow’s passing a loss. I’ve adored many a soap star in my day, including his longtime leading lady, Maureen Garrett (Holly), who was so down-to-earth that as far as I could tell, gravity had no impact whatsoever on her. Zaslow, though, as fierce as he could be, was special.

When he wanted to be, he could be quite a charmer, too.

Take, for instance, his 1994 acceptance speech upon winning his one and only Daytime Emmy for Outstanding Lead Actor. After gasping, “I’m so relieved,” because his daughters wouldn’t have to write another consolation note for his dressing-room wall, he thanked his wife, Susan Hufford, who’d “made all the good things possible in my life since I met her…

“And I tell you that not only because it’s true,” he hastened to add, “but because she told me to tell you, because she said that’s what [repeat victors] David Canary (Adam/Stuart, All My Children) and Peter Bergman (Jack, The Young and the Restless) always say.”

On this somber occasion, perhaps you can cheer yourself up by perusing the below photo gallery of Guiding Light through the years; as much as we all miss the show, it’s nice to think that somewhere, somehow the lighthouse is still beaming, right?