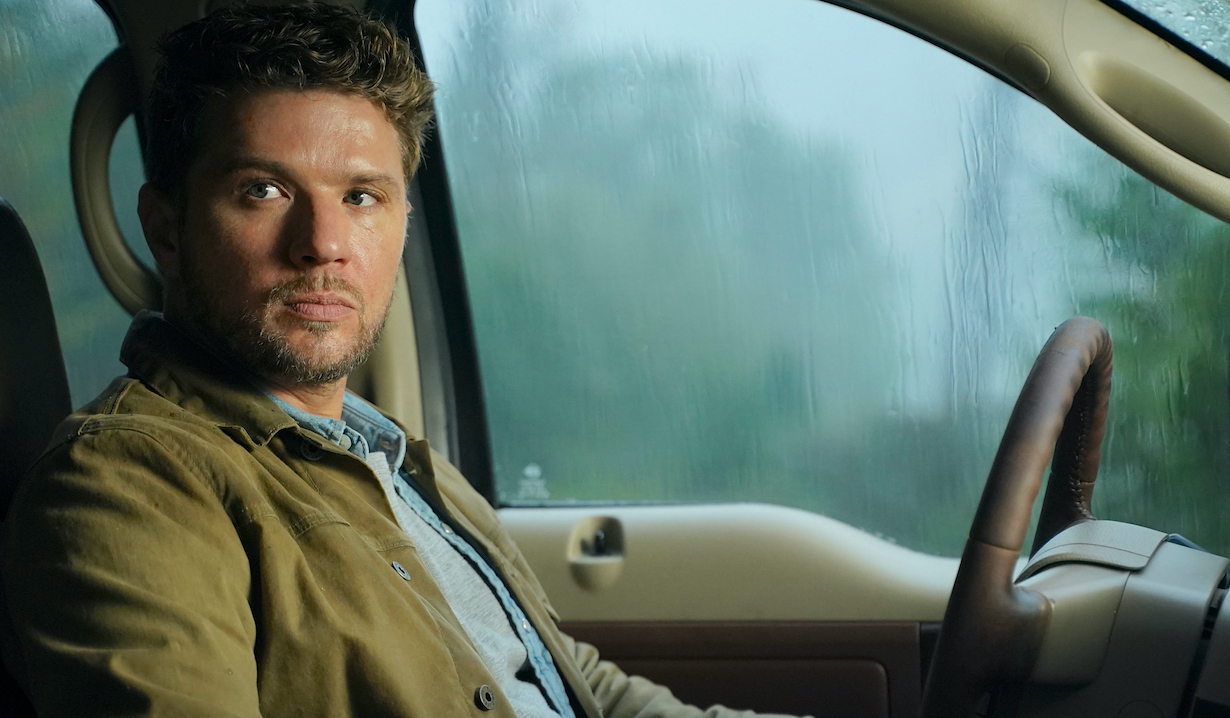 If the Big Sky debut was any indication, this is gonna be one wild, twist-filled ride!

“Stay off the Internet until you’ve watched!” a friend texted me minutes after the debut of ABC’s new drama Big Sky had aired. And while the show was on my to-view list, that single message instantly pushed it to the top. An hour later, I was hooked.

This is the part where I warn you that if you haven’t seen the episode and want to fully enjoy that huge shocker (which in all likelihood, you’ve read about by now), stop reading this story. Immediately.

But if you’re still uncertain whether the show is for you, read on and let me explain why you should give it a try and what you need to know to dive directly into episode No. 2, airing at 10/9c on Tuesday, November 24.

More: Why GH’s Dustin and Dev had to die

The series is set in Montana and follows several seemingly divergent storylines which slowly begin coming together. On the messy-personal-life front there’s Cody (One Life to Live‘s Billy, Ryan Phillippe), who is estranged from wife Jenny and having an affair with her friend Cassie, with whom he runs a detective agency. Despite the awkwardness of the situation — and the two women having a literal barroom brawl — the trio put aside their personal issues when two local girls go AWOL.

As it turns out, one of the missing girls was on her way to see Cody and Jenny’s son, Justin, when she and her sister were abducted by an uber-creepy trucker named Ronald. When not picking up hookers at truck stops and kidnapping teenage girls, Ronald lives with mom Helen, who is… less than supportive. “I don’t really mean to be a nuisance, honey,” she tells her son. “I guess mothers can get that way. ‘Don’t forget to clean your room, don’t forget to do your homework, don’t be 38 years old and not have made something of yourself.'”

Need I even mention that Helen — played by the apparently ageless Valerie Mahaffey — is my favorite character? 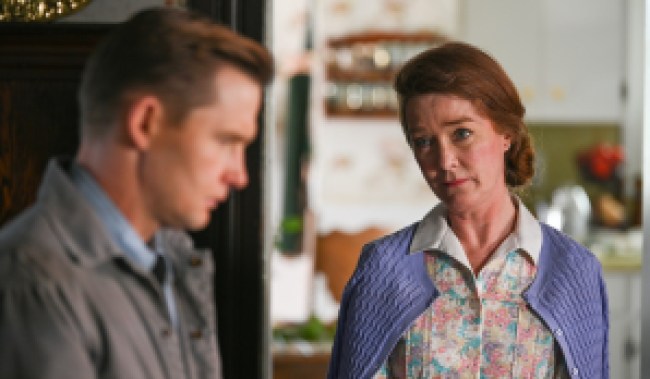 Like the camera, you’ll definitely find your attention focused on Helen.

… before I continue, final warning. Stop reading if what I’ve told you so far has you intrigued enough to go back and watch the pilot before diving into episode No. 2.

More: Why B&B’s Liam must always be right

Still here? Alright then. In the closing minutes of the pilot, we learn that quirky patrolman Rick is actually working with kidnapping trucker Ronald. And because Cody’s gotten a little bit too close to the truth, Rick murders him!

“Wait,” you’re now asking. “They killed the star of the show in the first episode?”

Why yes, my friend, yes they did. As Phillippe told Digital Spy, his alter ego will still appear in flashbacks and viewers will “still get a sense of him,” but the character is dead-dead, not soap-opera-dead. “I think when you get shot in the face,” he suggested, “it’s hard to bounce back from that.” (Clearly, he’s never met some of daytime’s more resilient residents.) 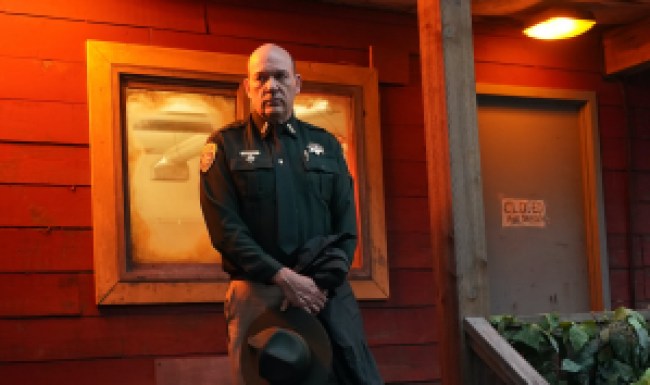 Patrolman Rick isn’t what he seems. Unless you think he seems kinda creepy and untrustworthy, in which case, go with your gut.

Truth be told, I was hooked within the first five minutes or so, but the episode-ending shocker ticked all my boxes. Phillippe said it was a big draw for him, too. “I feel like so much in entertainment today is redundant, or you can see the twist coming a mile away,”  he admitted. “Network television in [particular] is often [reluctant] to be too shocking or surprising. So there’s a part of me who enjoys, from a playful standpoint, being part of that reaction, because it’s unique.”

More: Hey, where did the murder hornets go?

Where does the show go from here? Expect to see Cody’s wife and mistress working together to solve the unfolding mystery even as we get a closer look into the relationship between Ronald and his mom. And then, of course, there are the kidnapped young women who hope a distraction might provide them with an opportunity to escape.

So what say you, soap fans? Is this the kind of thing which you can see yourselves getting drawn into? Hit the comments with your thoughts, then check out the gallery below in which we prove to Phillippe that sometimes, death isn’t as permanent as it sounds. In fact, some of these soap characters rose from their premature graves on more than one occasion! 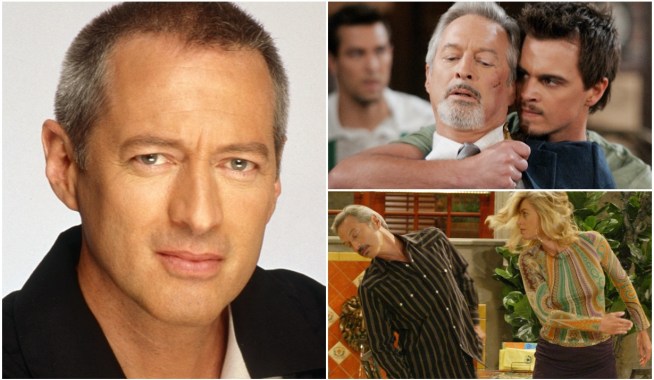 On the Day a Soap Legend Should Have Turned 70, We Remember His Iconic Roles… and Lament What Could Have Been 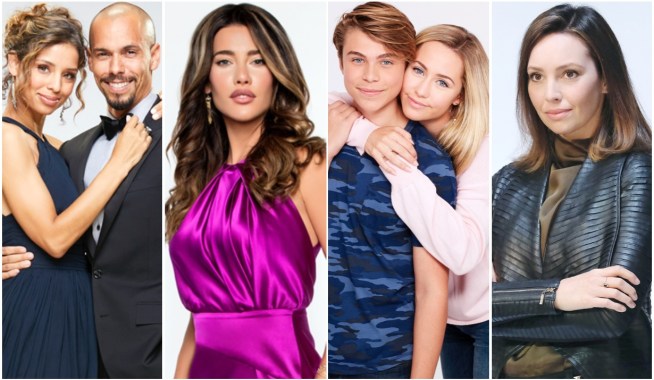 Dua Lipa’s Boyfriend: Everything About Who She’s Dated Amid Trevor Noah PDA