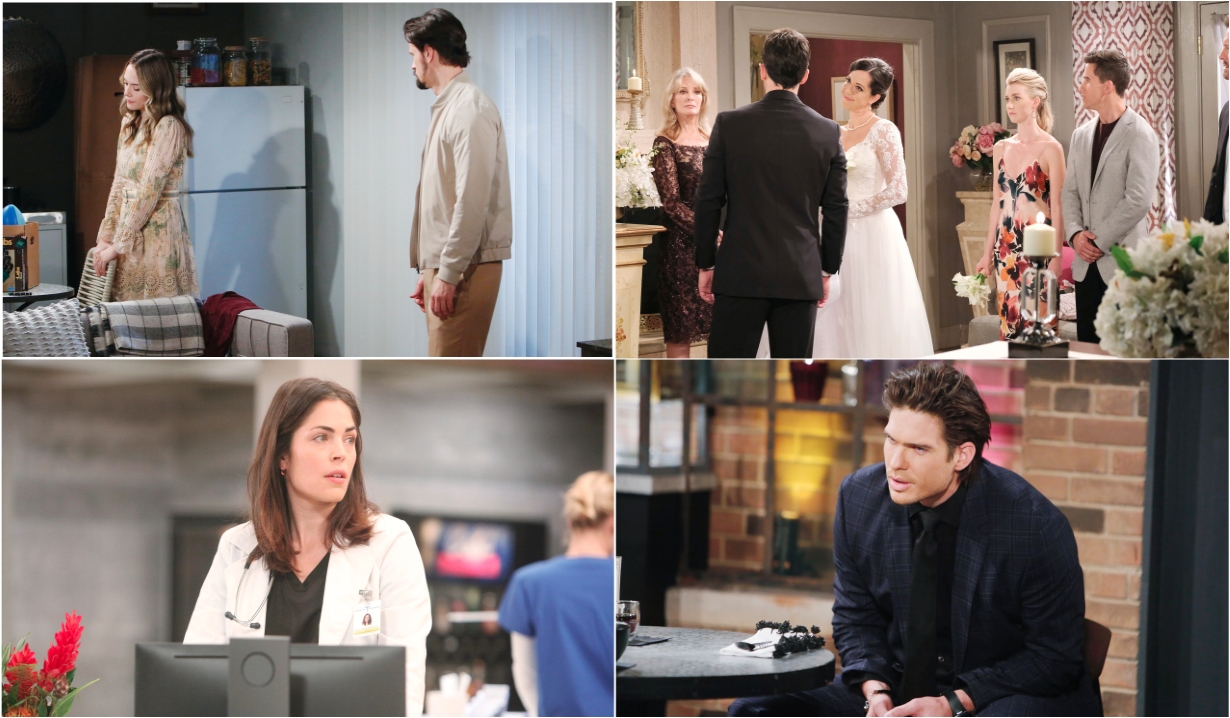 Episodes will be filled with disturbing sights and steep consequences.

Find something to look forward to with this sneak peek at what’s on the menu for the week of November 23 – 27 with spoilers for The Bold and the Beautiful, Days of Our Lives, General Hospital, and The Young and the Restless, plus Days and General Hospital spoilers from November 30 – December 4.

Liam’s constant worrying to Steffy finally manages to convince her that something is seriously wrong with Thomas. Her brother may have turned back to his dangerous side and could be a real threat to Hope. But if they’ve realized this, Thomas still hasn’t. While he is having dinner with Hope and Douglas, his grip on reality rapidly gives way. He imagines the Hope mannequin is alive and making demands. This could have some dire consequences. Liam arrives just in time to be terribly disturbed by what he witnesses. He runs off and cries to Steffy about how unbelievable it all is. Read the Bold and the Beautiful spoilers to find out who manages to jolt Thomas back into reality.

More: What soap stuff are you grateful for?

It seems like no major event in Salem can happen without something knocking it seriously out of whack. Given that few people around town are quite as wacky as Jan, it falls to her to make a demand at Belle and Shawn’s wedding that is harder to swallow than the customary fruit cake. Claire can barely believe that Jan has betrayed her and runs to Charlie for some comforting. But John isn’t about to give anyone any comfort as he goes after Jan. Still traumatized by the fallout from her recent party, Jennifer gets some support from her kids while Julie hauls off on Jack over the way he’s hurt his wife. Jake doesn’t see what the big deal is and tells Kate that she’s got nothing to feel bad about, especially when it comes to going public with their relationship. But if that bedroom partnership is a surprise, it’s nothing compared to what’s waiting in Philip’s room. And Gwen finds yet another way to take advantage of Chad’s insecurities as she winds him up about Abigail and Jake. Read the Days of Our Lives spoilers to discover who returns to town only to be stunned by what’s been happening.

Cameron suffers an injury and Liz is soon leaning on Scott for some much-needed support. But that’s nothing compared to the destruction that hits Sonny. Desperate for some news, Carly works with Brando to get to the bottom of things. Sam and Molly discuss their mother’s drinking. While they are eager to help Alexis, Sam is a lot less willing to help Julian. The Jerome turns to his sister, anxious that she agrees to a favor. More than a few people are eager to help Laura, but Kevin has some news that may make what anyone can do seem trivial. Any help she grants is going to come with a steep price though. Meanwhile, it becomes obvious to Dustin and Dante that they share the same goal. Check out our General Hospital spoilers to learn what Britt finds.

More: Why William deVry thinks you should watch

It doesn’t look like the Abbott family is going to have much to be thankful for this year. Jack discovers that Theo has been scheming against them. As he looks for a way to counter this revenge plot, his brother Billy finds himself under attack. But at least he has Lily defending him. Across Genoa City, Chelsea is eager to get some serious answers out of Sharon, who is much more concerned with teaching everyone a lesson about what the holiday season is supposed to mean. This manages to get through to Summer, but helping other people out has a very different spin in Victor’s hands. The mustache remains determined to save Adam from his self-destructive streak. Visit The Young and the Restless spoilers to find out which character is facing a hard choice.

Get the soap news, spoilers and interviews in your inbox daily with Soaps.com’s newsletter. And have a look through this gallery of the often unbelievable life of Luke Spencer. 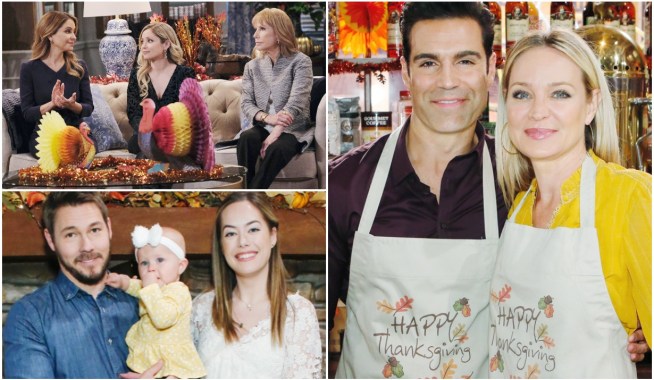 Calling All Soap Fans: What Sudstastic Stuff Are *You* Most Grateful for in 2020? 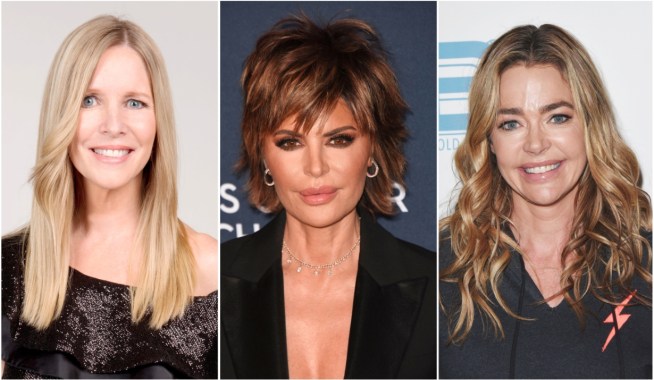