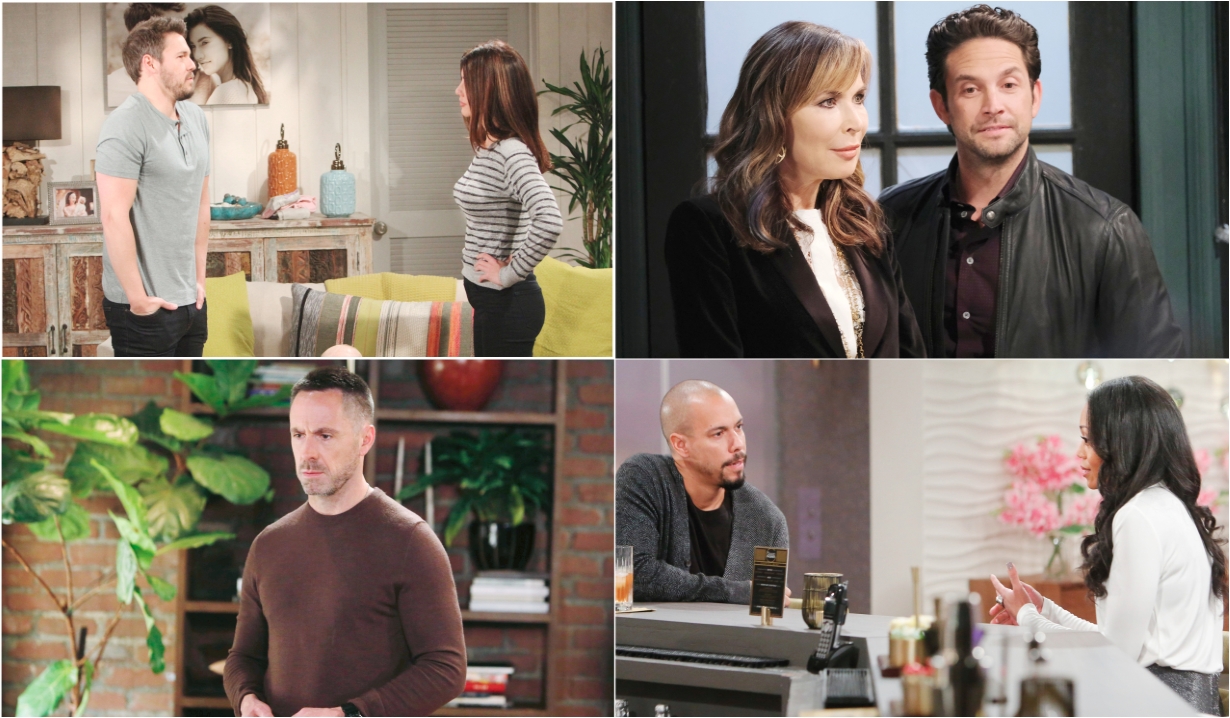 Get a hint about what’s ahead for the week of November 9 – 13 with spoilers for The Bold and the Beautiful, Days of Our Lives, General Hospital, and The Young and the Restless, plus Days and General Hospital spoilers from November 16 – 20.

Seeing how distraught his mother has become, Wyatt attempts to make Quinn’s case to Eric, but will he be willing to listen? Thomas should probably stop listening to the voice that he has been hearing. As he and the mannequin are getting closer, Liam is running around in terror about his rival’s romance with a Hope double. He’s stopped dead in his tracks by the way that Steffy and Hope react to news of the latest unusual love interest to hit town, but will Hope react differently when she sees the mannequin face to face. Finn tries to stop Liam from losing his mind, but it’s probably too late for Thomas who is shocked at dinner when the mannequin begins asking him to do things he probably shouldn’t be contemplating. Meanwhile, Paris asks Zoe some uncomfortable questions about her relationship with Carter. And Zende is also eager for her to come to grips with her feelings for him. Read the Bold and the Beautiful spoilers to find out what gets interrupted.

More: Secrets revealed at All My Children reunion

Jack and Jennifer’s party is going to be memorable in ways neither of them planned or desired. Abigail manages to destroy her parents’ party, and maybe their marriage too when she reveals something that Jack wishes was kept hidden. As Jennifer’s fists start to fly, Chad looks for who was behind setting this fiasco in motion. Unsurprisingly, he guesses it might be Gwen, who does her best to cover up how Abigail conveniently stumbled on that incriminating letter. With all of this passion in the air, Kate and Jake are having a hard time controlling themselves or keeping their clothes on. Across Salem, Xander is doing his best to prod Charlie into chasing after Claire, but that could soon turn grim. But likely not as grim as things are about to get in the Kiriakis family after Xander hands Victor some damning evidence against Philip. Read the Days of Our Lives spoilers to discover who is in cahoots with Philip to take control of Titan.

In the wake of the latest chaos in Port Charles, Peter is even more on edge than usual as he waits for news. Robert is getting desperate for some answers about what happened. Valentin runs off for an emergency meeting with Martin. Meanwhile, Julian is covering for himself but makes an admission. Franco opens up to Scott about his situation. Chase is having a hard time facing what’s become of his life and starts to pray. It’s Willow who shows up to give him some comfort and he’s soon surprised by his own actions. Pretty soon, he’s making a confession to Brook Lynn while Willow is making her own to Michael. As Monica dishes out advice to Ned about how to cope with his wayward daughter, Lulu is having words with Cyrus. If that’s not enough to put him in a foul mood, Nina shows up to give him a piece of her mind. She also gets another piece of the puzzle to show where her missing child is. Sonny is also on the receiving end of some good news. The same thing can’t really be said of Jason or Dante. And Brando makes a promise to Carly, but will this be of comfort after she makes a disturbing discovery? Check out our General Hospital spoilers to find out whose life is out of control.

She may have only just arrived in Genoa City, but Sally is already on Summer’s radar as someone new to get paranoid about. She likely has good reason this time. Victoria and Nick certainly have plenty of reasons to be skeptical about anything that their father does, but that’s not stopping Victor from refusing to back down. Things are going south fast for Chance and Adam. With the latest betrayal, Adam is left to cover his tracks as fast as possible. While Paul manages to stumble onto an elaborate revenge plot, Chelsea has vanished. Billy is eager to get his hands on a lucrative story and is willing to play nasty to get it. With Rey chasing after a lead, Sharon is breaking one of her promises and Phyllis is racking her mind over what to do with the information that she’s uncovered. And Elena tries once again to dig herself out of a mess by making a confession, but Devon is distracted by all the time he’s spending comforting Amanda. Visit The Young and the Restless spoilers to learn who Lauren flips on.

Get the soap news, spoilers and interviews in your inbox daily with Soaps.com’s newsletter. And have a look through this gallery of the life of General Hospital’s Julian Jerome. 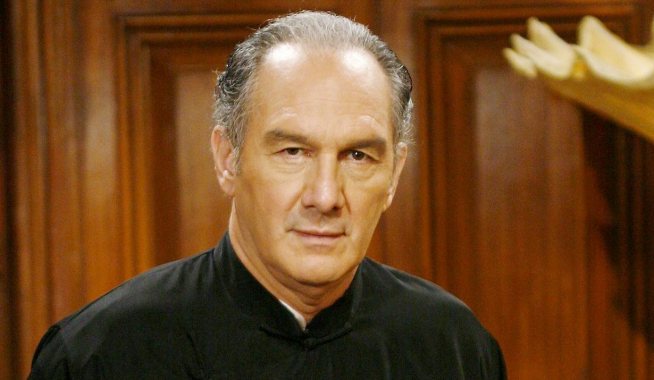 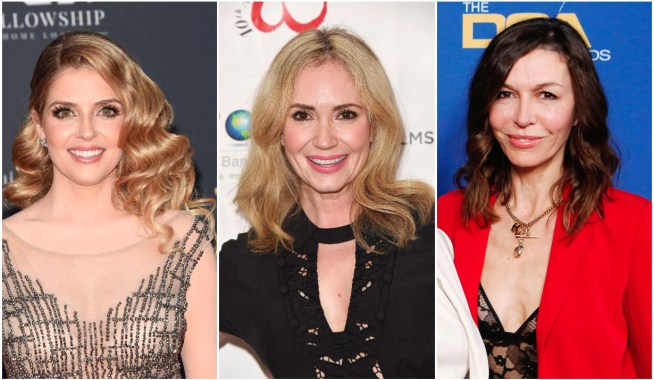