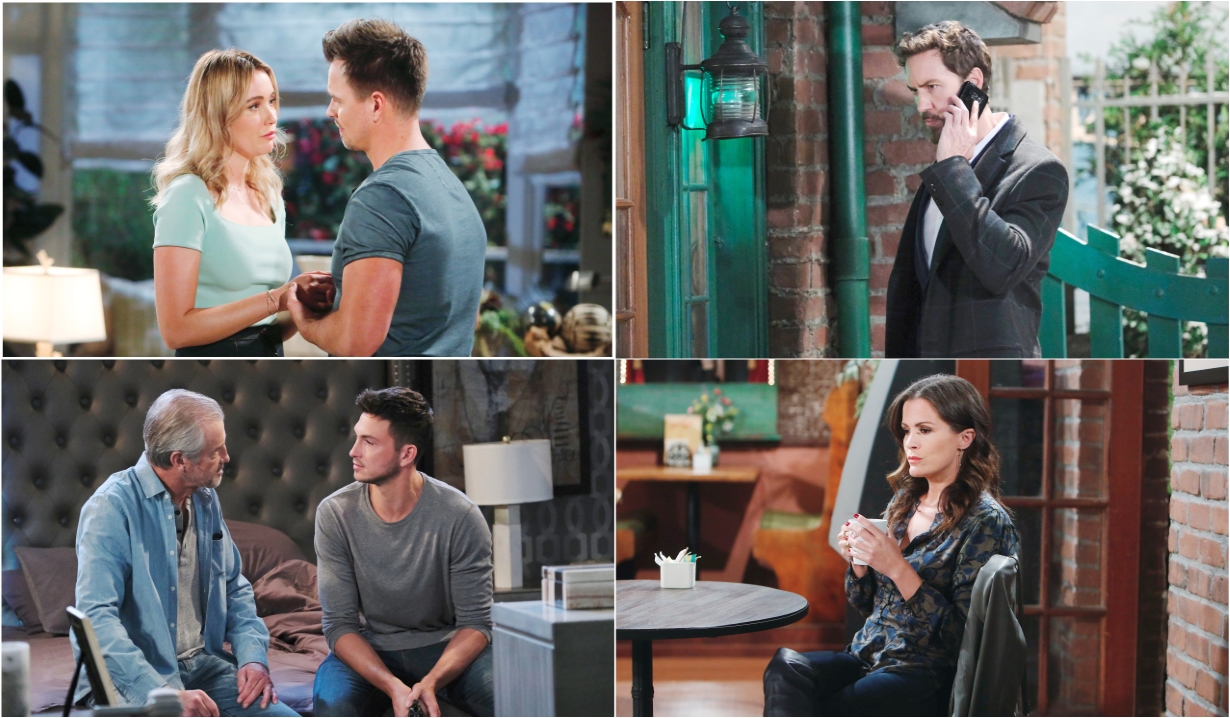 Whet your appetite for what’s coming up for the week of October 26 – 30 with spoilers for The Bold and the Beautiful, Days of Our Lives, General Hospital, and The Young and the Restless, plus Days and General Hospital spoilers from November 2 – 6.

After all of the latest turmoil, some good news finally falls into the waiting laps of Ridge and Brooke. Quinn has come around looking for forgiveness for her transgressions. She asks Ridge and Eric for some, but Ridge is hardly in a generous mood. And he’s not the only one feeling some outrage, although Wyatt will likely have to stifle his. Flo informs him that she’s asked his pariah of a mother to come and live with them. As he dies a little inside, Steffy starts to think that Hope might want something from Finn that she’s not exactly being transparent about. Finn may want some clarification himself after he is warned about how dangerous Liam can be. And Zoe and Carter finally throw their cares to the wind and leap into bed together. Read the Bold and the Beautiful spoilers to discover if Julius’ advice to Zende could spell bad news for Carter.

More: Where ‘dead’ Ciara really is

Clyde manages to outwit Allie and gets into her apartment, but he’s having a harder time talking sense to Ben, who does not seem willing to back out of the nasty plans that he has for Vincent. As Allie and Nicole rush off to report that Henry has been kidnapped, Marlena is desperate to have Evan released from Bayview in a hurry. It may be too late. Orpheus is already facing off with John in their latest fight. But the danger is spreading across Salem fast. Kayla is shocked when Rolf corners her with a gun. If that wasn’t enough to horrify her, just wait until she hears what his new science experiment will be. And Kristen has had her day in court. But will the verdict be what Lani was expecting? Read the Days of Our Lives spoilers to see who discovers a surprising letter from Hope.

Nikolas continues to pull out all of the stops to try and lure Ava onto his side. But it is Julian who winds up in the thick of things, especially after the prince gives him an alluring offer. Nina is feeling far from tempted when Valentin makes another pass at her. She may change her mind if she manages to notice how much whispering Carly is doing to Jax. Maxie is getting sick of all the whispering that’s being done about Peter. Spinelli remains adamant in his intention to expose Mr. August and this could pose a problem for Maxie having a happy birthday. As Spinelli turns to Sonny for some advice about his sticky situation, Anna tries to get help from both Finn and Kevin. But things could change fast once she finally learns the truth. How will Peter react after he gets a disturbing phone call? With Spinelli feigning support of Maxie, Valentin is suggesting that it is time to take some drastic action. Chase is also starting to think going to extremes might be necessary after he notices how bizarre Sasha has been acting. She’s not the only one making weird moves. Franco is acting stranger than usual, particularly after he learns something he’d rather not know. Will Portia be able to help him and will Liz be able to give Epiphany the comfort she needs after her relationship with Milo comes to an end? Check out our General Hospital spoilers to find out who is eager to make apologies.

Adam declares that he’s had enough of the seemingly endless battle with his family. He’s determined to take a different direction in his life. But it seems to be on a downward spiral. Kevin at least is ecstatic to see the Newman’s life is coming apart at the seams. Chloe tries to convince Chelsea that this is a plum time to start fresh and move on to something else. Meanwhile, Victoria senses something stale is in the air and warns Lily that she better steer clear of it. Nick is having a hard time avoiding disaster as his latest bid to help Phyllis blows up in his face again. She’s soon rushing off to ask Billy for a favor. Sharon and Nick likely need a favor as well since they don’t seem to know how to deal with whatever is going on with Faith. Across Genoa City, Elena attempts to piece together the shards of her broken life, but she may wind up making things even worse when she goes looking for a second chance. And Nate realizes he might not have another shot as his mistakes come back to bite him. Visit The Young and the Restless spoilers to learn whose grand gestures fail to win them another shot at love.

Get the soap news, spoilers and interviews in your inbox daily with Soaps.com’s newsletter. And have a look through this gallery of new roles for some familiar faces. 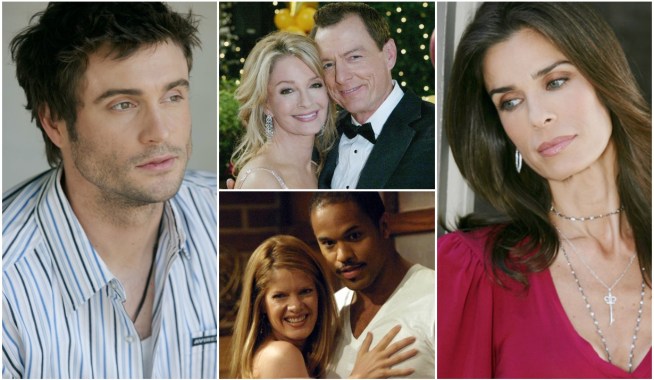 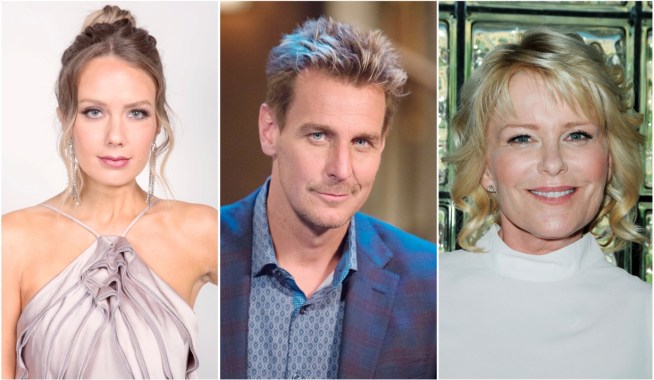