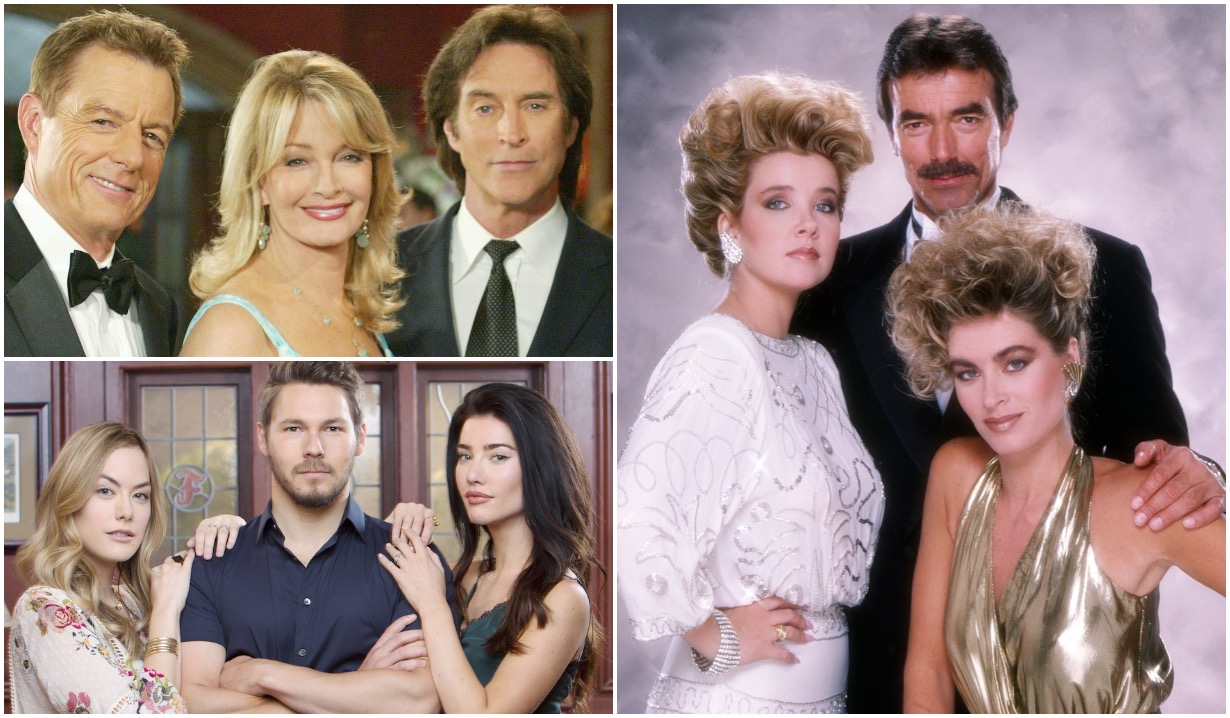 Which legendary threesomes were always in good… ahem… shape?

Outside of high-school geometry class, triangles are nowhere as hot a topic as they are on our soaps — and with good reason. They’re love stories on steroids, not just boy meets girl, boy loses girl, boy gets girl back but boy meets girl, boy goes, “Wait, who’s this other dude?” boy is forced to wonder along with viewers whether or not he’ll ever get girl back. (Or vice versa. As well-versed in suds as you are, you know very well what we mean.)

So today Soaps.com has decided to pay tribute to the love triangle the only way that we know how — by playing favorites and ranking the 20 most compelling ones of all time. As you can imagine, it was tricky to do. Sometimes the rooting value was obvious — a good guy vs. a cad, for instance. Yet the lopsided triangle that the rivals constructed around the object of their affections might have been no less gripping than one in which we — and a passion’s plaything — were torn between two equally virtuous and appealing significant others.

You’ll see when you dive into the list, which includes threesomes from not only The Young and the Restless, General Hospital, Days of our Lives and The Bold and the Beautiful but soaps that are no longer with us — much-missed shows like Santa Barbara, One Life to Live, Guiding Light, Another World, All My Children, Passions and Ryan’s Hope. That’s right, folks — this ain’t just a dive into the history books, it’s a deep dive!

More: The shocking exits we never got over [PHOTOS]

Ready to take the plunge? All you have to do is click on the photo gallery below, then hit the comments with the love triangles that left you in as big a tizzy as the characters in the middle of the muddles. Oh, and while you’re here, why not sign up for the Soaps.com newsletter. It’s free, guarantees you’ll never miss another sudsy story, free, delivered straight to your email inbox, and did we mention free? If not, we should have! 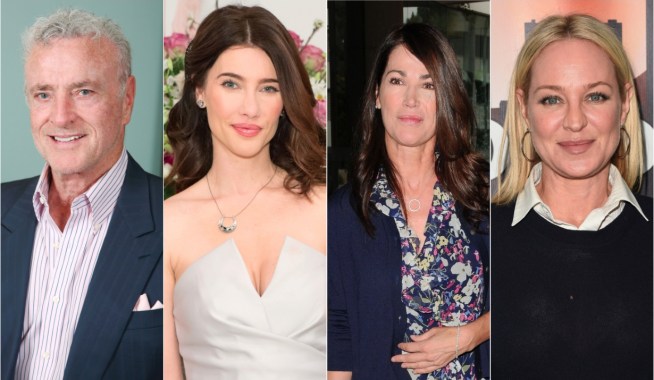 Daytime Reels From the Death of Supreme Court Justice Ruth Bader Ginsburg: 'Inconsolable Crying' in the Wake of a Loss That's 'So Devastating' 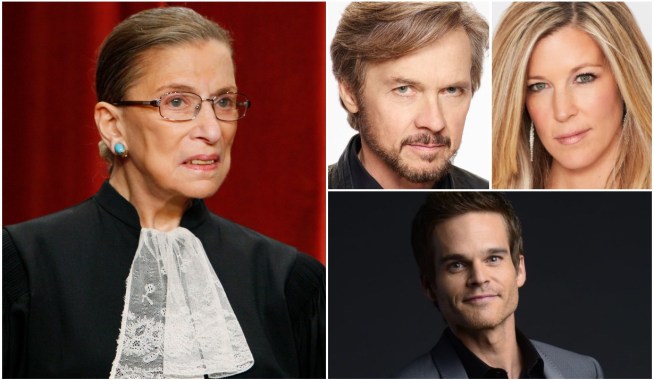