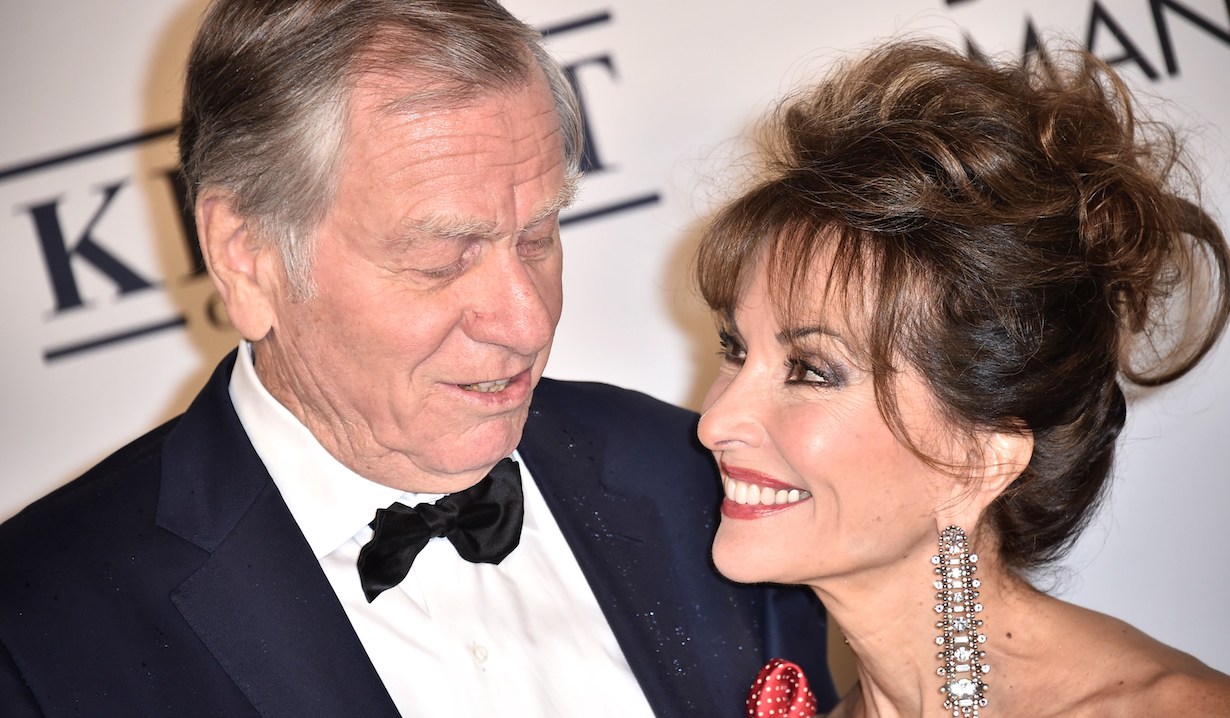 This one’s probably extra special to the All My Children Emmy winner.

It was only a year ago that Susan Lucci revealed how close she’d come to having a heart attack. Though she eats well and exercises… well, let’s be real, probably more than most of us, she learned that the main artery of her ticker was 90 percent blocked. She could’ve had a heart attack at any time. So the All My Children star, who played the indomitable Erica Kane for the duration of the much-missed soap’s 1970-2011 run on ABC, is no doubt celebrating extra hard right about now: September 13 is the 51st anniversary of the day she gave her heart in marriage to Helmut Huber.

On a late October afternoon, I had a wakeup call. Narrowly missing a severe heart attack, I realized how vulnerable life is and how incredibly grateful I am to be here today. As a working wife, mother and grandmother, I am sure most women will agree we are never at the top of our to-do list. I exercise daily, eat as healthy as possible and yet had a shock of a lifetime when I was told that I had a 90% blockage in the main artery of my heart. I learned that heart disease is the number 1 killer of women, claiming more precious lives every year than all forms of cancer combined. This staggering fact has motivated me to use my voice and my story to help remind women all over the world to make their health a priority. This week, I will walk in the American Heart Association, Go Red for Women Red Dress Collection in honor of all women who have lost their lives, those who are currently battling heart disease and all the fearless survivors. No one should have to die of a heart attack – they just need to listen to their symptoms and act on them. My hope in telling my story is that I can help at least one wife, mother, sister and friend. ❤️ #goredforwomen @goredforwomen @goodmorningamerica @people #Thank you so very much, GMA and People Magazine for helping me to get this message on heart health out to women!!! ❤️❤️❤️

Legend has it, the couple met when Huber, who’s nine years his wife’s senior, was working as the executive chef at the Garden City Hotel on Long Island, and she was waitressing. But, the story goes, they didn’t reconsider their relationship until, of all places, her engagement party to another man! (Shades of Erica Kane!) It, too, was held at the Garden City Hotel, and when Lucci’s mother ran into Huber by chance, she invited him to join them. The rest, as they say, is history. “My instincts told me that he was it,” Lucci recalled on The Tamron Hall Show in 2019. “He made me laugh then, he makes me laugh now.” (You can watch the full clip below.)

After just three months of dating, Lucci accepted Huber’s proposal. Not his first, either, he’s been quick to note in interviews, even though as his missus insisted to Hall, their courtship “went very fast” in her estimation. Once married, they bucked the trend of star/non-star pairs and remained blissfully happy. “If the shoe were on the other foot” and he were the one in showbiz, Lucci told Hall, “the stilettos would’ve been flying. How lucky that I married a man who has a good sense of humor and is so self-assured” that he can deal with the paparazzi and the fame.

Clearly, the sweethearts are as stuck on each other as ever. Just last month, Lucci, who after All My Children went on to steal scenes on primetime’s Devious Maids, Instagrammed a romantic photo of them out to dinner. “Gorgeous summer evening,” she called it. “A glass of rosé and my guy.” And Huber hasn’t lost his knack in the kitchen — a post from July shows him grilling for his dreamgirl. (OK, technically, that wasn’t in the kitchen, but you know what we mean!) In May, she put up a shot of the homemade bagels he’d made!

Lucci and Huber have a son, golfer Andreas Huber, and a daughter, Liza Huber, who you’ll recall as the first Gwen Hotchkiss on NBC’s whackadoo Passions. (Fun fact: Her replacement on the supernatural soap was The Detour’s Natalie Zea, who wound up marrying leading man Travis Schuldt, who played Ethan. #themoreyouknow)

While you join us in wishing the happy couple a joyful anniversary — you can see how they celebrated in Lucci’s latest Instagram post — perhaps you’d also enjoy perusing the below photo gallery, a collection of images of soap stars who’ve actually managed to maintain long and successful marriages… to other soap stars! Get your free daily soap opera fix for all soaps delivered to your email inbox by signing up for Soaps.com’s newsletter.

Happy Anniversary to us! Spectacular dinner at the beautiful Homestead Inn in Greenwich, Conn.—one of our favorite getaways❤️❤️ @thomashenkelmann @relaisetchateau