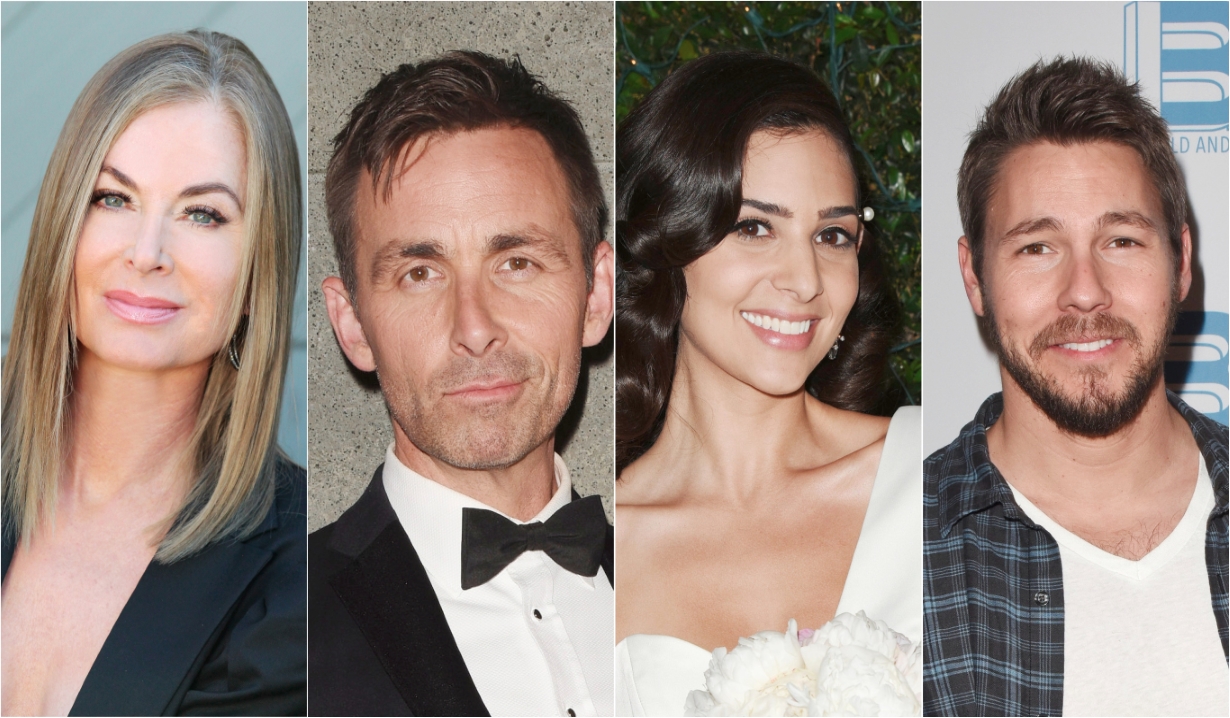 Don’t miss a moment with the latest news for The Bold and the Beautiful, Days of our Lives, General Hospital, and The Young and the Restless from August 31 – September 4 and so much more.

One real-life couple on the show has teamed up to tape some top-secret scenes. Get the lowdown on who it is and what they’re doing before finding out what Scott Clifton’s (Liam) all-time favorite storyline for his character has been. Once you’ve recovered from his surprising choice, learn what big secret Tanner Novlan (Finn) was forced to hide from his mother. Meanwhile, now that his relationship with Quinn is headed for the dumpster, Eric may be in the market for a new romance. Will it be with one of the Logan sisters? Visit the Bold and the Beautiful news room for more. And Lori fills in for Candace to rant about what a turn-off Bill has been, the destruction of Shauna’s character, but finds herself becoming surprisingly fond of Thomas, and thinks that Zoe and Carter are refreshing in the Bold and the Beautiful column.

It has been a dangerous time to be in Salem. Belle found someone’s hands around her throat and the town was ripped by an explosion. Is all of this making Gwen more desperate to get what she wants, and fast? Abigail better prepare herself for trouble. But there is even more trouble on the way since Jan Spears has returned to town. See what Camila Banus (Gabi) did to catch people’s attention on Instagram ahead of her character’s return. Then learn why Chrishell Stause (Jordan) is so happy to be moving on from Justin Hartley (ex-Adam Newman, Young and Restless). Victoria Konefal (Ciara) shared details on an incident that caused her some mental turmoil and Bryan Dattilo updated his fans on the future of Lucas. Whatever it is, it will be happening in the wake of Will (Chandler Massey) leaving the canvas. Check out our feature on everything you need to know about Will and Sonny. Alison Sweeney (Sami) talked about how emotional things got when she had to say goodbye to her fictional son. The actress is currently in quarantine and trying to make the most of it. And read about Paul Telfer returning to NBC studios to shoot new scenes as Xander in our Days of our Lives news room. Finally, Christine weighs in on the unsatisfying legal drama, the way the show keeps alienating fans, and found a few things to cringe at in her Days of our Lives column.

Bryan Craig (ex-Morgan) has left his fans guessing. The actor hinted that he may return to daytime, but that doesn’t mean you’ll be seeing him in Port Charles. His former onscreen mother Laura Wright (Carly) teased people in a different way by revealing her new look. Are Carly and Sonny on the way to another break-up? It’s starting to look that way. Maurice Benard (Sonny) announced his plans to retire… eventually. And the story of Nina’s offspring just won’t go away. After months of uncertainty between Nelle and Willow, it now looks like she might not have had a daughter at all, but a son. We ponder who it could be. Find out how James Patrick Stuart (Valentin) reacted when Michelle Stafford announced that she was leaving the role of Nina behind. The actor also recently suffered a hard loss. Find out what it was before pondering where Nelle could be since it’s so unlikely she’s dead. It looks like another mystery could be solved soon. We may soon know if Peter is really Anna’s son after all. But will this be revealed before his life with Maxie can be destroyed? Alexis just reunited with Neil, but that already fell apart when their trip to bed had to take a b-line to the morgue. See how fans reacted to the former shrink’s unexpected demise and what this could mean for the future of Alexis’ love life. With Nathan Parsons set to return as Ethan, will he be bringing the truth about Holly with him? And don’t miss Emme Rylan’s daughter giving her dad a makeover in our General Hospital news room. Plus, Dustin wonders what the point of bringing Neil and Alexis back together was, thinks too much is revolving around Cyrus, doesn’t care for Willow and Michael, and is trying to be optimistic about Peter’s plot in the new General Hospital column.

Jack is lonely and looking for love. Luckily, there are a few women who could find their way into his life. Things aren’t looking quite so bright for his son. Kyle keeps saying he won’t hurt Summer, which leads us to suspect they are doomed. Brytni Sarpy (Elena) shared the moment that she really took note of Bryton James (Devon) and he talks about how embarrassed he was following an encounter with Days of our Lives Stephen Nichols (Steve). See how Eileen Davidson (Ashley) addressed rumors that she would be coming back to daytime permanently and learn what hints Christel Khalil (Lily) has been dropping about some significant shifts coming up for the show. This will certainly include the major choice that Amanda has made that is destined to shake up some lives in Genoa City. We only hope that it will include salvaging the disaster that they have made of Adam’s story. Get our thoughts on that and how a soap opera supervillain celebrated a milestone in their real-life in our Young and the Restless news room. Finally, Candace is frustrated with the focus on Adam and Billy, relieved that the show finally got around to the Amanda/Hilary issue, but wishes Chance saw red flags where Abby is concerned in her latest The Young and the Restless column.

Get the soap news, spoilers and interviews in your inbox daily with Soaps.com’s newsletter. And have a look through the gallery of soap character deaths that nearly killed us.

Nitpicking the Week in Soaps, From...

Is General Hospital Ready to...