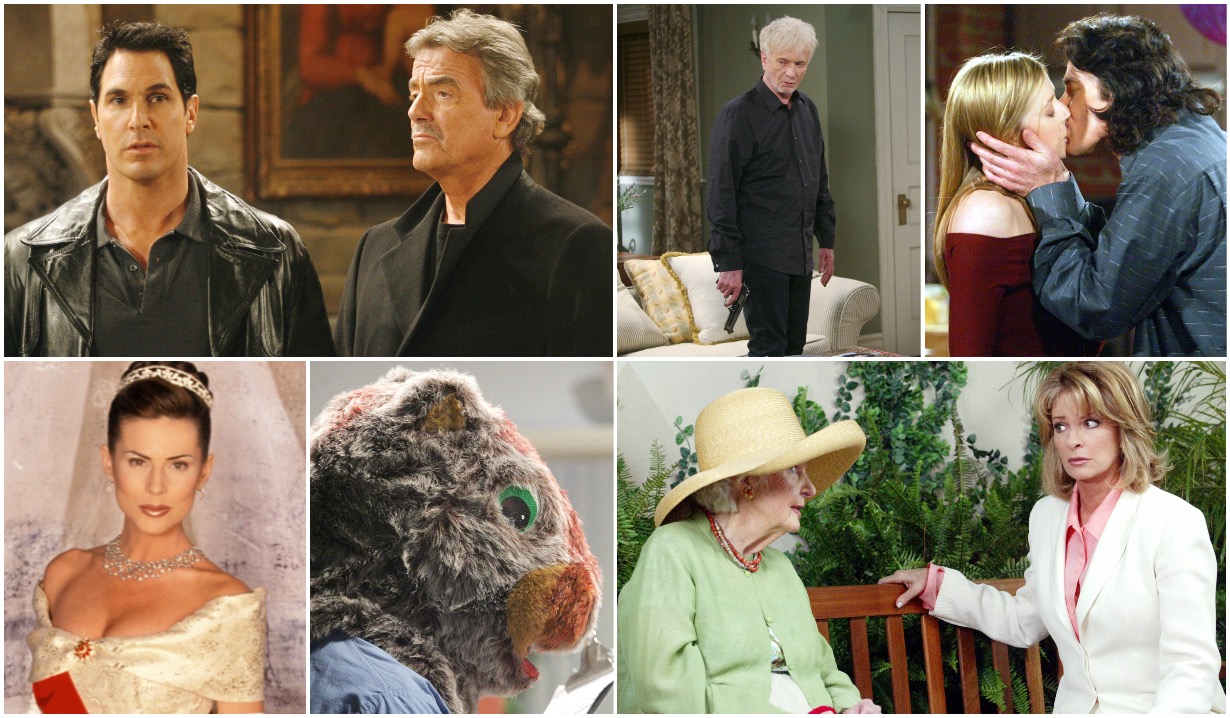 What’s that smell? Er, it’s these storylines. Pass the air freshener, would ya?

“What makes a soap plot harebrained?” we recently asked on SheKnows Soaps Facebook page. And you were kind enough to answer, discussing pet peeves from baby swaps to bed-hopping. “I think the killer to a storyline is when it seems to have no clear direction and stalls out with repetitive dialogue,” suggested Bobby Pauley, a lifelong daytime fan. “I like a storyline that has clues or hints to where it’s headed.”

For Jessie Thorne, the deal-breaker is “when the history of the character is completely rewritten, and past storylines [are] wiped clean as if [they] never happened.” Good point: If we remember what happened to the characters, so should the characters — and certainly the shows’ scribes.

Lisa J. Hartman, though a fan of supernatural fare like… well, Supernatural, doesn’t like plots that are too far-out like “Eterna on One Life to Live, Casey the Alien on General Hospital and the vampire story on Port Charles.” Along those lines, most of you weren’t keen on daytime’s tendency to resurrect the deceased. “Let them be dead,” cried Sally Locklar Nagel, “especially the ones on General Hospital.” If we wanted zombies, we’d watch The Walking Dead, right?

Below, you’ll find a Top 10 — or would that be a Bottom 10? — list of our picks for soaps’ worst plots ever. Now, truth be told, we don’t actually hate all of the storylines that made this unfortunate countdown. But they were all so silly, so senseless, so completely and totally WTH, we couldn’t bring ourselves to exclude them. You’ll understand why when you dive in. First, though, we should tee up fair warning about the insanity to which you’re about to bear witness (and, since you seem to have been watching for as long as we have, probably not for the first time!).

Included in our list is a storyline from The Young and the Restless that can still make us shudder just from its mention, a General Hospital twist that wasn’t so much ripped from the headlines as it was torn from a primetime show, a Days of our Lives arc that made the comics’ Swamp Thing seem believable by comparison, and a proposed pairing on The Bold and the Beautiful that had an “ick” factor that was higher even than last season’s fashions. Oh, and there’s a storyline from Passions, too, though c’mon, people, let’s be real — the question there wasn’t whether there would be one but which one would be the “winner.”

Sooo… which plots left us twisted, and not necessarily in a good way? Find out by click-clickety-clicking on the photo gallery below. Then, by all means, hit the comments with your suggestions for the DOA stories that you think that our “Top 10” should have included. Get your free daily soap opera fix for all soaps delivered to your email inbox by signing up for Soaps.com’s newsletter.

In Loving Memory of the Soap Alum...

Physical Renewed for Season 2 at Apple