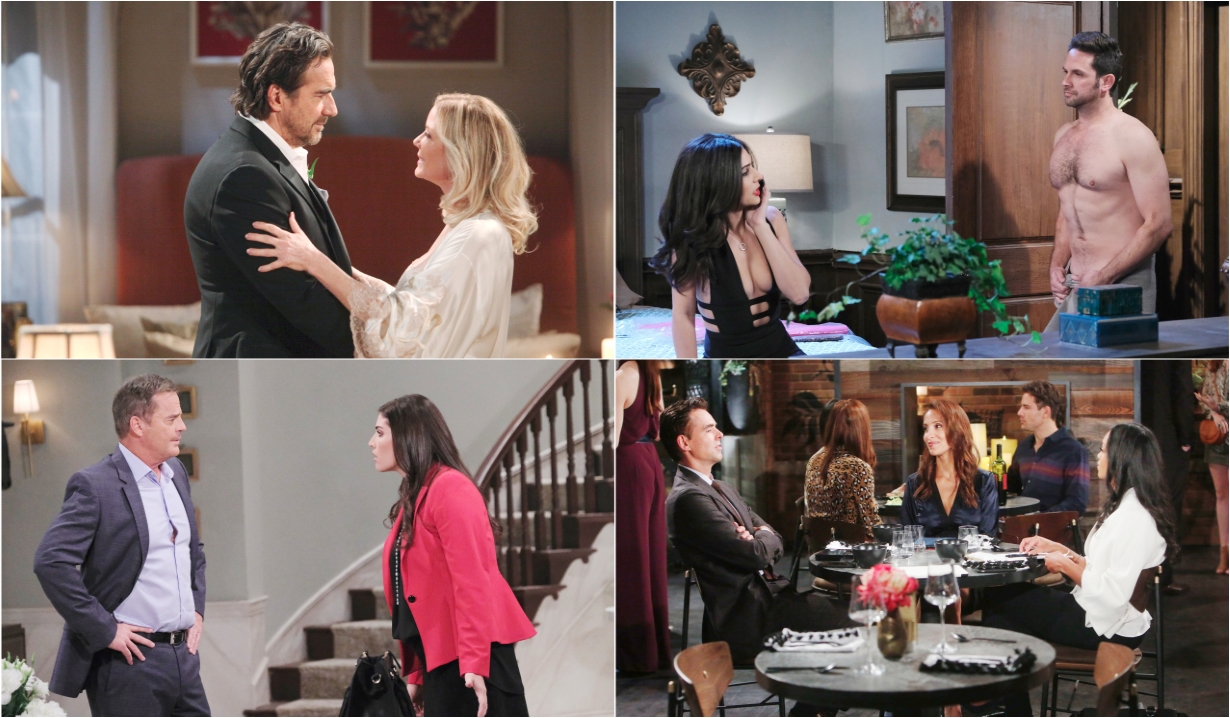 Now that all four soaps are back on the air, you won’t want to miss a hint at what’s ahead for the week of August 10 – 14 with spoilers for The Bold and the Beautiful, Days of our Lives, General Hospital, and The Young and the Restless, plus Days and General Hospital spoilers from August 17 – 21.

Thomas has a hard time watching Steffy in pain and urges her to take her medication. But will that be enough? Although she is doing her best to downplay how much she is suffering, Steffy soon takes all the pills she has. As she lurches toward losing it, Brooke is busy planning to give Ridge a night he’ll never forget. However, it looks more like a night that will never happen. As Quinn is forcing Shauna to keep what they did a secret, Ridge heads to Brooke to confess that he’s now married to another woman. Brooke immediately runs off to tell Donna that Ridge got married to Shauna in Vegas and fears she has really lost this time. Meanwhile, Zoe and Hope decide it’s time to bury their past conflicts for the sake of Hope for the Future, and Wyatt and Flo celebrate being back together. Get even more by reading the Bold and the Beautiful spoilers.

The effects of being brainwashed continue to haunt Ben as he tries to adjust to life with Ciara. However, thoughts of strangling her are getting in the way of comfort. No doubt making matters worse, Eve saunters into Salem and Ben is soon bumping into Vincent at Marlena’s office. Across town, Will and Sami try to bury the hatchet. Her problems with her daughter are not so easily solved. Sami, Nicole, and Eric soon set out to search for Allie, who Claire is doing her best to cover for. Meanwhile, things are looking up for Rafe and Hope as they share a tender moment. The same can’t be said for Jake and Gwen, who get into a bitter fight about his relationship with Gabi. How will that change after they receive some surprising news? Read the Days of our Lives spoilers to discover who kisses Chad.

While Willow is dealing with a surprise visitor, Julian is catching up with his sister. As Ava digests the latest gossip, Sam is trying to wrap her head around what Brando is really up to. It’s a week of dramatic ups and downs for her, but by the end, she’s feeling a little optimism. Lulu is also feeling hopeful as she goes looking for favors and squares off against Cyrus. Everyone seems curious about what Renault has planned, including Terry. Curtis remains confrontational about the whole situation as Jordan keeps lying to cover up her role. Hearing that Cyrus is feeling generous, Lucy goes after him and is soon making a big announcement. Across Port Charles, things get even sourer between Franco and Nikolas. This also causes friction for him and Liz. No doubt making things worse, Franco gives Ava a shoulder to cry on. And Ned calls an emergency meeting to try and sort things out at ELQ, but this is only the start of his problems thanks to Brook Lynn’s latest decisions. Check out our General Hospital spoilers to find out what Anna wishes Finn would do.

More: Could Brenda be returning to General Hospital?

In the first wave of brand new Young and Restless episodes, Sharon tries to maintain her composure as she deals with her complex feelings following her surgery. Billy and Lily have some complex feelings to sort out as they debate a potential new employee for Chancellor. Phyllis isn’t shy about telling Abby how she feels about her latest choices. The redhead may get a taste of her own medicine when Summer opens up about Nick’s reunion with Phyllis. Meanwhile, Victor and Chelsea try to put their differences to the side so they can help Adam. Will things be made better when Jack weighs in with some advice about family? Nikki’s attempts to help clearly aren’t working out as well as she was hoping. As Adam digs for evidence to clear him of an old crime, Ashley returns to Genoa City and provides a reminder that the Abbott family has as many skeletons in its closet as the Newmans do. Visit The Young and the Restless spoilers to find out who Amanda is bonding with after she puts some distance between herself and Nate.

Get the soap news, spoilers and interviews in your inbox daily with Soaps.com’s newsletter. And have a look through the gallery of Ben’s torture on Days of our Lives. 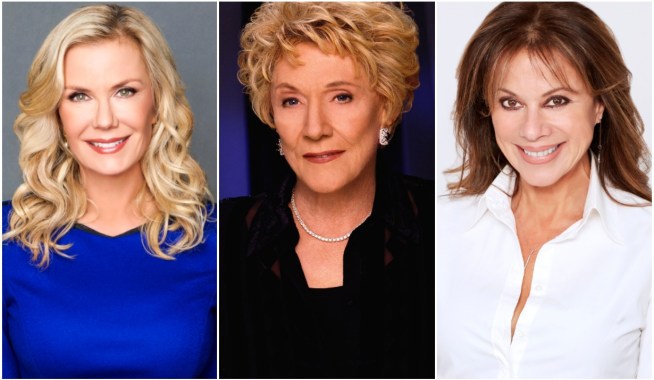 Soaps' Best and Worst Temps: 6 Short-Term Recasts That Worked… and 6 That, Uh, Didn't… at All… in the Slightest… Like, It Was Bad

You Won't *Believe* How Old They Really Are! 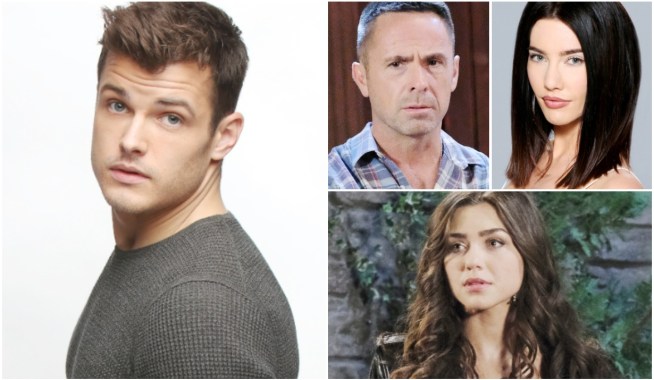