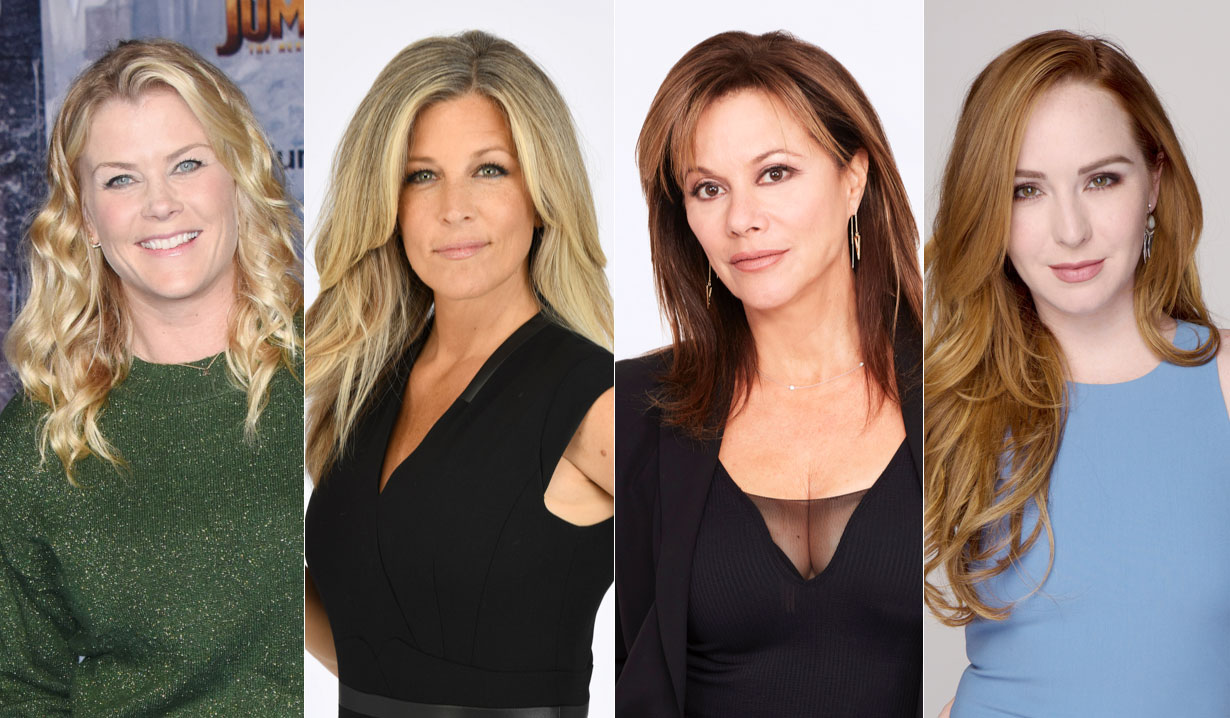 Last night at 8:23 PM PST a 3.9 earthquake struck California, with the epicenter marked 13.9 miles from San Ardo. This morning a second one struck at 4:38 AM PST, this time a 4.2 magnitude quake that rocked the San Fernando Valley area. It was centered near Pacoima, which is 23 miles northwest of Los Angeles. It was originally reported to be at a magnitude of 4.5 but has since been downgraded.

Well who needs an alarm clock when you have earth quakes 🙃😊😳. Good morning!!

Me either. Coffee time !

An upset Alison Sweeney, Days of our Lives Sami Brady, tweeted, “Now I can’t go back to sleep!” Wright responded, “Me either, coffee time!”

Mimicking the old coffee advertisement for Folgers, Young and the Restless’ Camryn Grimes tweeted the line, emphasized with musical notes, “The best part of waaaking up is a 4.5 earthquake at 4:30 in the morniiiing!”

Is there anything else Mother Nature would like to say this morning or am I free to mask up & go to work? pic.twitter.com/AWuZPMiZQk

General Hospital’s Nancy Lee Grahn, Alexis Davis, tweeted a photo of a broken picture frame and wrote, “Is there anything else Mother Nature would like to say this morning or am I free to mask up & go to work?” Recently the cast of General Hospital has resumed filming new episodes, which begin airing on Monday August 3.

Here’s the crazy part!!
This mornings quake in LA happeend at 4:30am, which was the exact same time the Northridge quake in Jan of 94 took place! #LA #Earthquake #LosAngeles #Northridge pic.twitter.com/Euj8HJJzwo

Bold and the Beautiful’s Denise Richards (Shauna Fulton) posted a photo of her cute dog George, with the caption, “George is not ready to get up especially being woken up by the earthquake.” Katrina Bowden responded, “My dogs [went] nuts when it happened.😳😳”

California is no stranger to earthquakes. An average of five earthquakes a year with magnitudes between 4.0 and 5.0 occur in the greater Los Angeles area, according to a recent three-year data sample. On Monday the Santa Monica area was jolted by a 2.3 earthquake in the early morning. These recent quakes, along with ones in the Nevada desert over the past month, have many concerned about a larger one to come.

Get the latest news by signing up for Soaps.com’s newsletter, and check out the photo gallery below of past soap operas we still miss and want back on television.

The 5 Cancelled Soaps We Most Want...