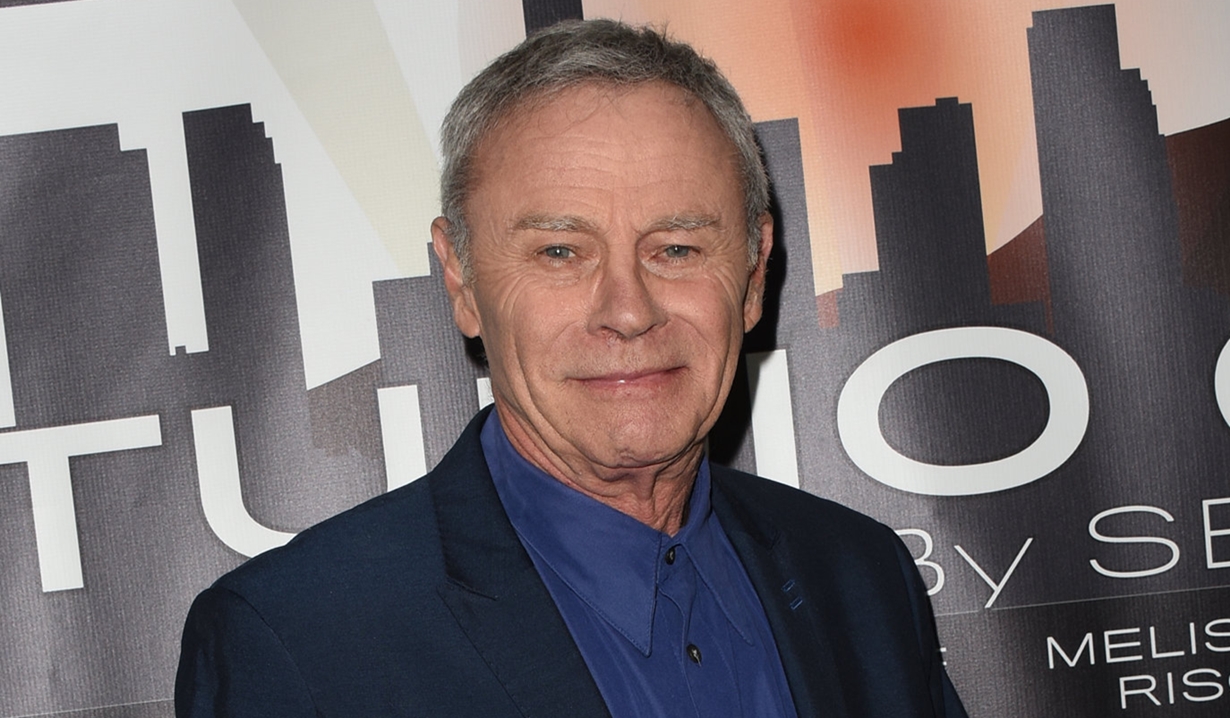 Actor Tristan Rogers, whose daytime career has spanned 40 years took home his first Daytime Emmy on Sunday June 19 in the category of Outstanding Performance by a Supporting Actor in a Digital Drama Series for his role as Doc in the digital series Studio City, starring Sean Kanan (Deacon Sharpe, Bold and Beautiful/Young and Restless). Rogers plays a father figure character to Kanan’s Sam Stevens in season one of the new offering that streams on Amazon Prime, and the pair can be seen in a clip from his submitted scenes:

Kanan, who produced Studio City along with his wife, Michele Kanan, took to social media to congratulate Rogers and enthused, “Congratulations to my dear friend @tristanrogers on his @DaytimeEmmys win for best supporting actor. I told you if you trusted me you would take home the gold. I love you brother.”

Congratulations to my dear friend @tristanrogers on his @DaytimeEmmys win for best supporting actor. I told you I’d you trusted me you would take home the gold. I love you brother.

Rogers, who debuted as Robert Scorpio on General Hospital in December 1980 and has played the role on and off ever since, is also known for his stints as Colin Atkinson on Young and Restless, and to Bold and Beautiful audiences for his turn as Hunter Jones. The actor also appeared as Commissioner Lex Martin on another digital series, The Bay, which took home the Daytime Emmy award for Best Digital Drama Series on Sunday.

Other daytime notables who took home gold included Days of our Lives alums Jade Harlow (Sheryl Connors; Jessica Bennett, Passions), who was honored as Best Actress in a Digital Drama for her role as Lianna Ramos on The Bay, and Kevin Spritas (Craig Wesley), who was part of the Best Writing Team for a Digital Drama for After Forever, on which he also plays the role of Brian. See our sister site, Deadline, for a full list of Daytime Emmy digital drama winners.

Check out the gallery from Studio City’s red carpet premiere, then make sure you’re signed up for Soaps.com’s newsletter to get more up-to-the-minute soap news delivered straight to your inbox.

<p>Backdrop of Studio City, Sean Kanan’s digital series. Kanan’s also no stranger to soaps having had roles on Bold and Beautiful as Deacon Sharpe and General Hospital as AJ Quartermaine.<br />  </p>

<p>Mark Grossman is with Sharon Case in Reseda for the screening. The couple is on Y&R as Adam Newman and Sharon Newman.</p>

<p>Judith Chapman played Natalie Hughes on As The World Turns, Ginny Webber on General Hospital, Sandra Montaigne on One Life to Live and Anjelica Deveraux on Days of our Lives<em>.</em> She currently plays Gloria Bardwell on Y&R.</p>

<p>Vincent Irizarry and guest. Irizarry’s well known for his role as Lujack Spaulding on Guiding Light, David Hayward on All My Childre<em>n</em>, Y&R’s David Chow and Days of our Lives’ Deimos Kiriakis.</p>

<p>Carolyn Hennesy proud in front of the Studio City digital series poster. Hennesy plays GH’s Diane Miller. She also was on Y&R as Penelope Quinlan for an episode.</p>

<p>Tristan Rogers came out last night for the screening. He’s known for his role as Robert Scorpio on General Hospital and Y&R as Colin Atkinson. </p>

<p>Sarah Brown with her nephew at the screening. Brown’s been in many soaps, playing Aggie Jones on Bold and Beautiful, Madison James on Days of our Lives, Claudia Zacchara on General Hospital as well as being the one to originate the role of Carly Corinthos on <em>GH</em>. Before that, she was Julie Morrissey Larrabee on As The World Turns.</p>

<p>B&B/Days’ Patrika Darbo at the Screening of Amazon’s Studio City. Darbo portrayed Sally on B&B and Nancy on Days.<br />  </p>

<p>Eva LaRue attends the screening. She plays Celeste Rosales, the matriarch of the Rosales clan. LaRue also portrayed Dr. Maria Santos on All My Children<em>.</em></p>

<p>Max Gail attends the Screening of Studio City. Gail is also a part of the General Hospital cast as Sonny’s father, Mike Corbin.</p> 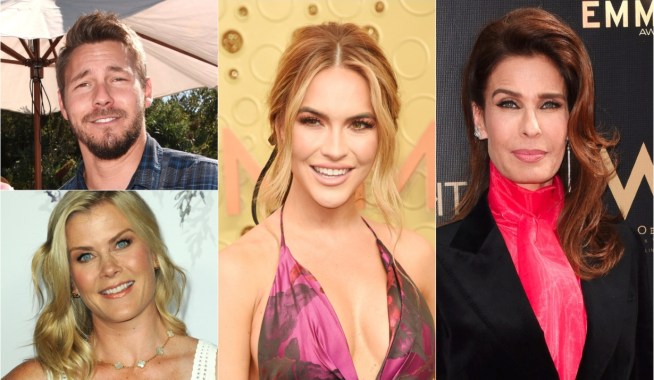 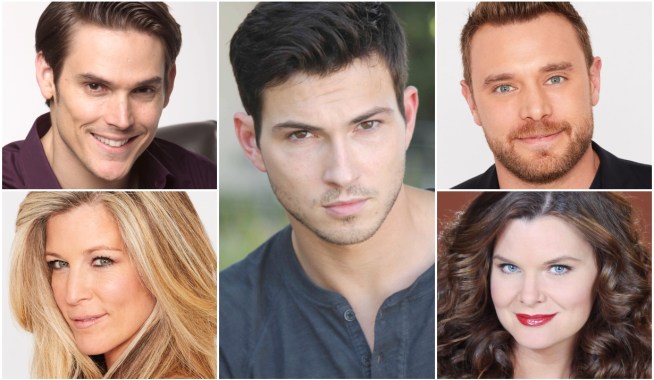