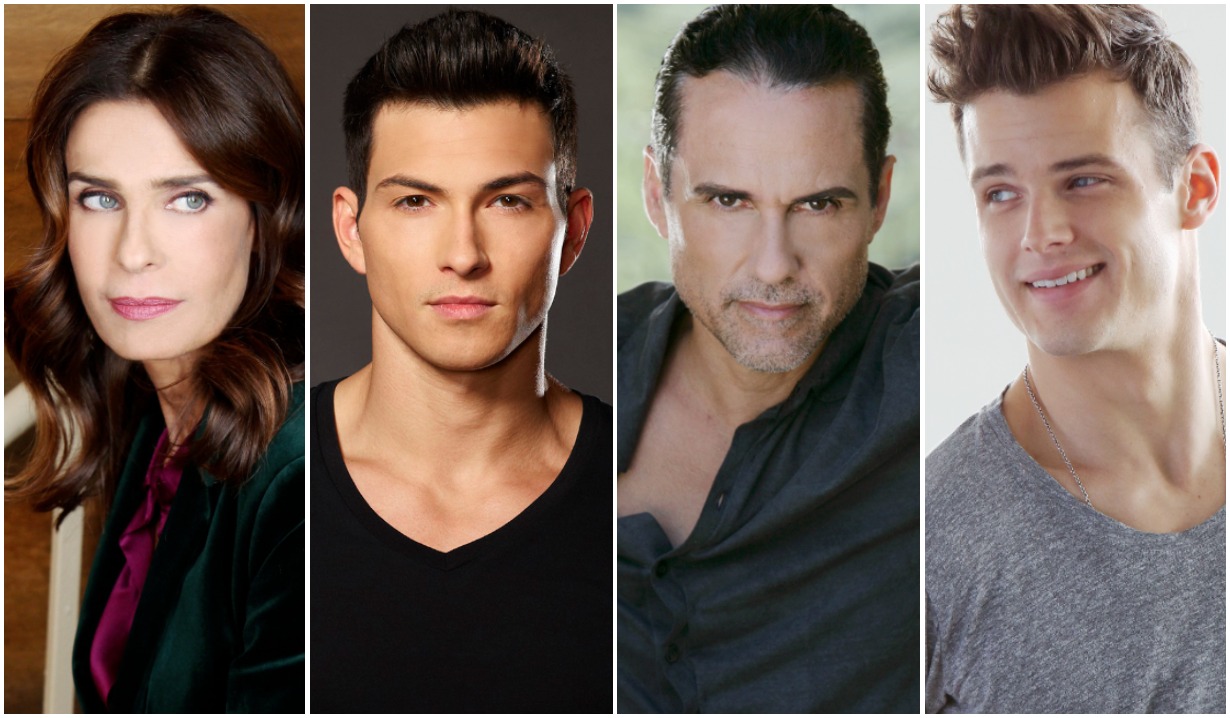 It’s not just us that loves them, the camera does, too — and, as these pictures prove, always has.

Many an actor, from daytime or any other genre, began their career as a model. That’ll happen when people are so photogenic that’s it’s all but unfair to us mere mortals. Yet we suspect you’ll still be surprised by at least a couple of the images below, of stars from The Young and the Restless, General Hospital, Days of our Lives and The Bold and the Beautiful.

Turns out, before they were turning heads on afternoon TV, they were pulling focus in front of still photographers’ cameras. Take a look, and see if you aren’t immediately transformed into Tyra Banks saying to each and every one of them, “You are still in the running toward becoming America’s next top model.”

“Sometimes,” General Hospital’s Sonny wrote on Instagram, “you find a picture that is so ludicrous that you have to put up my unsuccessful modeling days.” And for that, we can all be grateful.

It’s MY BIRTHDAY-So I decided to go out and have my friend @justjimwarren shoot a picture of me. Sitting on a Rolls-Royce reading-(NOTHING GENERAL ABOUT IT)😎📖😎 #happybirthday 2me#family #love #greattimeswithgreatpeople . • @sharkogram @williammorrowbooks @barnesandnoble @harpercollins

Ladies with an attitude, fellas that were in the mood… Vogue… brought to you via an old, old magazine cover featuring none other than the poser-turned-leading lady who plays Days of our Lives’ Hope.

Way back #back #wednesday 😉 @voguemagazine Wishing u all a #life #time of #kindness & #happiness .

The Young and the Restless’ Kyle celebrated National Donut Day with a hot shot from what he called “a time before I ate donuts.” Dunno. We think he’s held up pretty well since discovering breakfast.

A time before I ate donuts…Happy National Donut Day!

Truth be told, we can’t be 100-percent sure that this is a modeling shot from the portfolio of the actor who plays Chase on General Hospital. But even if this is just how he gets dressed — or undressed — it’s certainly still worthy of being memorialized on film, wouldn’t you agree?

Some of us emerge from pools of water looking like drowned rats. Others, like the knockout who brings to life The Bold and the Beautiful’s Steffy, come up for air like this — looking for all the world like they were born to take away our breath.

“Man,” Instagrammed the Days of our Lives star who plays Ben, “I don’t know who let some kid from Massachusetts get the cover of Newport Beach Magazine.” Probably someone — i.e., anyone — who’s seen him.

Man, I don't know who let some kid from MA get the cover of @newportbeachmag .. but I appreciate it!🙏🏼😜 📷: @marksacrophotography – @pelicanhillresort

While posing for these glamour shots, The Bold and the Beautiful’s Hope took a moment to craft “an appreciation post for the crew behind scenes,” in particular the “makeup artists who take our sleep-deprived faces and make us look alive… the hair department that gives us luscious locks” — and acts as “on-set therapists” every step of the way.”

This is an appreciation post for the crew behind the scenes. The makeup artists who take our sleep deprived faces and make us look alive. The hair department that gives us the luscious locks I wouldn’t know how to achieve in real life. And more than that, they are our on set therapists and biggest support teams. They have wiped away many tears, been a safe place to talk, and make us all the better for it. Performance is a collaborative art and I could not have gotten through the last year without the amazing crew of our show. This one’s for you. 📸: @heirlumephotography 💄: @staceyalfanomakeup

Rare is the wall that was ever held up in more gorgeous fashion than this brick one, thanks to Days of our Lives’ Ciara. We can only imagine that it would have crumbled, had she not leaned in during this edgy photo shoot.

Loved working with the talented photographer @jeanpaulsanpedro on this shoot. Thank you hermano. #cuba

Guess it shouldn’t be a shock that Days of our Lives’ Lani takes amazing modeling shots — she did, after all, win Season 9 of America’s Next Top Model!

In the mood for more blasts from the past? Check out the photo gallery below that recalls some real-life couples that we have a feeling you’ve forgotten all about.